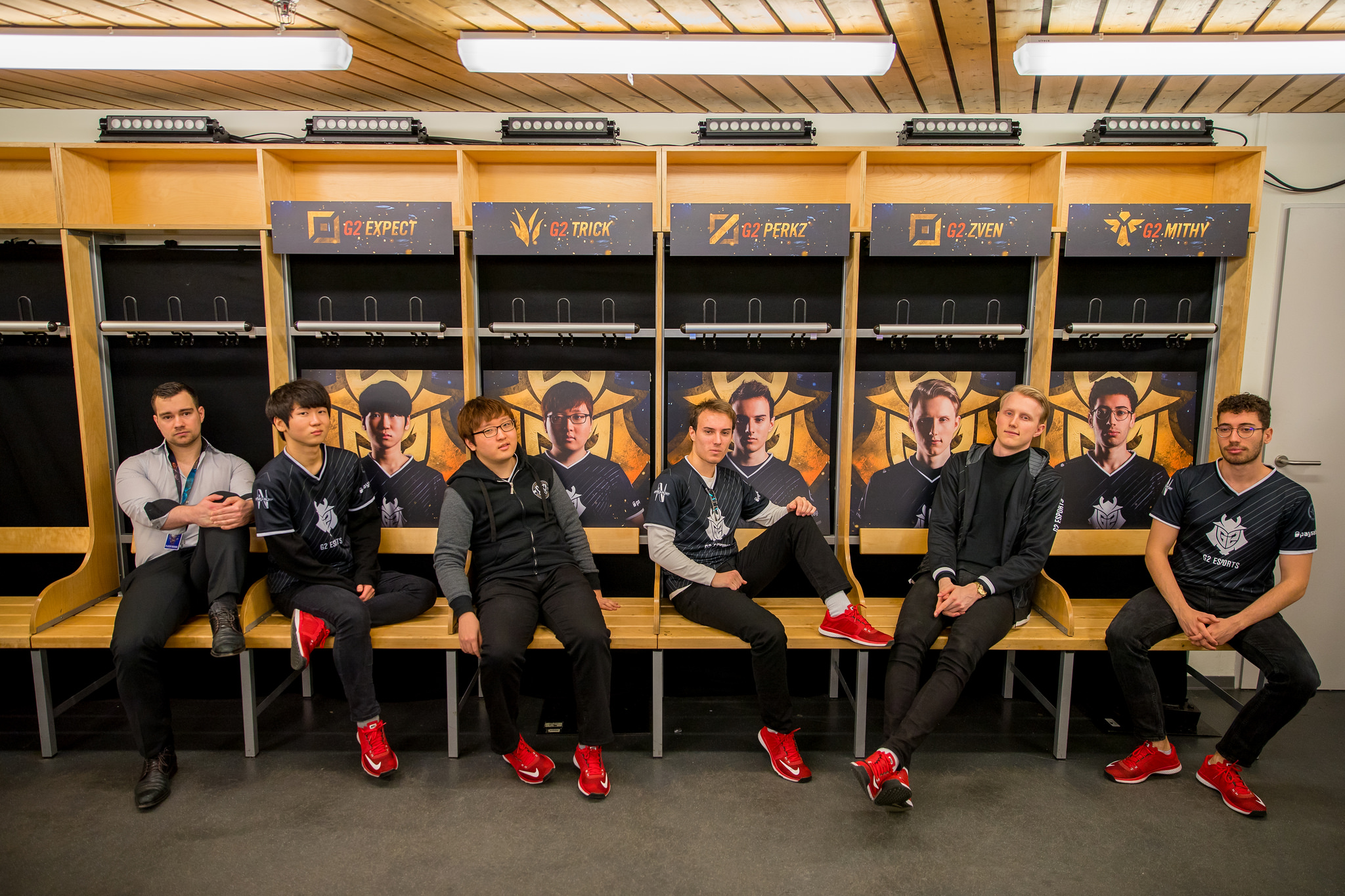 G2 Esports struggles at international League of Legends events. The team, which has been dominant in Europe in recent years, has never able to take their regional form and translate it to the global stage.

G2 rules Europe through a combination of strong macro play and solid individual effort. But against other regions, their macro play falls apart in a litany of mistakes. The players suffer in their matchups as well, especially jungler Kim “Trick” Gang-yun and mid laner Luka “PerkZ” Perković.

G2 try to go even in the top and bottom lanes in the EU LCS and then force a play on whichever side has a slight advantage. When G2 go against a team that they haven’t played against or had scrims with multiple times—a team they don’t know in-and-out—they suffer.

At the first game at Worlds 2016, against CLG, G2 got off to a blistering start, winning first blood, however, G2 then left ADC Jesper “Zven” Svenningsen alone in the botlane,giving CLG the perfect opportunity to take a kill, and turn the game around in their favor.

G2 then launched a sloppy counter-attack to try and avenge Zven’s unneeded death, but CLG came out on top. With the early game plan now out the window for G2 Esports, the team was pressured to find an advantage in the early game. But it backfired. G2 fell apart shortly afterwards.

The team is also often too aggressive, even when they lack proper advantage or vision control. Trick, in particular, is guilty of this. Just look at G2’s game against ROX Tigers at Worlds 2016.

After securing first blood for Ki “Expect” Dae-han up in the top lane, Trick immediately set his sights on the mid lane to give PerkZ the same attention. This backfired, though, as Trick went too hard, chasing the ROX Tigers midlaner under tower to his death and gifting ROX a kill they should not have been able to get.

PerkZ also has his share of problems, which often translates to a poor mid lane with awful river control. At the IEM Katowice finals, Flash Wolves jungler Hung “Karsa” Hau-Hsuan and mid laner Huang “Maple” Yi-Tang were able to take full control of the game from PerkZ and Trick. It was in game two, when Perkz was playing Jayce, that his international troubles really began to show themselves.

All Perkz needed to do was keep Maple at bay long enough for G2 to gain an advantage in one of the other lanes. Then, it was all down to Perkz to use Jayce’s superior split pushing capabilities to force Flash Wolves to react. This would’ve led to G2 controlling the game as it would have forced Maple to rotate and deal with Perkz, keeping him away from important four-on-four matchups in the other lanes.

Instead, Perkz stayed in midlane, farming. G2 was shortly caught out during a contest for a cloud drake 21 minutes in, which they lost pitifully, giving Flash Wolves the man advantage to take the Baron shortly afterwards.

Maple was just far more impactful in the game as a split pusher than PerkZ, and with Trick falling behind to Karsa, it gave Flash Wolves more map control to successfully extend their macro game throughout the series.

If G2 want to have a good showing at MSI 2017, vision control needs to improve. The team will need to pull up videos of previous matches, look at the plays that cost them on the international stage, and be critical of their performances.

Weldon Green, G2’s assistant coach who joined the team last split, will be a crucial addition to the organization in fighting these mental blocks that occur on stage. In a recent video, published by G2 Esports on Youtube, you can see exactly what he is doing for the team in the long run. He is having the players think like champions, believe in their abilities, and is trying to help the team not only learn from their mistakes, but focus on them to see what they did wrong and how they can improve from them.

G2 are going up against some of the greatest players and teams in the world at MSI 2017. One mistake could cost them everything. We saw what happened when teams get complacent in the match between TSM and Gigabyte Marines in the Play-In round. TSM almost lost against the wildcard team because they didn’t respect their opponent enough.

It is now or never for G2 Esports. It’s time to step up or go home.