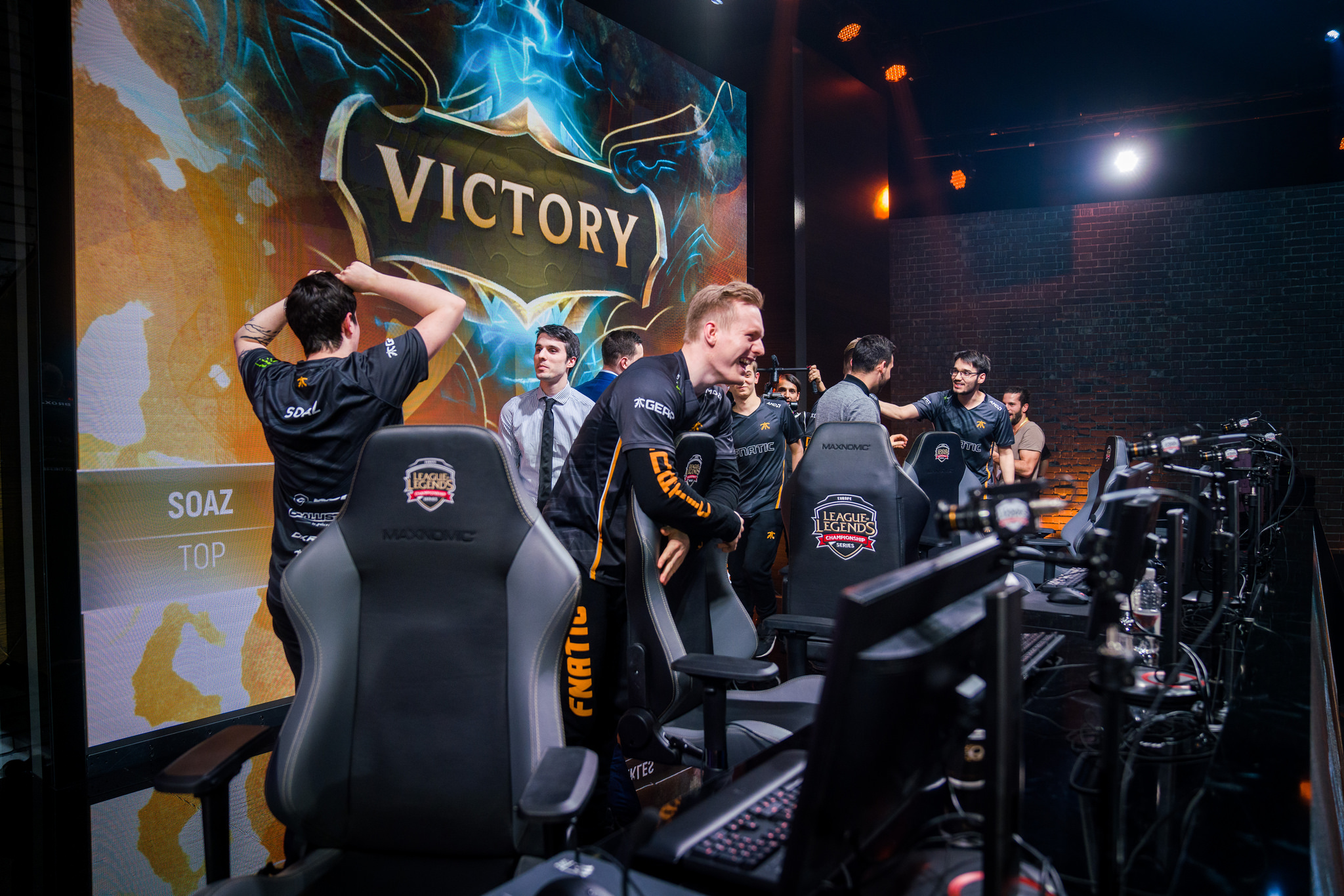 According to Riot Games, the EU LCS match of the week between Misfits and Fnatic happened on Friday. Riot was wrong. It got the Fnatic part right, but the most hyped, important game of this week should have been Saturday’s bout between Fnatic and Vitality.

Vitality, for all their recent struggles, have performed at a more uniformly high level than Misfits this year. After stopping their recent slide with a win on Friday, they got to show against another top team in Fnatic whether they’ve fully adapted to the new meta. And for the first 15 minutes of the game, they were more than up to the task.

Vitality got back to basics by focusing around star mid laner Daniel “Jiizuke” di Mauro’s Azir. Strong roams from all five players got him ahead. About the only thing that went right for Fnatic was that they lost so quickly, Baron hadn’t spawned, so Vitality couldn’t take it.

After getting punched in the mouth, Fnatic started fighting back. They even ran Vitality off an Infernal Drake, which would have been their second. That was okay for Vitality—if you had jungler Erberk “Gilius” Demir on your team, you would stay far away from smite fights, too.

The reason Vitality were afraid was quickly made clear when the Baron did spawn. Gilius and ADC Amadeu “Minitroupax” Carvalho thought they had a sneaky setup, with Minitroupax’s Caitlyn hitting Baron from over the wall. Everything went well until they just let Fnatic jungler Mads “Broxah” Brock-Pedersen walk in and smite it away.

But wait, there’s more. That Baron allowed Fnatic to get back in the game, but they couldn’t end. Vitality actually took a Baron for free after defending their base. But Fnatic held on through some teleport shenanigans to prevent their opponents from ending. The third Baron was started by Fnatic, giving Gilius a chance to redeem himself. He didn’t.

But it wasn’t over yet for Vitality. Their early-game control gave them a bunch of drakes, and with Fnatic’s tank dead, they ran straight for Elder Dragon. You know where this is headed. Broxah stole it again.

To be fair, this isn’t all Gilius’ fault. Azir and Thresh ults were both up and unused. Top laner Lucas “Cabochard ” Simon-Meslet didn’t help body block at all, despite having two forms of CC. But at the end of the day, smiting objectives is the jungler’s job. Gilius is the worst in the region at that, and he knows it.

Vitality have done great things this split when few expected them to. But unless they can figure out this key aspect of the game, they’ll always remain below the likes of Fnatic in the EU LCS.