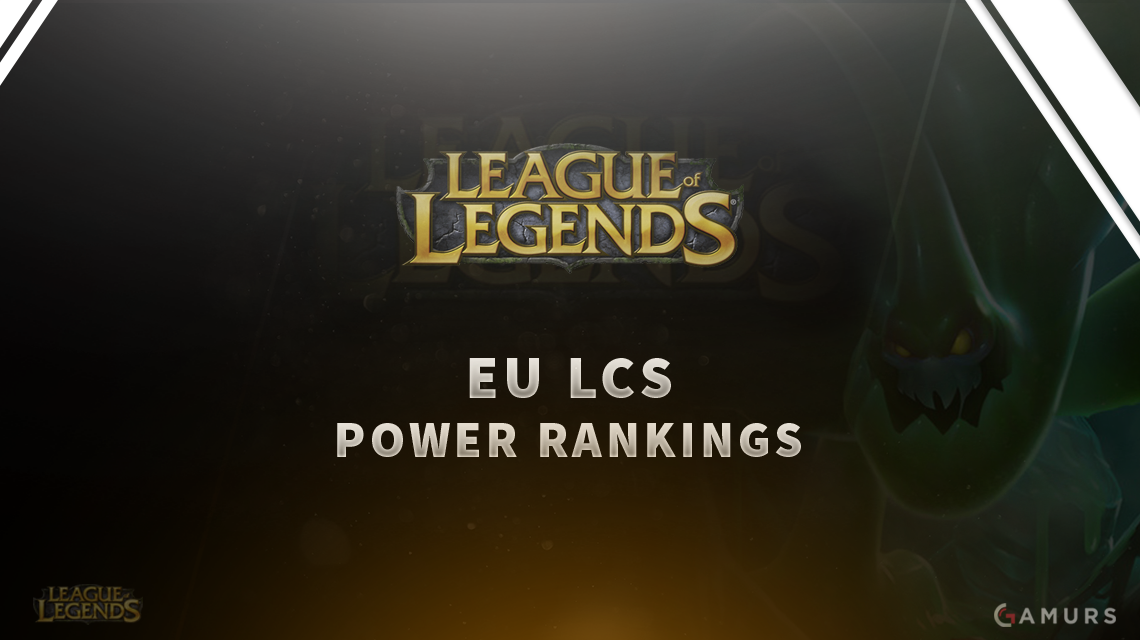 For the first time ever, GAMURS will be releasing weekly power rankings for the European League Championship Series. Every week, be sure to check back here for updated rankings.

Here are your EU LCS power rankings for this week.

Following a third place playoff finish in the spring split, Yellowstar returned from North America to give Fnatic a much needed veteran presence and an in-game shot caller. With top-three talent at every position, Fnatic looks to reclaim the crown and send Yellowstar to his sixth Worlds tournament.

Following another successful split, Xpeke looks to get his team to their second straight World tournament. In May, Origen lost their bot lane to G2, but the additions of Forg1ven and Hybrid leaves Origen just as strong as it was last split. Look for Origen to come out swinging in the first game of the split against G2.

After a second place regular season finish, H2k lost to Fnatic to finish fourth in the playoffs. The only major change that H2k made between splits was the addition of Freeze for the departed Forg1ven. While Forg1ven is regarded as the better individual ADC, Freeze is very highly regarded in professional circles. H2k could rise to the top in future power rankings.

Vitality overhauled their roster between splits, adding a Korean jungler and ADC. Mightybear and Police are relatively unknown players having seen limited action for Newbee and Apex respectively. Only time will tell if these additions will work out for Vitality.

UoL has remade their roster prior to this split with a new jungler, mid laner, and ADC. While Move and Exileh are names that LoL veterans might recognize, Veritas is a talented Solo Queue ADC that held Challenger status in three leagues at once (NA, KR, OCE). Little is known about the roster and they will most likely significantly move up and down the power rankings in coming weeks.

Schalke 04 could end up being the most intriguing story in this upcoming split and offseason. The current team is basically the same Elements team that finished seventh last split, but with the addition of Fox from UoL. While Schalke might not finish in the top six this split, their future is intriguing because they are backed by a major EU soccer team. If Schalke can escape relegation this split, they will most likely make some aggressive moves in the offseason.

After escaping relegation, ROCCAT turned around and nearly completely overhauled their lineup. Three new faces will be donning the ROCCAT blue this split: Steelback, Parang, and Raise. Parang and Raise come to EU from Korea Challenger team Stardust while Steelback continues his tour of the EU LCS, appearing on his fifth LCS team.