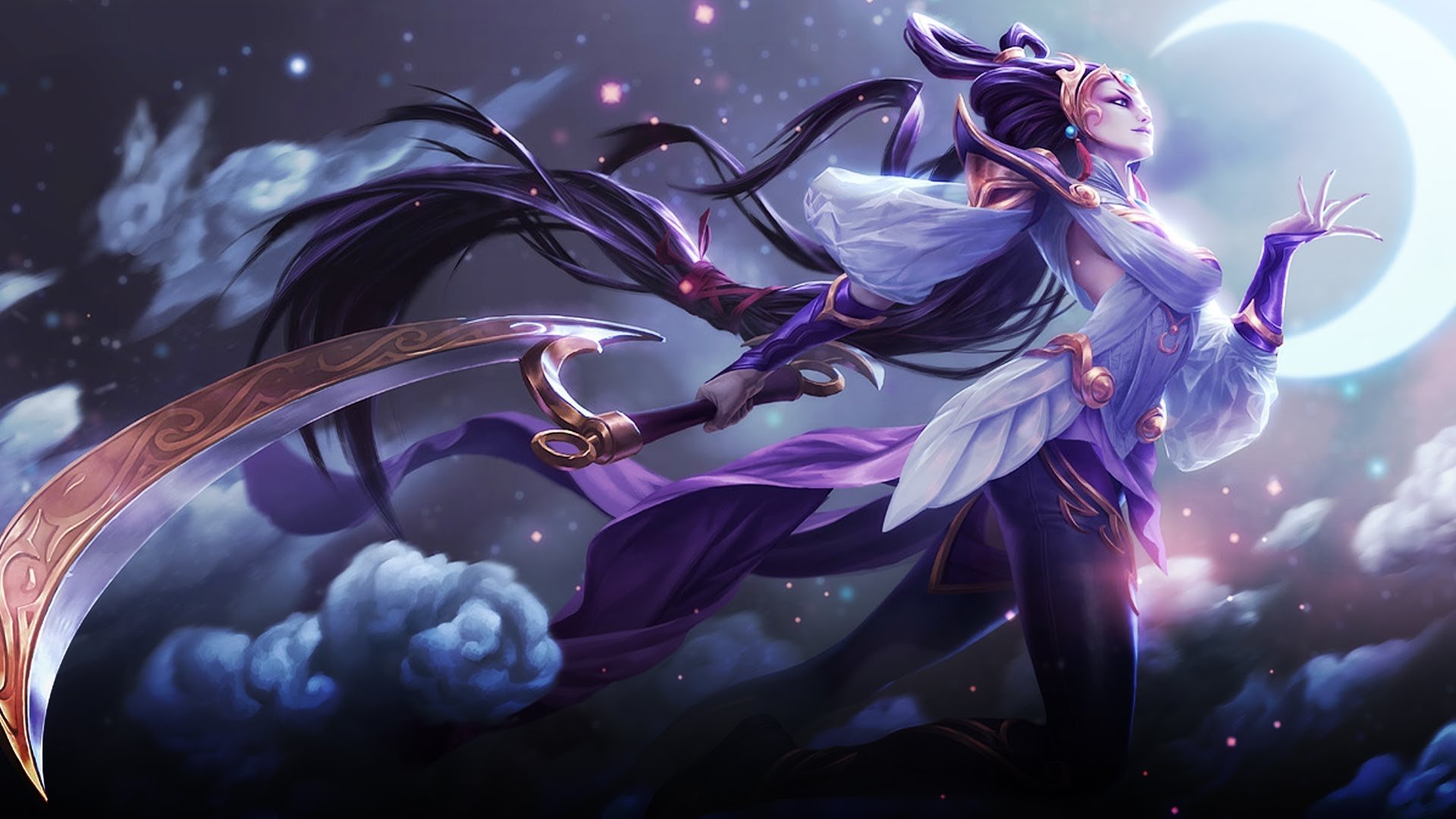 As today’s IEM’s action comes to a close, many were surprised by the return of a champion thought by the average league player to be nonviable: Diana. Diana is primarily played as a bruiser-esque assassin in the mid lane, as many of us saw today. Yet the question that arises is: Why Diana?

Lets Examine what Diana brings to the table as a champion and how she fits in with some of today’s compositions.

As mentioned previously Diana is primarily played mid, and while she can be taken Top or Jungle, mid lane provides the safest environment for Diana to thrive due to a number of reasons. First and foremost, Diana is heavily lacking in the mobility category. While her ultimate does provide some means of quick travel, it only does so with a target, severely limiting her escape potential.

Secondly, Diana is known to push lanes due to her Crescent Strike (Q) and Moon silver Blade (passive) which both often strike multiple minions. Doing so in the top lane makes it likelier she will be ganked by the enemy jungler. In competitive play a 1v2 scenario would be detrimental to Diana’s scaling potential as her only long range and safe csing tool is by means of her Q, which would quickly expend her mana.

Last but not least, there are at the moment a variety of picks which are superior to Diana in terms of top lane and jungle which provide more to a composition than herself.

Lets focus on the following games in which Diana was picked a provide a brief breakdown to each:

Diana excels at jumping on to a squishy target and blowing them up. Against GE’s composition that is quite a difficult thing to do. Maokais an excellent tank with a damage reduction ultimate, Rek’sai has good tankiness herself, Corki has an excellent escape ability coupled with Janna’s shield and peel. Lets not forget Viktor who does well against Diana in lane and has a few tools to fend her off himself. Considering SK’s team Diana still seems like an off pick…Good follow up with the Gnar pick, but Gnars engages are timely, and a solo Diana engage is not the most efficient. Mixed with the poke from Nidalee and Caitlyn, I can only wish that I possessed and more expansive knowledge to provide some explanation.

SK with the Diana pick yet again here, with this team however they give her the tools for success, a heavy initiate team comp with excellent follow up. With this Diana can jump in and a work her magic without fear of being heavily focused due to the other engage threats. YOE falls prey to Diana’s burst potential with all their squishy targets.

Again some strong initiation picks with Sion And Jarvan, we can see the logic going on behind the Diana pick, unfortunately for World Elite, TSM simply overpowered them.

Similar to the WE vs TSM game, the Diana pick was not pivotal to WE’s victory but rather their map movement and overall dominance. We did get a preview as to how scary a fed Diana can truly be, but any champion is a threat when fed, which brings us to our conclusion.

Diana is most definitely a viable pick in the competitive scene but requires some setup to pull the pick off. However she seems to require too many conditions to be a
consistently strong pick i.e strong initiate on ally team and squishy enemy team.

So why Diana, and why now?

Diana seems to be a benefactor of circumstance. Assassins that once shined bright in the mid lane have been toned down. AD casters such as Zed, Yasuo, and Talon have all received nerfs aplenty. While Zed is still picked and banned he no longer retains the attention he once commanded unless used by players who posses the utmost skill with him. Talon lost his silence, and with it playing time. Yasuo received nerfs to his shield and move speed, along with the fact that teams would have to build around him which itself poses a risk if he were to fall behind.

AP assassins that were mainstays received their fair share of nerfs. Syndra lost damage on her main spell and the width of her stun was reduced greatly, losing effectiveness. Kassadin’s kit was inherently too strong and provided little counter play so he too was gutted with the removal of his silence and received harsh range nerfs to his signature ultimate. Leblanc, a.k.a AP Zed, lost her Silence on her ultimate but retained her burst. Similar to Zed she requires an apt amount of skill. Ahri was changed to more of a mage type carry, her overall damage being reduced slightly, and the removal of Death fire grasp hurt her greatly as well as every AP champion.

By virtue of her kit Diana can counter many if not all of these champions, them being toned down only makes her a more attractive pick. With her passive attack speed, and empowered auto attacks she she tussle with any melee caster. Tack on her long range harass via her Crescent strike, she can farm and harass against ranged Ability powered champions.

Lets not forget to mention her incredible shield that scales off AP (ability power) and does damage as well, versatile in skirmishes with melee assassins or brushing off ranged harass from their AP counterparts.

Her third spell, Moonfall, is a one point wonder spell. Her only hard crowd control spell allows her to pull all enemies nearer to her, slowing them and allowing her to better proc her passive and shield damage.

Her ultimate, Lunar Rush, allows for chase and initiate, resetting when hitting a champion previously struck with her Crescent strike. By Shielding herself, landing a crescent strike,  jumping in , and casting Moonfall, Diana can wreak havoc.

Coupled with the fact that the top lane meta and jungle meta has shifted quite a bit allowing for more leeway in terms of team compositions. As we discussed nearly tediously, strong engage champions are good buffers for Diana, such as Hecarim, Sion, and Jarvan 4, all of whom have been making a mark competitively this past season. Diana is strongest when the team can follow up, as a solo initiation even with a bruiser/tank build can lead to her demise. With other more reliable tank champions leading the charge Diana can shine, also freeing her up to build more damage.

It seems as though teams are still toying with what exactly they want her to be, a few teleport spell choices allude to this. Designated split pusher? Bruiser Initiator? Glass cannon assassin? Only time will tell how patient teams are willing to be in learning and testing her capabilities. In a world where many teams value consistent known truths, it is unlikely that Diana will be picked up by other teams, and in all likelihood will remain a niche pick. Slowly but surely shell fade back into the darkness, but I doubt that she would mind.