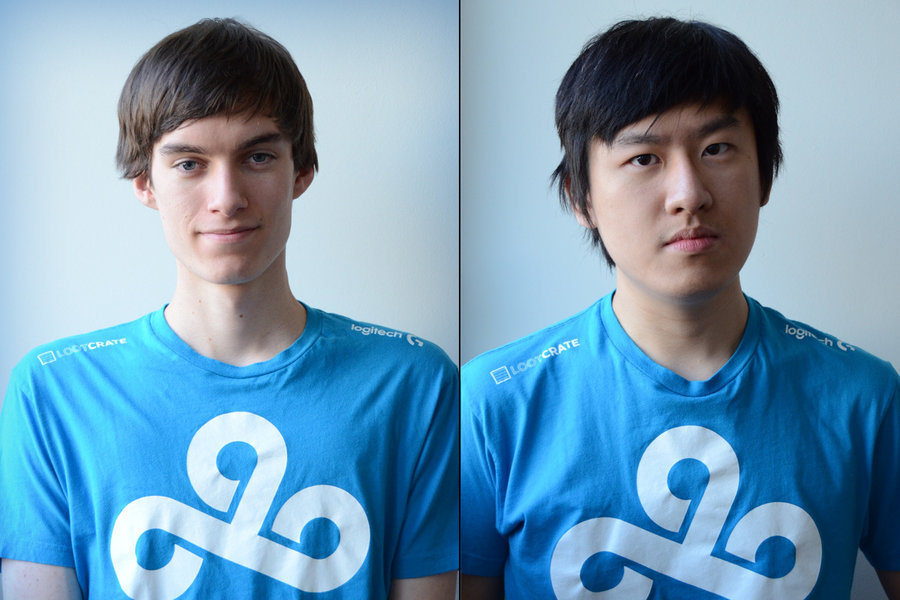 In traditional sports, teams are frequently divided into “contending teams” or “rebuilding teams.” Contending teams are built around established star players in their prime and aim to win the championship. Rebuilding teams are those which have fallen by the wayside, perhaps due to their stars aging or a lack of stars in the first place, and have decided to focus on molding younger players rather than competing for the championship. These teams hope that their younger players can one day develop into stars and bring them back into championship contention.

Clear analogues exist in competitive LoL. SKT, this year’s world championship winners, were clearly built for World Championship contention. Focused around star player Faker and loaded with experienced veterans, SKT’s goal was Worlds or bust. Meanwhile, a team like this year’s Samsung roster was built with the future in mind. Stocked with inexperienced rookies, the Samsung org was clearly hoping that some of them would develop into better players in time to contend during the Summer Split or even Season 6. Other times, teams completely teardown their rosters in the hope to contend immediately. This year’s TSM team, keeping only a single member from the previous season, is a good example of this. The new TSM line-up bears no resemblance to the previous squad, and the synergies and team strengths will be entirely new.

Rarely can teams manage to both rebuild and contend at the same time, keeping the core strengths of their aging lineup while resupplying it with fresh talent. Such a rebuild is considered one of the most skillful feats a manager can attempt – the NBA’s San Antonio Spurs have been lauded for consistently retooling the roster around their now 39-year old star Tim Duncan. This difficult attempt also comes at a high risk – because these teams usually keep older, and sometimes underperforming, players onboard instead of completely filling their line-up with young talent, if the rebuild fails, the team is punished for holding onto these players.

Right now, Cloud9’s Jack is attempting such a difficult rebuild, retooling and upgrading Cloud9’s roster while keeping the team as a strong play-off contender. Let’s take a look at C9’s moves and see how they fit into their future plans.

Adding Rush to the jungle

Rush is perhaps the definition of a “rebuilding while contending” player. The reigning North American MVP is already a clear established talent. Easily one of the best Western junglers last year, Rush’s early game playmaking propelled Team Impulse to the league’s top spot before XiaoWeiXiao’s suspension. Rush’s defining characteristics are his early game aggression, ability to snowball games, and mastery of damage-heavy, nearly glass cannon junglers. But in spite of his proven excellence, Rush has a nearly unlimited ceiling. His ability to consistently take Korea’s number 1 rank in solo queue over players such as Faker, Deft, and Apdo demonstrate his nearly unparalleled mechanics and powerful individual prowess. Instead, Rush’s biggest issue is his struggles in the team context. Rush’s warding was extremely poor last season, finishing near the bottom of the league. In addition, Rush frequently took dangerous risks outside of the team context, especially with his extremely forward engages and risky jungle invades. When Rush’s forays behind the backline succeeded, they outright won games for Team Impulse. When his teammates were too far behind him, Rush’s daring plays simply became throws.

This is what makes Rush such an intriguing fit for Cloud9. Cloud9 that has always given their junglers a high amount of freedom. In Season 3, Meteos became known for his hard carry  style from the jungle, farming up a storm on champions like Nasus and Zac. Although Hai joined the line-up as a supposed supportive jungler, his main picks were damage-heavy carries like Shyvana and Nidalee. On Cloud9, the jungler is allowed to do what they consider best, a freedom that few teams, even those with established jungling stars, afford their players.

However, Cloud9 also has a rigid team context, focused around the shotcalling efforts of team captain Hai. Although Hai is well-known for his freewheeling mid-late game calls, C9’s early game often followed a prescribed strategy oriented around ganking for the lane with the most carry potential. In earlier seasons, Meteos would deviate from his farming routines to pressure Balls in the top lane. As Ball’s skills declined, Meteos’s attention shifted to Sneaky in the bot lane. One of C9’s biggest issues after Hai’s departure was Meteos’s insistence on ganking top for the underperforming Balls, who was completely unable to take advantage of the increased jungle pressure to snowball his lead. When Hai returned, he stabilized the team by focusing around supporting new mid lane acquisition Incarnati0n. Under Hai’s tutelage, Rush has the chance to learn how to play in a team context from North America’s master of teamwork himself. Rush hasn’t even scraped his ceiling. This year’s NA LCS has much more jungle talent, with EU import Svenskeren and rising NA talent Moon, but if Hai and new coach LemonNation are able to bring out the best in Rush Cloud9 will once again boast the clear-cut best jungler in North America.

Much like Rush, Bunny is a talented mechanical player with obvious flaws. Historically known as a god on Thresh, Bunny did a good job of diversifying his champion pool in Season 5, particularly by mastering another pick-oriented support, Morgana. If teams picked away his Thresh, Bunny could simply turn to Morgana, Thresh’s hard counter. In addition, Bunny was one of the key innovators of support Shen, which afforded him global pressure and pick-potential around the map. Bunny’s ability to consistently score picks throughout the game played a big part in Gravity’s mid-split run to the top of the standings. It’s easy to see how the league’s premier pick-oriented support could fit next to other aggressive pick-oriented players like Rush and Incarnati0n. Bunny is also great at setting up a vision parameter for his team around crucial teamfight objectives, such as the Dragon, Baron, and (in Season 6) Rift Herald. Due to these two key skills, Bunny’s teams often won teamfights before they even began, taking out a key member before steamrolling the opposition 5v4. Establishing a strong successor to Hai is important, especially because C9’s captain has been very outspoken about his desire to retire from competitive play.

Unfortunately, Bunny’s play also had some glaring issues, issues that could seriously hurt C9 if they remain uncorrected. As a result, C9 has wisely hedged their gamble by keeping Hai as the team’s starting support and training him to one day take the reins. Bunny’s play around the backline is very poor, especially in teamfights. The aggressively support rarely if ever peels for his backline, even when it is clearly the best option. In addition, his desire to carry with big plays frequently leads him to build sub-optimal selfish items, such as Banshee’s Veil, rather than items which would help his carries carry the game. Finally, Bunny struggles when it comes to engaging full-on 5v5 teamfights. Although he has a good sense of when to go in on pick scenarios, when he is facing off against the entire team, Bunny, much like Rush, will often go in too early and die. Placing both trigger-happy players in the line-up from the beginning would be a big risk, which is why keeping seasoned tactician Hai in the line-up will be important to stabilize the C9 roster.

However, once the team begins growing Bunny should be able to one day step into Hai’s large shoes. Bunny was a vocal shotcaller for Gravity last season, and although their shotcalling results were mixed, or often even outright bad, Bunny’s vocal nature and ability to set up a vision parameter indicates that he has a strong future as an in-game leader ahead of him. Much like with Rush, C9 is betting that Hai’s strong understanding of team play will rub off on Bunny. Although he’ll likely never become as good of a shotcaller as Hai, his stronger mechanical play and better understanding of vision provide a strong foundation for his future growth when C9’s captain one day decides to step down.

By picking up two mechanically brilliant players who have historically struggled with strong team play, Cloud9 is gambling that their org’s history for strong synergy will win over Rush and Bunny, allowing the team to contend for the North American title sooner than expected. By staggering their new additions, first putting in Rush and giving time for Bunny to mature under Rush, Jack is hoping for a smooth transition to the next generation of Cloud9.

Attempting to put in these seemingly contrary players into a team historically built on teamwork is a gamble, but if it works, Cloud9 may once again rise to the top of North America.