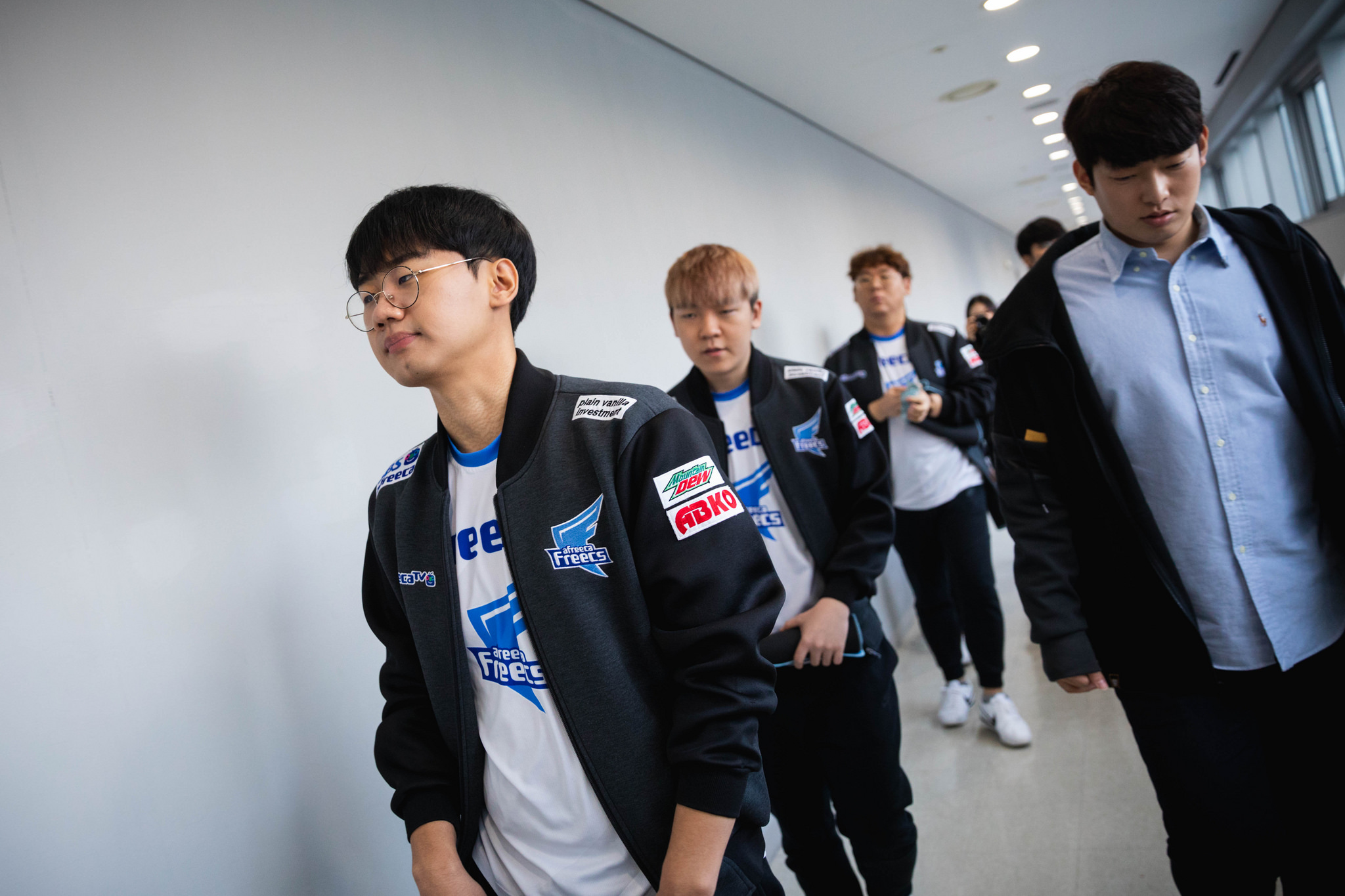 Hopes were high for the LCK’s second seed, Afreeca Freecs, heading into the 2018 League of Legends World Championship. They had proven themselves by consistently improving over the course of Season Eight and going toe-to-toe with the best talent Korea had to offer. Unfortunately for them, however, it took until today for Afreeca to actually show it.

When the Worlds main event kicked off, they crumpled. They were the easy favorites in their group, and yet, teams like EU LCS’ G2 Esports and the LMS’ Flash Wolves gave them hell at every turn. After a couple of rather depressing games for Afreeca, they looked like one of the worst teams in the group. They didn’t appear to have a plan, didn’t know how to handle violent strategies from G2, and suddenly we weren’t even sure they’d be able to make it out of the group, despite hailing from the most successful region in Worlds history.

In today’s opening game against the Flash Wolves, they finally showed up. They played the game with extreme patience with a 4-1 strategy, which they’re known for playing a little slower at home in Korea. At the end of the game, there were only six total kills across both teams, five of which belonged to Afreeca. And despite the lack of bloodshed, Afreeca forced the LMS veterans back to the wall.

So what does this mean for the group? If Afreeca is actually back in the game, this suddenly became one of the most competitive groups at the event, because the two qualifying spots for the knockout stage are now in the air. G2 has somehow proven to be one of the scariest teams of Group A, but can an EU third seed handle the LCK’s second seed at full capacity? It’s hard to tell, especially considering G2 has played much better than expected so far. If G2 can beat the Flash Wolves in their game today, though, they’ll probably be easy favorites, and then it’ll come down to Flash Wolves and Afreeca.

Since Afreeca just demoralized Flash Wolves, there’s a very good chance they’ll have what it takes to make it to the quarterfinals. Afreeca’s next crucial game is against G2, and that’s the last game of the day at 8am CT.