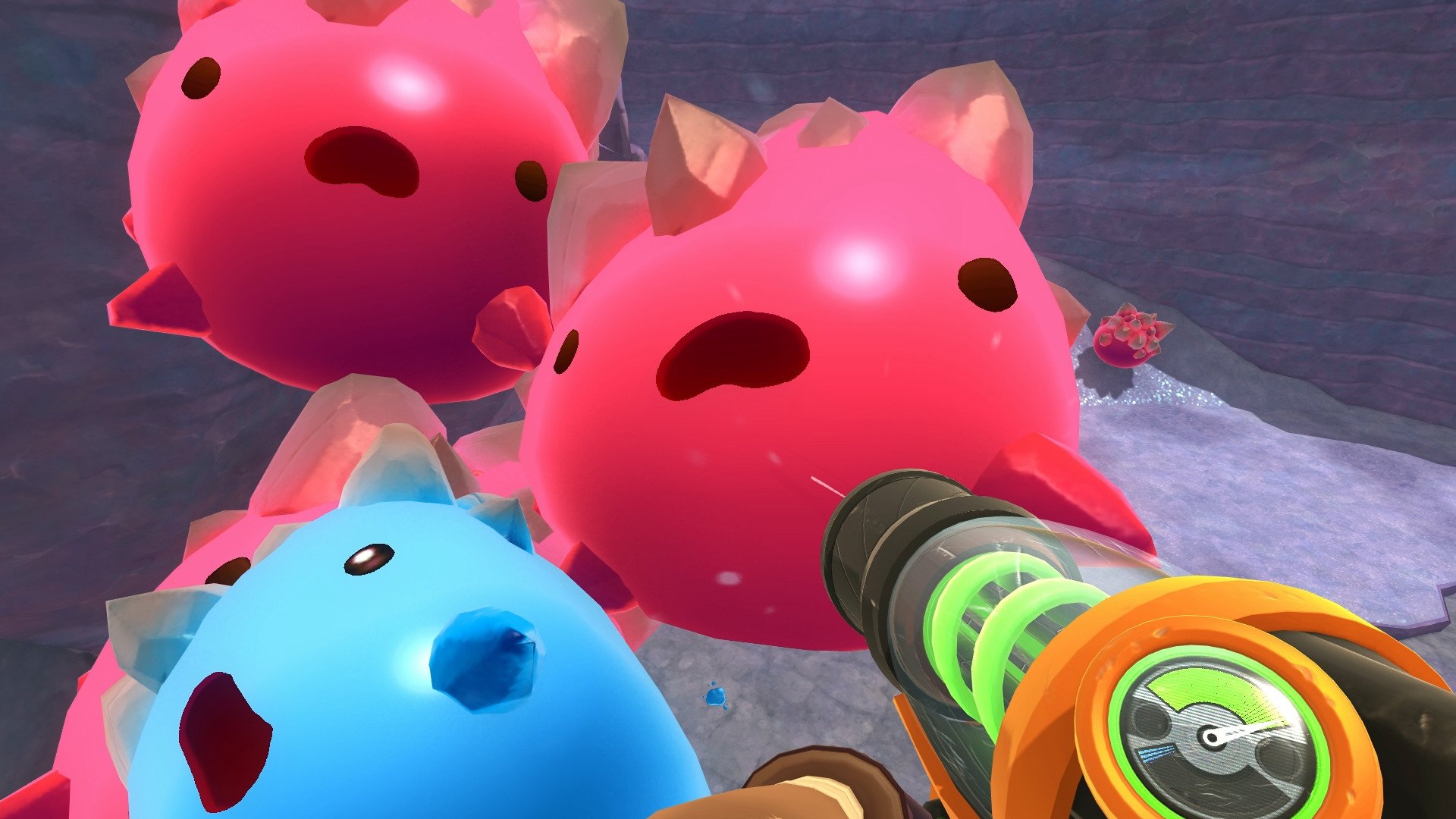 Slime Rancher 2 has just been released and players are wrangling up these little creatures as fast as they can find them.

Like the original, there are many nooks and crannies to explore as you travel across the different areas looking for rare and precious Slime. There are certain larger slimes, called Gordo, that you have to overfeed until they explode.

While that might sound a little violent, it just breaks down one big Slime into a bunch of smaller ones. These Slimes are usually blocking the way to a new area, so you’ll need to get rid of them if you hope to progress further.

Here’s all the information you’ll need about all the Gordo Slime locations in Slime Rancher 2.

Players will find the first Gordo, the Pink Gordo, by just exploring the main island. You’ll find this Slime in the western part of the island, sitting on a geyser. Once you feed this Slime enough fruit, veggies, or meat, his eyes will go wide before he explodes into a bunch of smaller Pink Slimes. Once it’s off the geyser, you can use it to get to the second level and interact with the pedestal to open the next island.

The second island is Ember fields, where you’ll find new Slimes that are very hot and others who are willing to deal serious damage to you.

The Phosphor Gordo kind of resembles a lightning bug with its glowing interior. You can find this giant Slime blocking a cave entrance just left of where your home’s path opens up. It only eats fruit, so players should make sure that’s the food they’re growing or scavenging from the wild. Once the player gets rid of the Phosphor Gordo, they’ll gain access to the cave it was blocking.

Once you’ve gotten rid of the Phosphor Gordo, you’ll gain access to the cave behind it. There’s no extra island for this one, but there is a diamond-shaped fixture that looks like some kind of puzzle.

The Cotton Gordo is an adorable bunny that can be found in the southern-middle part of Rainbow Fields. This Slime only eats vegetables, so you’ll need to grow or find Carrots and Water Cabbage and feed them to the Cotton Gordo until it explodes. This Gordo is sitting on a small cave that leads to a terminal once you’ve gotten rid of it.

The Batty Gordo is located deep inside a cave and can be hard to find at first, but the deep purple color stands out against the lava and rocks around it. You’ll need to find the right cave in Ember Valley before descending into the chamber where Batty Gordo is blocking the entrance to another part of the cave. You can find the entrance of the cave shown where the player is on the map below.

You’ll need to feed the Batty Gordo a lot of fruit before it will explode. Once it does, you’ll unlock access to a new part of Ember Valley with fruit and more Slimes.

The Hunter Gordo is a meat-eating Slime that can be found near the middle of Starlight Strand. You’ll only be able to feed this Slime meat, so raise or find some chickens on the island for the Hunter Gordo. Since you’ll need a lot of chickens, it may be worth raising them back at your Conservatory so that you have an endless stream to draw from.

After feeding the Hunter Gordo dozens of chickens, it will eventually get to the size of the entrance before exploding. Once gone, you can search the hidden cave and find a Pod, Strange Diamonds, and Radiant Ore all inside. There’s also a circular door with a diamond in the middle, likely leading back out to a different part of the island.

With Slime Rancher 2 still being developed, players will likely find more Gordo Slimes as the game gets further updates.