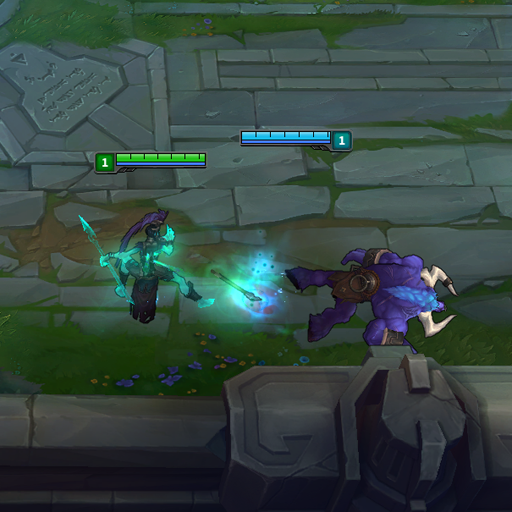 Magic: the Gathering‘s Zendikar Expeditions are some of the most-anticipated cards ever to see play in the popular card game. With the full set reveal just days away, we got a chance to sit down with Mark Rosewater, the head designer over at Wizards of the Coast, Magic’s developer.

In addition to answering our questions about the upcoming set, he gave us a sneak peek at the art behind these Expeditions. (To see those images, jump to the bottom of this article.)

Each card is a full-art, foil premium reprinting of some of the most powerful lands in recent memory. But their exclusivity in Battle for Zendikar also sets them apart from the pack—each Expedition will be opened only a little more frequently than a premium foil Battle for Zendikar mythic rare.

In our interview, Rosewater explained why exactly Wizards of the Coast decided to make these cards—and what they mean for the future of Magic.

Battle for Zendikar appears to be one of the most highly anticipated sets in a long time. I wasn’t around for the original Zendikar, but what were the primary goals when designing and developing BFZ?

Whenever we revisit a world, we want to strike a balance between revisiting elements that made the world popular the first time we visited it and introducing enough new things to make the world feel fresh. For Battle for Zendikar in particular we are showing off two sides in a conflict: the Zendikari, the natives of the plane, and the Eldrazi, the ancient, gigantic creatures intent on eating the world. We have recently decided to double down on our storytelling efforts and engrain our story even more deeply into our game design, so the challenge of designing this set was capturing the sense of both the world and the story through the mechanics.

And how does Zendikar Expeditions work into those goals?

The world of Zendikar has always been mechanically connected to lands, one of the types of cards in the game. As such, Battle for Zendikar has mechanics like landfall, which rewards you for playing lands, and awaken, which animates your lands by turning them into creatures. Zendikar Expeditions plays into this land theme that we anticipate will appeal to many different types of players.

When it comes to Expeditions, were you motivated to address concerns the player base has had about the availability of very rare lands that are important to Modern players?

Zendikar Expeditions allowed us to take some cards that we didn’t necessarily want to put in Standard (the most commonly played Constructed tournament format) and give them a new Zendikari face lift for the players who are interested in many formats, Modern players being just one category.

Initial analysis of the Expeditions cards pegs them as a great addition for every kind of player. Did this kind of reasoning go into deciding to make the Expeditions?

One of the things we talk about here at Wizards of the Coast is what we call “surprise and delight.” Magic is already top-notch when it comes to gameplay and artistry, but we never want to rest on our laurels. With every new set, we want to catch our players off guard by doing something they don’t expect and that we are confident they will enjoy. Zendikar Expeditions is a great example of “surprise and delight.”

Based on the current response, are you considering these kinds of special reprints of cards (i.e. Limited-playable but not legal for Constructed) in the future?

One of the advantages we have as a game that is constantly producing new material is that we have the ability to grow and adapt. I believe the success we’ve had in recent years is because we’ve done a good job of communicating with our players and figuring out what is working and what is not, then using that knowledge to constantly improve our technology for making Magic. If Zendikar Expeditions proves popular, it will be another tool in our tool belt that we’ll be able to use to enhance future sets.

Any hint at other surprises players might find in BFZ, or in the follow-up set, Oath of the Gatewatch?

I talked earlier about how we’ve made a decision to up our dedication to story within the game. The Battle for Zendikar block plays a major role in advancing the larger story we are telling. The battle between the Zendikari and the Eldrazi is going to have a big impact on our major characters.

Any last thing you want to say to fans and prospective players?

I know there a lot of people who have heard of Magic, but have never taken the opportunity to learn how to play. It’s never been easier, so let me tell you how you can learn to play Magic for free. We publish a game called Magic Duels, which can be played on iPhone, iPad, Xbox One, on PC through Steam, and soon on the PlayStation 4. It’s free to play and it has a very patient AI that will teach you all the basics and get you up and going quickly. Magic Duels also does a great job of introducing you to our major characters and our story. Once you have learned to play against the computer, there are also ways to play against your friends. Magic is a very fun game (as evidenced by our millions of fans around the world), and I heartily encourage you to give it a try.

CORRECTION: Clarified likelihood of opening an Expedition card based on updated information.