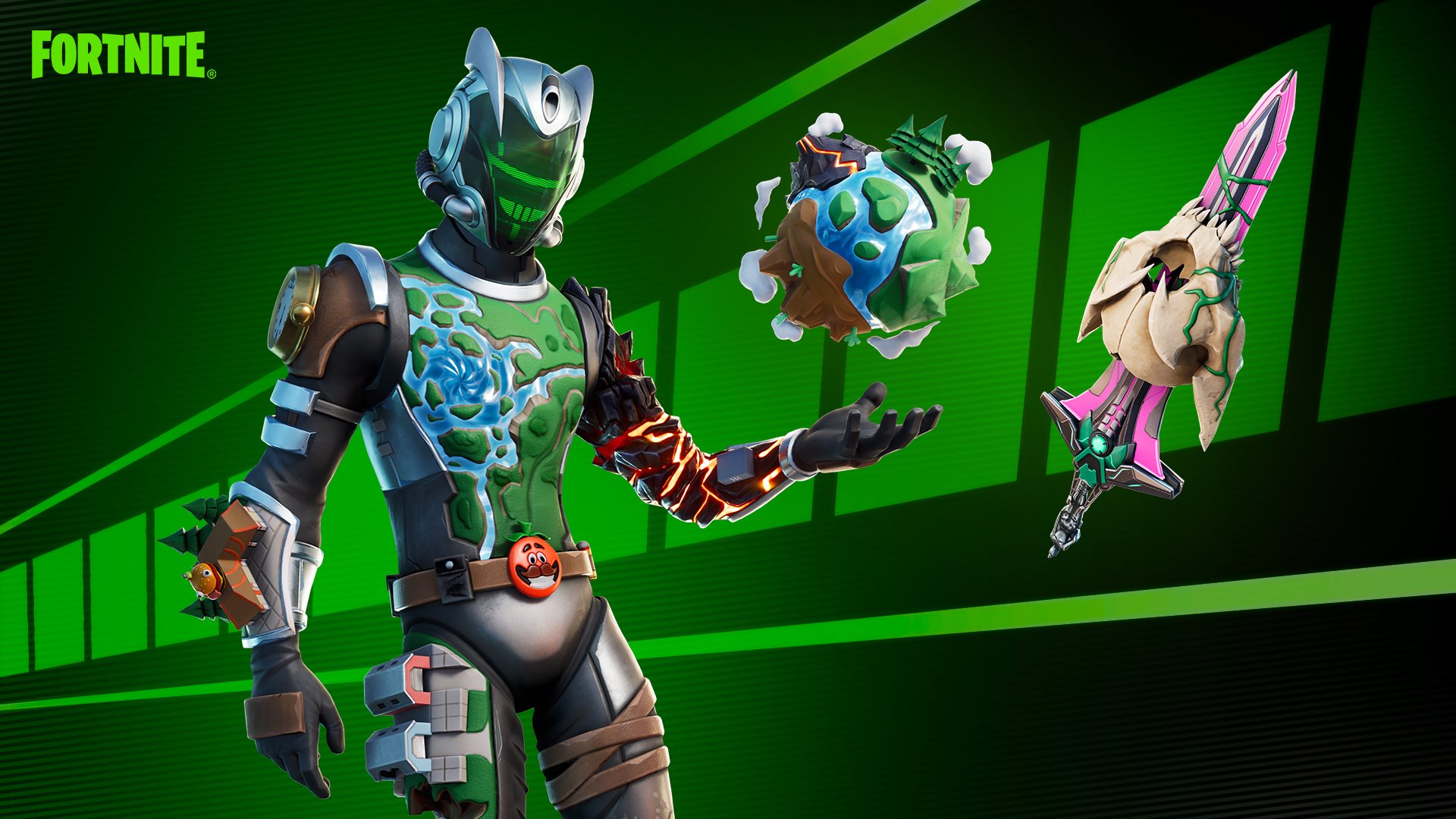 Just in time for Earth day, Fortnite has released an Eco-inspired outfit into the game today.

This new skin brings with it a planetary theme with what appears to be parts of the original Fortnite map scattered along with the skin’s design.

Notably, the tomato head can be seen on his belt buckle, but also the burger shop on his right wrist.

The partnered harvesting tool, Devourer’s Bane, has a slightly different style to it but blends nicely. This tool is simply a sword piercing through the skull of a beast.

In addition to the player skin, there is a back bling called Globe and as the name suggests, it is modeled after the Fortnite world.

The skin and its accompanying harvesting tool were designed by graphic artist nollobandz. The designer posted his concept art of the skin to Instagram in January of 2020 and over a year later, it has become a reality in-game.

This isn’t the first time that one of nollobandz designs has been brought to life in Fortnite. His 2018 design Reaper Rex was crafted into the Dark Rex skin that joined the game in 2019.

Players can get their hands on the Eco cosmetic set from the featured tab in the store. For the player skin it will cost 1,500 V-Bucks and for the harvesting tool 800.

If you plan on picking this up don’t hesitate as there is no telling how long it will remain in the store.