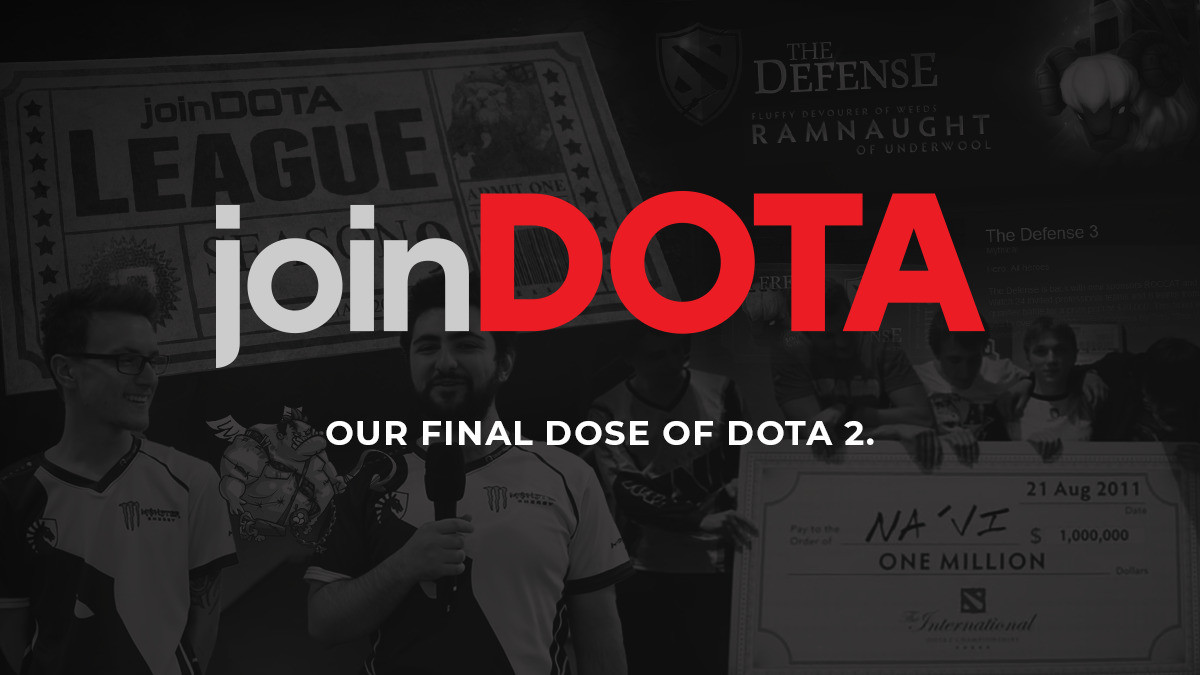 JoinDOTA, one of the earliest tournament organizers for Dota 2, announced its departure from the scene earlier today.

While the name joinDOTA may sound unfamiliar to players who’ve recently started following the game, the website has been a cornerstone of the game’s competitive scene, making incredible contributions from 2011 to 2020.

After organizing the first-ever International in 2011, joinDOTA became the go-to place for tier two teams who were looking to make it into the big leagues or compete with their friends at a higher level. Across three regions and over a decade, joinDOTA opened its doors to over “2,500 teams,” while producing valuable content in the form of match casts and podcasts in the process.

In addition to being a tournament organizer, joinDOTA also served as a community hub for competitive players. Dota 2 fans could use its forums to discuss the game’s current state or create forum posts to find members for their teams.

“All in all, joinDOTA has been an important community not just for the Dota 2 scene but the esports and gaming ecosystem overall, it has also provided a gateway for enthusiasts and volunteers into esports, with many of them still working in the industry to this day,” long-time joinDOTA staffer kitkat said. “JoinDOTA also represented young and established talents and offered a great stage, many have become some of the world’s most renowned talents and some are still very active today.”

After 2015, the organizer slowly started losing momentum in the scene as more tournament organizers entered the space and the number of larger events expanded. JoinDOTA mostly partnered with ESL in its final years and took on the broadcasting for ESL One Los Angeles 2020 after the tournament moved online following the start of the COVID-19 pandemic.

Throughout its 11-year run in Dota 2, joinDOTA was able to accomplish the following milestones:

You can view a full list of the website’s accomplishments as part of the official announcement while players, managers, content creators, and broadcast talent share how the joinDOTA impacted them personally and the scene as a whole.

Though joinDota will no longer exist as the fans know it starting March 31, its owner, Freaks 4U Gaming, will still run Dota 2 projects in the form of tournaments.