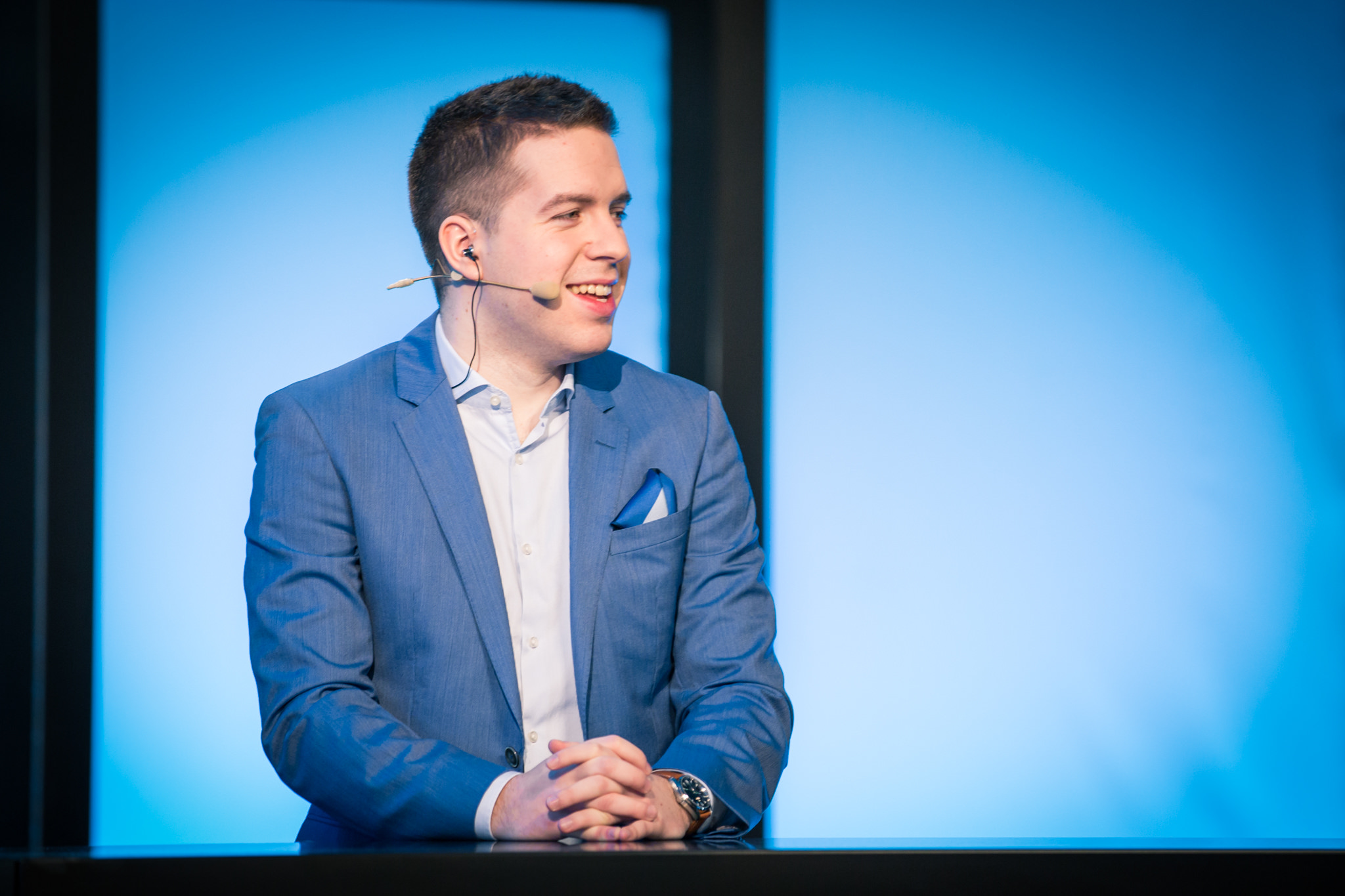 I had the chance to speak to Janko “YNk” Paunovic after the mousesports vs. Virtus.pro quarterfinal at DreamHack Masters Las Vegas. See what he had to say about the move from player to analyst, life as event talent and more.

Cam Brierley: Let’s start off with your foundation. Obviously, you used to play Counter-Strike 1.6 and Global Offensive professionally. How easy was it to transition from a player to an analyst?

YNk: “I mean, for me personally, since I was an in-game leader as well in my team and everything, I always had thoughts about the game. So, when I started observing, at first I feel that there is room at the analyst desk for someone to be a bit more in-game focused, go a bit more in-depth. So once I actually got the chance, the transition was pretty straight forward. It was only a matter of getting used to being on a show; the pace, the time and all the technical stuff. But the content in itself wasn’t any problem.”

You mentioned the in-depth part of [your analysis]. Is Weatherman Janko something you want to see in the future? Does it enable you to go more in-depth with strats?

YNk: “Oh yeah, definitely. I think it’s a great tool that allows me to do more and obviously brings more value to the viewers because it’s a whole different thing when I’m just talking about something on the desk and then people have to visualize it in their own head, maybe they don’t really understand what I’m talking about. If I’m able to show them that on the screen and exactly pinpoint what I want to talk about, I think it’s beneficial to all parties, so I really do hope that it becomes more frequent at events.”

We just saw the mousesports vs. Virtus.pro quarterfinal where NiKo dropped 35 kills or something crazy like that in the last map, losing the game too, which makes it all the more impressive. How do you think FaZe is going to benefit from NiKo as they’re already an aim-centric team?

YNk: “I think they’ll benefit greatly. In my opinion, he’s without a doubt a top-five player in the world when it comes simply to performance. So, the problem in mousesports was that he had to do too much being the in-game leader of the team; he’s really not suitable for that role yet in my opinion. I think on FaZe, he’s going to have a great time [playing] under karrigan. I think they’re going to be able to figure out how to use him properly and he’s not going to have to do all the work by himself; he has great teammates on FaZe, as well.”

A more general question on the scene: with all the post-major roster changes, is there a team that you think came out on top from all those changes?

YNk: “I think time will tell, it’s not as clear cut as you might think. You would say the new G2 team is amazing and they’re going to be beating everyone, or that the old Fnatic team that came back together is going to be dominant. Again, as we saw, they dropped out in the group stages, which never happened for that lineup. So I think for both of those super-teams, it’s going to take some getting used to and adjusting their game; you can’t simply rely anymore on just individual plays. When it comes to teams who changed a person, FaZe benefitted a lot from NiKo obviously. I think North also with time having a full Danish lineup is also going to be slightly better. So, in the end, I do believe that we’re going to have a lot of good teams. Right now, Astralis kind of stands above the rest, VP is right behind them, but also SK with felps; I think all of these teams actually upgraded with the changes that were made.”

This is more of a question on being an analyst. With how frequent events are now, do you think that wears on analysts? Is it hard to put on such a good show for literally the whole day sometimes?

YNk: “It can get a bit hectic when there are a couple of events in a row. I think it’s very beneficial for all of us that we really do get along so well together, so that translates to work. Even when we have long days, the camaraderie is still there, to an extent, (he says with a smile), and we are able to power through the days. So, I think that, personally, it would be better for everyone if we had more days for a tournament so the schedule isn’t as packed. For example, look at the ELEAGUE Major and the Cologne Major. At ELEAGUE, Duncan (Thorin) and Jason (Moses) had to do all the games of the tournament: 50 something maps, no breaks. At Cologne, it was myself and Duncan, to an extent. So, I think it would be way easier and the quality of the analysis would be better because you just get tired and can just lose focus because of the long days.”

This interview has been edited slightly to increase reading quality.