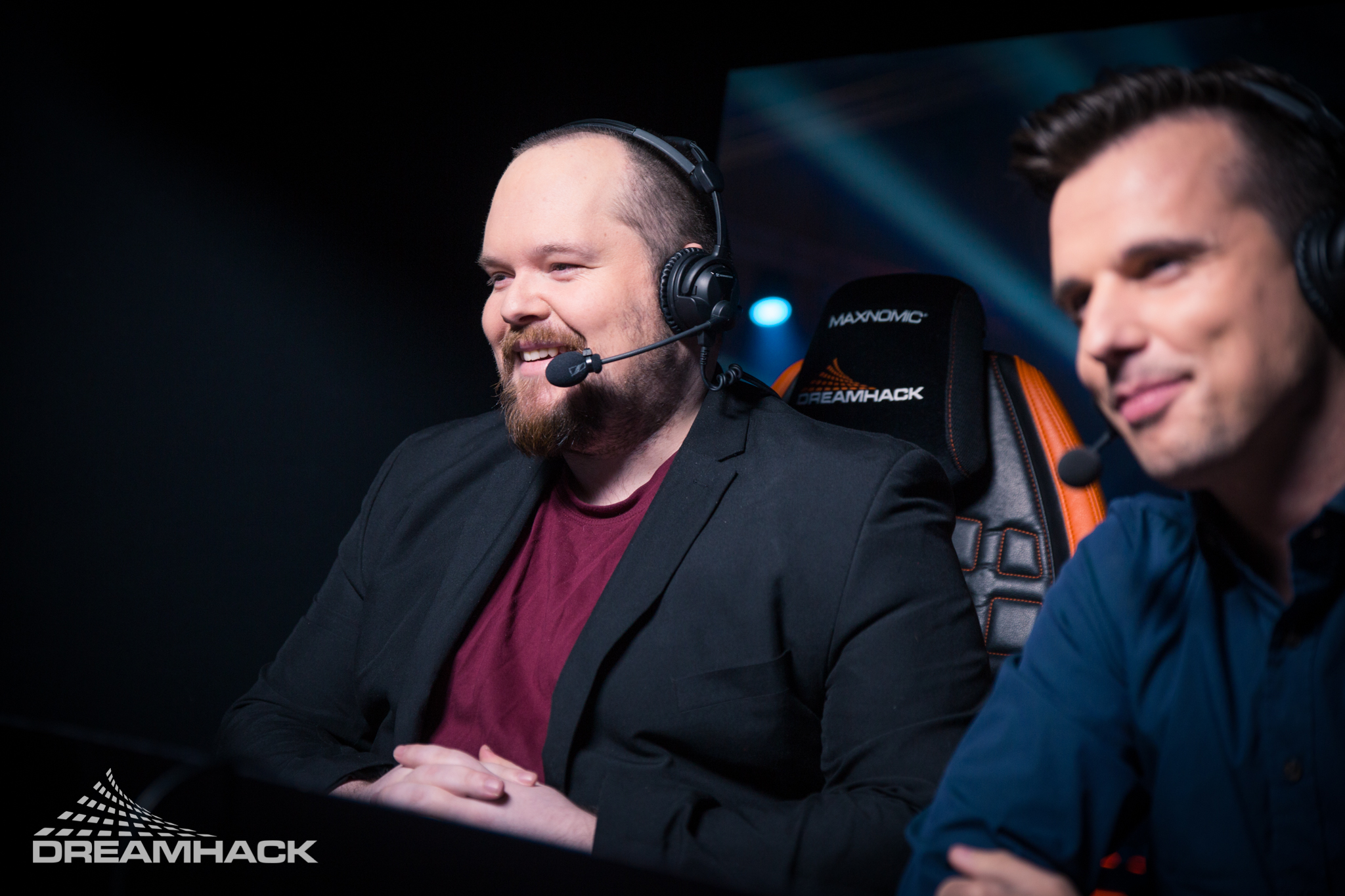 Vince Hill, formerly known under the alias Metuz, has decided to step away from CS:GO event casting indefinitely.

Hill explained in a 20-minute long YouTube video that his decision to step away from broadcasts is fueled by his low quality of life behind the scenes and not by a lost love of CS:GO casting. He emphasized explicitly that he has “no interest” in dealing with the lifestyle associated with being a voice of Counter-Strike.

In his years of camera time, he’s served as a primary caster alongside many of the esports’ most recognized names, such as Henry “HenryG” Greer, Jason “moses” O’Toole, Halvor “vENdetta” Gulestol, and Dustin “dusT” Mouret. Vince’s final year of casting put him in almost every single DreamHack tournament series, both Open and Masters, this year.

One major reason for him “putting the microphone up” is because of the rigorous traveling required from broadcast talent. Vince cited health issues related to his weight, heart, blood pressure, and fatigue as factors contributing to his low quality of life as a caster. He also touched up on his desire to start his own family and move forward with his personal life. Despite these troubles, Vince said he’s still willing to serve as either a remote caster for events or a caster for events in England, where he’s based, if possible and if the circumstances are right.

His last in-person event last weekend, DreamHack Masters Stockholm, apparently exhausted him to the extreme state of coughing blood. That was when he realized he’d reached his peak behind a microphone, both physically and mentally. Despite these troubles, he felt proud that people enjoyed his casting of the grand finals—a hyped best-of-three series that he shared with HenryG behind the scenes.

Another problem he faced was the “politics” in being a caster. Vince was aware that he’s “useless” in the world of behind the scenes politics, and that it aggravated his “temper.” This issue was also compounded with the problem of not knowing where he stands in the talent “hierarchy” among fans and tournament organizers (TOs). He said the “purgatory” of being “tier one/two” commentating made him feel self-conscious, anxious, and even paranoid, even though Vince was arguably one of the best casters towards the top.

There were also times where TOs took much longer than usual to pay him, such as a four- to sixth-month period, as well as times in which he was uncertain about casting gigs. The financial aspect of freelancing further exacerbated his stress. MIBR coach and former analyst Janko “YNk” Paunovic backed Vince up on Twitter, saying that TOs make talent such as themselves feel “unappreciated.” This isn’t the case with all TOs though, since YNk commended some like ELEAGUE, DreamHack, and PGL for not having problems with delayed payments.

“I’m still owed money for events I did in May,” YNk said. “But they will always expect you to be 100 percent professional and do extra stuff for the show… When you need to travel and ask for a better flight option, [TOs may say], ‘There’s no room in the budget for that.’ I can’t imagine how it is for guys who weren’t in as good of a position as me, so I completely understand where Vince is coming from. They get away with it because they can. We’ve tried to ‘unionize’ a few times but could never get the majority of people on board.”

Vince, on the other hand, wanted to stay away from “throwing people under the bus,” for both individuals and TOs. “It’s not my style,” he said humbly. Reporter Richard Lewis, however, mentioned ESL as the “worst offender for delayed payments,” with the popular TO knowing that “everyone is too scared to call them out in case they get blackballed from their events.”

To conclude, Vince said that he will try full-time streaming in hopes of it becoming his new source of income—all while he tries to build a life for himself on the sidelines of international CS:GO casting.