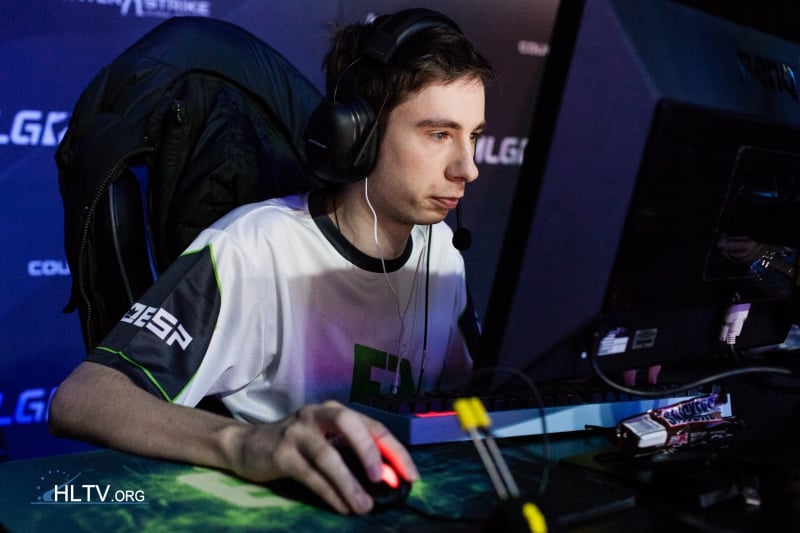 First off, his performance against Echo Fox is something that Georgi “WorldEdit” Yaskin is capable of repeating. A better team may have been able to shut him out of the game, but he wasn’t playing against a top team. He was playing against Echo Fox, a North American team that is slowly shaping up to be something special. Every team has chances to play against these teams. Olof “olofmeister” Kajbjer Gustafsson and Kenny “KennyS” Schrub have the same chances, but they aren’t the ones holding the records. What makes WorldEdit so special? Does he deserve to be up there with olofmeister and KennyS? Was Train just the map of his life, or is WorldEdit a remarkable talent who needs to work on consistency? These are the questions that many viewers have asked themselves after seeing him look unstoppable on Train, but go nowhere on Mirage.

WorldEdit does have great potential, and that potential truly materializes in games. WorldEdit is not like Jake “Stewie2K” Yip or Mike “shroud” Grzesiek. He is different because he has had impressive performances on LAN for more than a year. Stewie2k and shroud have failed to live up to their hype from online performances that fans attach to them, minus the Cloud9 run that shroud was a part of one year ago. WorldEdit is completely different from those two, actually. His success is marked by games that matter and he has achieved it without the support of a large fanbase.

WorldEdit is far from great players like olofmeister and KennyS, but he might be able to get there one day. The problem is that he is olofmeister’s age, yet he hasn’t done what olofmeister has done. He is definitely not an old man, but he is a little bit old to become olofmeister or Ladislav “GuardiaN” Kovács, both players the same age as WorldEdit that are touted as being the best of 2015 and 2016. In an industry in which you must give your life and put all of your energy into the game, it becomes difficult for people who have a girlfriend/wife or a child, and those are things that people start to think about when they get older. Look at how the carrier of Jarosław “pasha” Jarząbkowski has transformed. He was a top player before his daughter was born, and now, pundits have spoken of him being on the chopping block after the MLG Major. pasha has been affected greatly by the stresses of juggling gaming and his personal life, and at one point, the stress even pushed him to cry on stream.

For WorldEdit, he probably won’t go much further than where he is now. He probably won’t become a superstar, and that’s not because he is inconsistent, rather it’s because he won’t get a break. He is on FlipSid3 and GuardiaN’s wrist has recovered. F3 lost Vladislav “bondik” Nechiporchyuk and the org’s hope to build a team around Andrey “B1ad3” Gorodensky, bondik, and WorldEdit has disappeared with that loss. Replacing bondik is Oleksandr “Shara” Hordieiev, someone who Thorin refers to as being the worst player in pro CS:GO. CIS Counter Strike, as Polish Counter Strike would have been if it were not for Filip “NEO” Kubski and Wiktor “TaZ” Wojtas teaming up, is in a pretty tough spot. They have one really good team, and the rest are not so much. The CIS region has the players to make good teams, but people like WorldEdit are ending up on teams with players like Shara.

As far as WorldEdit’s in-game skill goes, he is a pretty explosive player. His playstyle is the reason why his results vary. No amount of aim is going to help a player when they walk into the opposing team, so a star without all of the resources needed to support a star will sometimes flop, another thing that sets him apart from players like olofmeister and KennyS. In the case of KennyS, all of Titan was set up to support him so that he could be a better star. B1ad3, like Kevin “Ex6TenZ” Droolans, has been known for making great teams and using his players effectively for a long time. Due to the scattering of talent in the CIS scene, B1ad3’s plans for his team will never be able to match up to lineups more stacked with skilled players and commanded by leaders like Ex6TenZ.

The final point about WorldEdit’s play that needs to be addressed is his consistency. Despite what his score lines were at the ELEAGUE television match, he is not the typical inconsistent star. His score lines and game impact are respectable. He has a fair amount of performances where he goes negative and plays pretty bad, but many people do that. Ioann “Edward” Sukhariev on Na’Vi, a resurfacing secondary star, had similar performances to WorldEdit in their match. Edward’s performance on the televised night was indicative of his typical level of play. Edward is a well thought of pro on a good team, and being a star on a weak team, a team where there is little assistance given on an off day or map, WorldEdit should be held in a similar regard.

WorldEdit’s variety of showings reveal that he is not an olofmeister or KennyS, and despite being a record breaker, he should not be expected to perform at a similar level every game. To answer the question that people have been asking themselves so much this past week, WorldEdit is a respectable player who is trying to find his place in an already chaotic industry made worse by the chaotic region that he comes from.