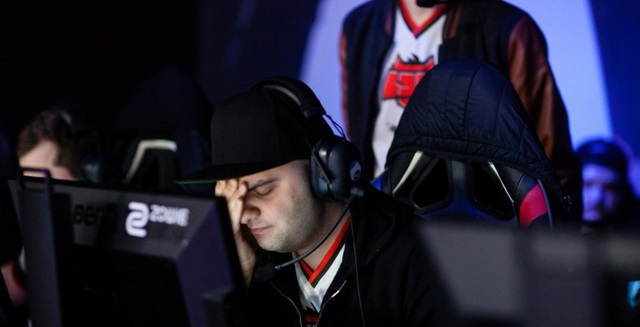 Finishing in dead last at DreamHack Summer, a not so stacked tournament, is a concern if a team, such as Hellraisers, is trying to prove themselves. After losing to Epsilon, one can find it pretty difficult to say that they just need to make a few improvements to get to the top ten. When you end up losing to a guy with a name like disco doplan, it can hit you pretty hard. In Vladyslav “bondik” Nechyporchuk’s case, will going from a team that will be attending the next Major and being the team’s star be a mistake, or is there still hope left for HellRaisers?

When thinking of top Eastern European CS teams, you think Na’Vi and Virtus Pro; no one else, just those two. No other teams come to mind when thinking of distinguished squads from that region, but maybe, a few players outside of those top teams come to mind who have skill, but are scattered among different teams. In HellRaisers’ case, it is not that they have enough skill to be a decent team. Their problem is tactics and coordination, and it is a huge problem at that.

Their lack of coordination was one of the reasons why commentators at DreamHack Summer were doubting Tomáš “oskar” Šťastný’s skill. They questioned whether his stats were being padded simply because he would take good angles and play for himself. They criticized that he was not active enough on their team. However, they did briefly mention the fact that it is hard to be active when every round you are left in a 1v3 situation. HellRaisers need to understand who their stars are and how to play around them; otherwise, they will be leaving players like oskar out to dry.

Some teams, like WeMade Fox, have been based on the coordination that HellRaisers lack and achieved great success. Due to a lack of good opponents in Asia, WMF would spend hours in empty servers practicing strats and throwing nades. Many teams do such practice but not even close to the extent of WeMade Fox. Other teams, like FaZe Clan, have relied on skill; more skill than HellRaisers have, yet even then, FaZe has looked for people to coach their team. FaZe, in fact, was the first team to have their coach call strats for them. Before that, a team would have a friend to stand behind and to handle the nerves of the team. HellRaisers may have anxiety problems, but that is not what they need to fix at the moment. If HellRaisers were to gear their play and preparation to that of WeMade Fox, they would see drastic improvements. The trouble is that it is easier said than done.

HellRaisers has seemingly taken steps to improve the team. On June 7, Ivan “Johnta” Shevcov was brought in as coach, and on June 16, Sergey “lmbt” Bezhanov left. Unfortunately though, Johnta is not the great coach Hellraisers need. His title and past experience make him seem more like a manager and team mom rather than a source of strategy. Also, his pedigree includes coaching and playing on weak CIS teams, so it is not like they got a coach like peacemaker or starix. For the foreseeable future, tactics and cohesion will have to come from the players of the team.

It seems as though I am saying unfortunately a lot here, and that is because Hellraisers could be so much better if they put the time in to work on a few things. One thing that is holding them back is not so easily fixed, and that is language. If you take two Ukrainians, two Slovaks, and a Czech, what do you get? A team that cannot communicate. After doing a little research, I found that this language situation is not too far off with what goes on in the Scandinavian countries.

The Swedes on NiP said that communication would not be a problem with allu, but as it turns out, it was so difficult to speak in Swedish with allu that they spoke in English instead. Because oskar the Czech is a star and so is bondik the Ukrainian, it would make sense to phase out the Slovaks. Since Ukraine/Russia has a larger talent pool than the Czech Republic, taking two Ukrainians would be logical.

If HellRaisers realistically wanted to improve their roster, they would want to get B1ad3 for sure. For their second pickup, they would want to get s1mple, WorldEdit, WayLander, etc. As for ANGE1, an older player, he is able to play a role and stick to that. In the Hellraisers games that I’ve watched, he seems to be the most intelligent and supportive of teamplay, so for now, it would be good to keep him.

The CIS scene has a large talent pool, and an organization like HellRaisers would not have to go through too much trouble to recruit the remaining players needed to become a top team. Everyone is going to need an overhaul in mentality for this to happen. Those rising to the top must put in all the more work. Climbing the mountain of success is like walking up a hill with a decreasing grade the further you go up. In other words, those close to the top don’t need to work as hard as those who are towards the bottom.

HellRaisers is at the bottom, and the players are going to have to watch many demos, play many games, and theorycraft a lot so that they are thought of in the same caliber as Na’Vi and Virtus Pro. GeT_RiGhT did not get to be GeT_RiGhT who we know by sitting around. He spent more time than anyone else to become the great player that he is. It all comes down to wanting to succeed. HellRaisers, the entire organization, will only succeed if they are determined to do so, and that is easier said than done.