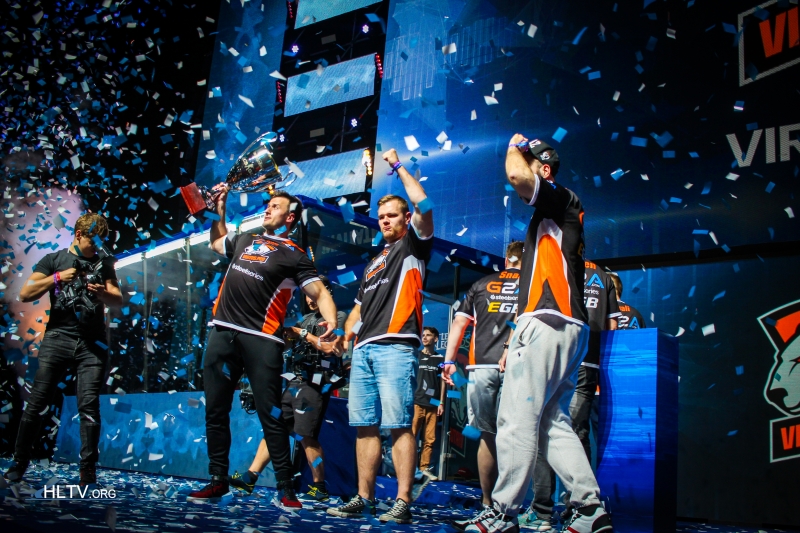 Virtus.Pro won the StarLadder i-League Invitational. This comes as a surprise for everyone included in Counter-Strike: Global Offensive because many analysts, casters and general community gave up on this legendary lineup, often asking for a roster change with such promising talent as Oskar or Niko maybe trying them. This team is known to push themself into a ditch and miraculously out of nowhere plow to tournament victory. Something was different this time, as the team has not won an international LAN tournament in seven months, which has never before happened to these Polish giants.

November 2015: Virtus.Pro just won CEVO S8 and $40,000 in price money. We can say they plowed through this offline event with 2-0 and 3-0 wins in the semi-final (Titan) and final (Mousesport). This is the moment where their longest streak of dry tournaments began.

November 21: Virtus.Pro finish Intel Extreme Masters Season X San Jose in the top-eight and become the only European team not in the top-four of this tournament. They lost to Team Liquid in embarrassing fashion (16-2,16-9), taking only 11 rounds in the entire best-of-three series.

November 26-29: Virtus.Pro gets in the top-four of FACEIT 2015 LAN Finals, winning only against Team Liquid and Legacy, both teams nowhere near VP’s rank and in the only duel with a top team, they lost to Fnatic. Once again, no trophy for them.

January 22-24. A new year start could not have been worse with a last place finish on DH Leipzig 2016, losing to Mouz in a best-of-one (16-5) and Dignitas in a best-of-three(2-1), with both teams on lower rank standing than VP.

March 2-5. Last years’ destination for Major is now IEM Katowice 2016. In many ways, this was a special tournament for everyone, let alone Virtus.Pro, who played in front of the home crowd. This event, Virtus barely manage to get out of the groups and in the first playoff match, they lost to Fnatic again (2-0). This time, VP finishing in the top-six. Many fans took this defeat so close and decided to not watch the rest of the tournament.

March 17-18. A trip to the Balkan region to Counter Pit S2 in Split,Croatia seemed like a good destination and chance for Virtus.Pro to get into final and maybe earn a trophy after many months. With only one win against Team Immunity from Australia(2-0) and defeat against winner of that tournament Natus Vincere(2-0), Virtus.Pro again was not in possesion of a gold medal.

March 29 – April 3. The first Major of 2016 with new prize money of $1 Million. Virtus.Pro again lacked something and they manage to finish top-eight, losing to later winner of the tournament Luminosity.

March 12-17. Sweden is the destination for DreamHack Malmo 2016 where 16 teams were fighting for $100,000 and first place. Virtus.Pro managed to win their group only to find themself losing in the first playoff game to NIP(2-0) and finish again in the top-eight without a medal.

Virtus.Pro, outside of their bad play that lead to aslump of this magnitude, also took some very long vacation and finally there was something in luck. As we can see from all the results of my article, they often got to play in the first round of playoffs against the eventual winner of the whole tournament. Many of you will say if you want to be the best you have to win against everyone, but sometimes that simply is not true. Anything could happen to make Virtus.Pro’s path on this tournament easier, such as a different team or even later stage of tournament instead of quater-finals or maybe semi-finals, where often Virtus show that as soon as the stakes gets higher, they play better.

May 22 is the day where Virtus got back on the throne. After seven months of not winning an offline event, they are now winners again. Virtus.Pro was close to dropping the towel for unfair rules, as Taz mentioned, but they decided to stay and play. For this part, they deserve huge respect and the only thing that is in my head for this situation is a quote from one movie in my country:

“Do you know how you become a champion? When it’s most difficult, you go out and win.”

That is exactly what Virtus.Pro did and they deserve massive respect for that.