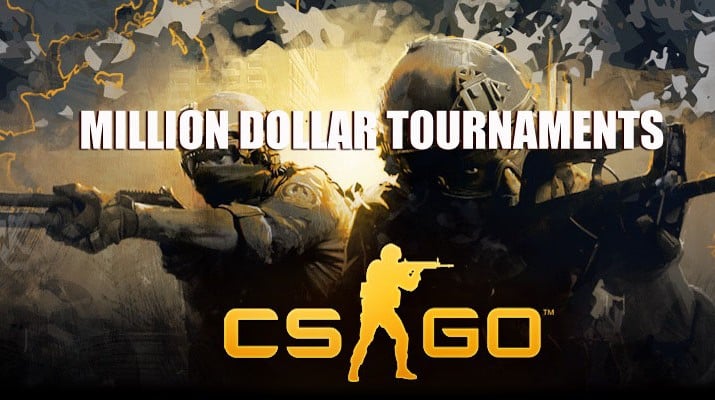 This article will try to explain why we need slot expansion in CS:GO Majors from my point of view. I will try to give you arguments from both sides.

The current system for how Valve is doing things is outdated. Majors contains 16 teams, from which 8 are invited by passing the group stage at the previous Major and the other 8 qualify through a series of tournaments.

Right from the start you can see that this system is too rewarding for teams that pass the group stage at the previous Major. Even if they lose in the quarterfinals, it gives them and their organization a guaranteed trip to the next Major and with it all the publicity and money from stickers. The other 8 teams that didn’t make it past the group stage are invited to the last of a series of qualifiers for the next Major, while other teams who didn’t attend previously have to get there through many qualifiers, both online and offline. Even if they manage to do all of that, we still have problems.

First of all, there are 2 slots per region. This is huge for teams that are newcomers to the Major or just CS:GO; not only do you have to be among the 2 best teams in your region, you also have to beat teams that were in the last Major to take their spot. This problem is creating a situation where we give too much credit to the 8 teams from the previous Major and we prevent others from showing their talent.

2016 has brought us many world rankings from HLTV, Thorin, etc. My view of things is we simply need to pay more attention to the 8-32 ranked teams because we are giving too much attention to the top 8, limiting growth and making those out of the top 8 irrelevant. Here are some of the teams that missed the last Major, some because of region saturation and some because it’s so hard to play one of the most important qualifiers of your life in a bo1 series.

It’s in our own best interest to have brands and teams like these in the Major so we can offer the same opportunities to their owners and players. I would suggest a Major that has 8 groups with 4 teams, and these groups will have more disparity between 2nd and 3rd and so on. 3rd place an upward would gain an invite to future offline qualifiers, still giving positive outcomes to teams that don’t make it past the group stages.

This part is most about online leagues and how opening more space for offline will decrease their value.

A new organization was formed called World Esports Association (WESA). This organization will try to leverage a bad system where only the top 8 are rewarded, further separating them from the rest of the pack. They are using 8 best teams in Europe as a bargaining chip in their negotiation with many streaming platforms, tournament organizers, and sponsors who will have to give more lucrative deals to these 8 teams at the cost of lower prize pools or significantly worse deals for teams outside their alliance.

If we increase the numbers of teams competing in a Major, the WESA founding teams will lose value due to others having increased value, and this will again bring sponsors and investors back to the open circuit where everyone has the same opportunities and value based on their accomplishment instead of money hungry owners who will put their players in bad position just to make more money. The WESA franchise will lose their influence at the negotiating table because many leagues, such as the ELEAGUE with their $2.4 million prize pool, and FACEIT’s league with $3.5 million prize pool, have a shot at making a successful league without the 8 WESA founding members. Opportunities will arise for some of the most successful teams and brands to come into CS:GO. This will open space for many sports personalities to come in just like Rick Fox, who bought Gravity Gaming, and Shaquille O’Neal who invested in NRG, and Schalke Football Club who bought Elements’ League of Legends team.

Each of these teams and brands are bringing money and new sponsors, so if you think we should not care about low level teams, think again. This can all become so much more if we only understand the importance of every team and every slot.