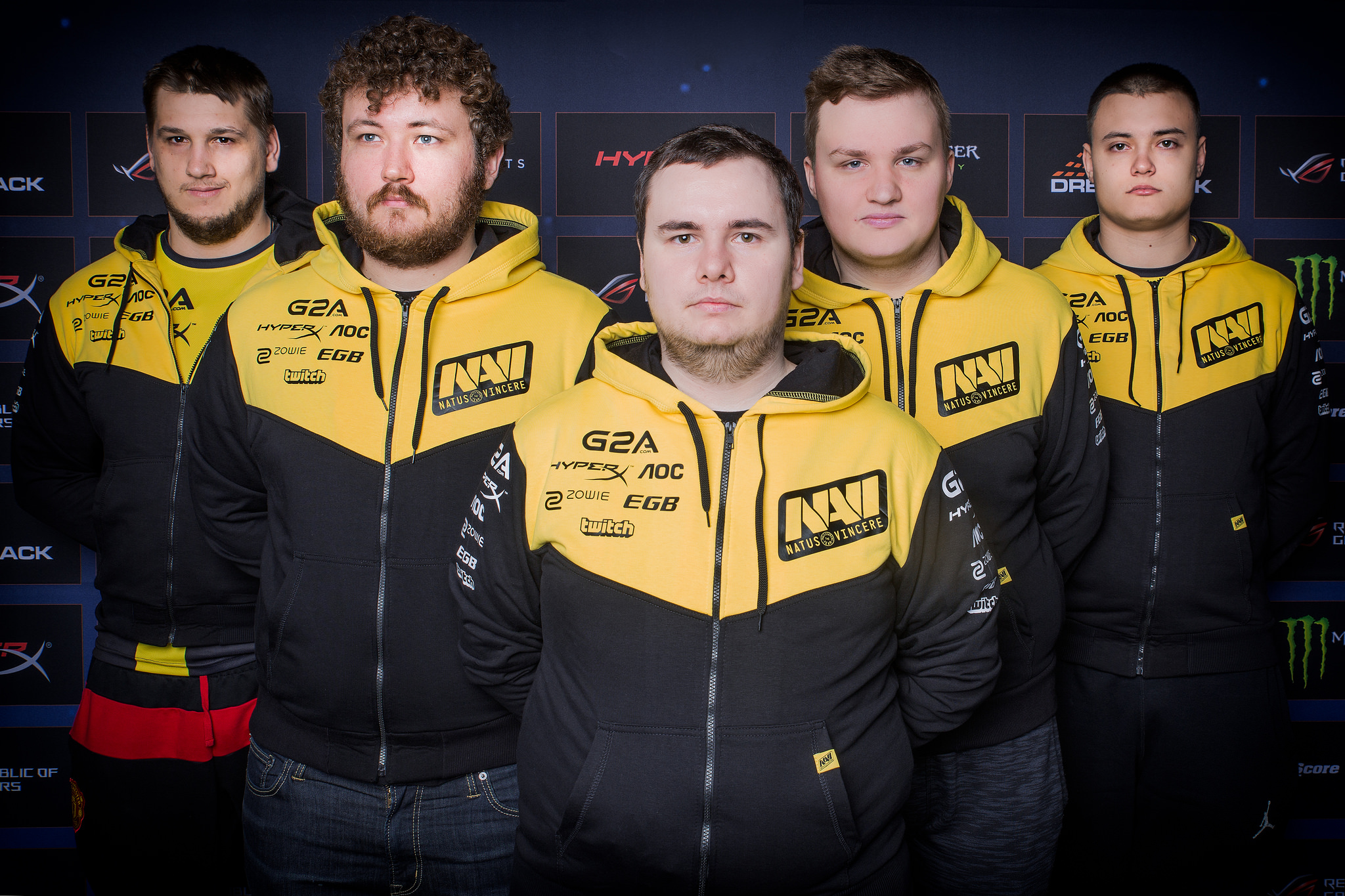 Since the last edition of the rankings we’ve had Dreamhack Malmö and CEVO-P S9 Finals.

For the first time in history, Na`Vi take the top spot in these rankings, becoming only the fifth line-up to ever occupy the number one position, following the great FNATIC and EnVyUs line-ups. Na`Vi have only won one tournament in the last three months and it was not a stacked one, but their sheer excellence of accomplishment in reaching top fours at every event and three straight finals, including at the major, has seen them edge out even the major champions.

Truly a momentous occasion for the team I describe as the hardest in the world to beat. They may not have many trophies in the last few months, but they have shown that grinding brings consistent success both inside the server and outside of it.

Luminosity overtook FNATIC, by virtue of the Swedes losing some of those early titles, but their poor showing in Malmo means they must continue to hunt trophies if they want to beat out Na`Vi’s incredible consistency.

FNATIC will lose ranking spots both as their titles fade out and they are forced to replace olofm at events, but for now their wins earlier this year, including one only a month and a half ago, keep them in the top three. This marks the lowest FNATIC has ever dropped, since I began the rankings. Let’s see if they can work some magic without their super-star.

Astralis disappointed in Sweden, but their body of work both shows how much they have been travelling and how often they have secured top finishes. They are the gate-keepers to the elite, but they are still a strong team.

NiP are back and they’ve earned their highest placing since June of 2015. The Ninjas showed great tenacity with their anti-force-buy approach, pioneered by in-game leader and coach THREAT, to win Dreamhack Malmo. In winning that tournament they added their first Bo3 wins over a top 10 team with this line-up, able to put three on the board (Astralis, Virtus.pro and Na`Vi). It’s rare a single result can rocket a team so high up the rankings, but NiP’s route was that tough and their wins that significant.

Dignitas showed their dangerous upset potential in Bo1s by beating both NiP and Astralis, but were shockingly dumpstered by EnVyUs in the quarter-finals. Even at CEVO, against a lesser field and tipped to reach the final, they couldn’t get out of the group stage and showed weakness in Bo3s, though they did give the eventual champions (Tempo Storm) a close run. In danger of dropping fast in the coming months, dignitas need more top results to buoy them up.

Tempo Storm impressed us with their Bo1 upset wins at IEM, but they proved unable to win a Bo3 series. Malmo didn’t help, as they again upset on a single map and again were unable to secure a series win. At CEVO, admittedly playing some lesser sides, they were able to win a Bo3 over dignitas and a Bo5 series over Virtus.pro. Thus, Tempo Storm finally arrives in these rankings and takes a healthy position at seven, boasting a number of big results over the last few months.

With dignitas in trouble, can the Brazilians overtake them in the coming months to make it two Brazilian teams in the top six?

EnVyUs are still far from an elite team, but their resurgence in Malmo saw them defeating dignitas and making a top four for the first time in five events. With their lone event win set to come off the books soon, nV must add to their Malmo run soon.

A poor performance in Malmo stopped CLG from adding another top eight finish, so they find themselves barely hanging on to a top 10 spot. The top four at the Global eSports Cup is soon to be discounted, so CLG have a clock on their time as a top 10 side.

As much as VP’s online slump has seen them mocked and questioned this year, their run offline has seen themn consistently reaching the play-offs of the last four group stage tournaments they played in. In all five of the events they’ve played over the last three months, they have been eliminated by the eventual champion.

Those placings keep VP narrowly in the top 10, but there is danger looming. The Polish side have only won one Bo3 series over a top 10 ranked team, when they defeated G2 at the major. Can you imagine a world without Virtus.pro in the rankings? They are the only team whose line-up has been present in all of the past editions, but that situation may yet become a reality.