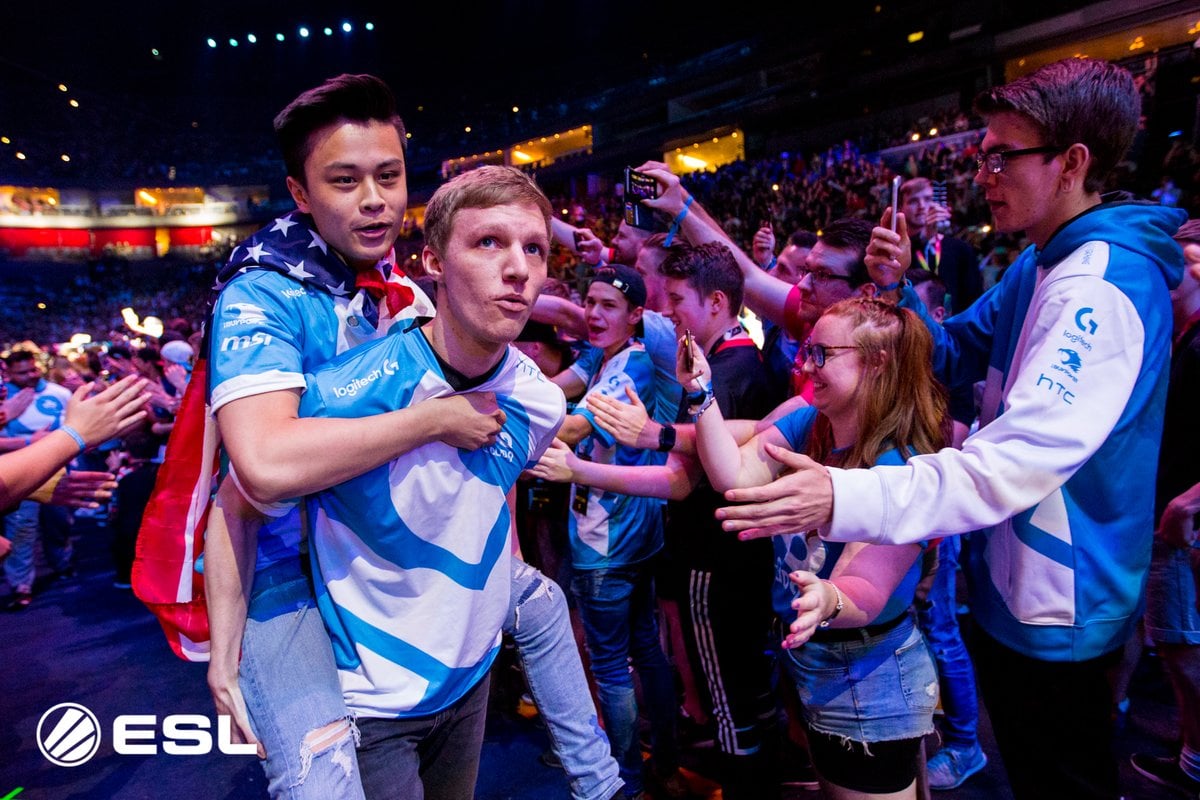 CS:GO has always struggled for a consistently updated and coherent set of world rankings, with so many teams attending different events and the difficulty of judging the context of which event’s results should count for more than another. Rather than construct some kind of elaborate point system and place my expertise into the task of allocating which would receive how many points, I’ve instead looked back over the recent form of each of the teams out there and determined, according to my own analysis and intuition, which team ranks where in my global top 10.

Since the last edition of the rankings we’ve had ELEAGUE Clash for Cash, the Minors, Dreamhack Summer, ECS S3 Finals, the Major qualifier and ESL One Cologne.

SK Gaming’s return to the top spot is completed emphatically with their run of three straight tournament wins, from Dreamhack Summer through to ESL One Cologne. They were more active than all of their rivals and won the biggest events, so holding in second place already we have seen the Brazilians shoot up to a clear top spot which will not be toppled even by victory at the major by FaZe.

SK have had their success in such a short span of time that all of their event victories are within the three month time-frame, seeing them win three large/top tier events and two smaller tournaments. Add in a top four at EPL and their run of six LANs has been impressive at a level no team can truly match right now.

Looking at their resume of wins, SK are in a class of their own. Along with a number of Bo3 wins, including two over FaZe and one over Astralis, FalleN’s men have two Bo5 series wins, including one over the aforementioned FaZe. SK are the world’s best Counter-Strike team once more and head into the major looking to make this a second SK era.

Their victory at StarSeries finally dropping off the radar meant FaZe were always going to be in trouble of being overtaken by SK, no longer having any titles on the table, but they have still managed to keep the distance from returning to the top reasonable by virtue of reaching finals consistently and at worst finishing top four. A good resume of ranked wins, something which eluded them early in this line-up’s time together, ensures a deep finish at the major keeps FaZe poised to once more reclaim the top spot they only secured for themselves last month.

The highs of G2’s run at EPL have been tempered by the relatively underwhelming failures to finish top four at the big events following it. There’s still enough on the resume, including Bo3 wins, to keep G2 in third, but they are at risk of being overtaken by Astralis if they get out-performed at the major. The French may be the game’s most dangerous dark horse, but they are dark horses nonetheless.

A top four at ECS was not enough to help Astralis begin the climb back into the top spots, but ensured they remain ahead of the rest of the scene, especially taking into account their ranked wins, which are still very respectable. Missing ESL One Cologne was costly in the rankings for the Danes, as it meant having no chance to add a big placing, so all eyes are on the major to determine whether Astralis will push higher as the year goes on.

The triumphant return of Cloud9 has them charging up past the entire bottom half of the rankings and into fifth, not quite as high as the organization’s peak of fourth after the famous summer run of 2015. C9’s run of form was appalling earlier in the window, finishing outside of the top four routinely and even placing last place at tournaments like EPL and DHS. ECS S3 saw that all change though, grabbing a top four and a map win against Astralis. ESL One Cologne added a big placing with a runners-up finish, though it reflects the easier path the team took that their only ranked win from the tournament was the Bo3 semi-final victory over Na`Vi.

C9’s resume of ranked wins is dry, with two Bo1 wins (SK and Astralis) and the previously mentioned Bo3 series win, but their placings are high enough to ensure that they head to the major with a chance to keep themselves ahead of the pack below.

Na`Vi’s top four run at ESL One Cologne helped them secure a better placing, particularly since they won a Bo3 series against G2, one of the world’s better teams. With the teams below them coming to the table with good results at smaller events and mainly Bo1 ranked wins, the CIS squad hold this spot tenuously. With rumors of a CIS shuffle surrounding the major, a big finish there means more than just a chance to move towards being a top team for Na`Vi, as their talent is the most desired in the region.

Gambit are very much an underdog in the big events, but their quality as a team bears out in the smaller tournaments and with their ranked wins. Beating SK and HR in Bo1s and IMT in a Bo3 still remain on the books and Gambit keep their heads above water in the rankings.

Fnatic have one of the most successful groups of players in history, but only just return to the rankings after a couple of months away. The second place at Dreamhack Summer gave Fnatic the path back to the top 10, but it is their resume which is surprisingly good for teams at this level. Wins over IMT, SK and TL go along with a series win over Gambit, putting olof and company again in the territory of the decent teams in CS:GO.

North were a stable squad earlier in the year, consistently reaching the play-offs, but those results have been and gone. This North is underwhelming to its core even in its placings and that second place at EPL, beating no good teams, at the time, is all that keeps North relevant. They only have Bo1 wins over Na`Vi and G2 on their resume and no series wins. Without some kind of quality finish at the major it seems inevitable that North are due for a roster change or disappearance from the rankings.

Team Liquid are one of those teams who don’t get top finishes, but live off moral victories. Luckily for them, rankings take into account single maps won. Five different Bo1 ranked wins along with that top four at EPL allows EliGE and the gang to stay in the top 10, but more top placings are necessary if they want to have a chance of the kind of ranking that Cloud9 has secured. Second best in NA isn’t worth so much these days.