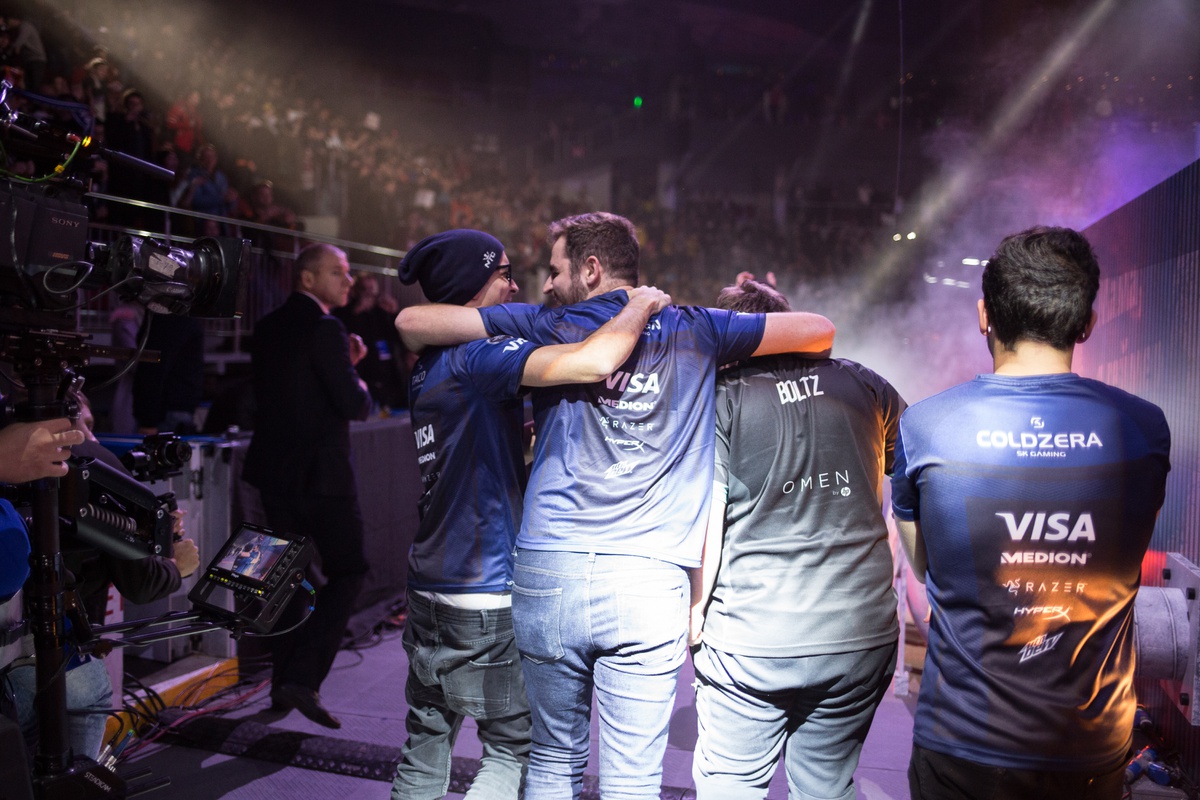 Thanks to their impressive victory at the ESL ProLeague S6 Finals, SK Gaming have set the stage for an epic run which could well culminate in an era of dominance over the CS:GO world. Winning three of their first four offline events and defeating FaZe, their key rival for the top spot, on two separate occasions, it’s easy to why the world of CS is swept up with SK fever. Calls for the Brazilians as the undisputed team of the year and perhaps even the best of all-time seem both premature and illogical, though.

Does no one care about the man in the box?

Regular consumers of my content will notice I often put an emphasis on referring to a team within the context of their current five man line-up, as opposed to any historical legacy of their core, a useful term even if it can become muddied when super-star players are not considered a part of it. While SK Gaming has won by far the most titles, eight if you’re keeping count, and placed top four more than a dozen times, it makes little sense to refer to them as a single team or collect together their titles and placings between their two different line-ups, one with felps and the other with boltz—ignoring the third and explicitly temporary line-up of using fox at the major to start the year.

SK Gaming with felps are a contender for team of the year and would earn this writer’s vote, but only five players can enter the server and play an official match for a team. SK Gaming with boltz have started as hot as practically any team in history, especially taking into consideration the level of competition and infrastructure CS:GO exists at currently, but are not a reasonable team of the year when put against the line-up featuring felps. A strong case could be made that Astralis and the current FaZe line-up would rank ahead of the boltz line-up as far as accomplishments over the calender year go, being as the boltz team played only four events and thus could not accrue as many top four finishes and finals as those two teams, who played more events, and in Astralis’ case by a large margin.

Boltz or felps but not both

If onlookers wish to rank SK’s accomplishments as a whole then how can they call SK the best team of the year, and thus boltz a member of the best team of the year, if felps helped put more trophies in their cabinet? If we are to count SK’s titles and finishes with felps, then how does boltz playing for an entirely different team, sometimes against the very SK whose accomplishments are being discussed, factor into the equation and yet not cause a conflict in logic with simultaneously considering his titles with SK as part of the overall ranking for SK?

If FalleN, fer and coldzera join FaZe tomorrow, does that mean that at the end of the year FaZe are now the team of the year, since the same logic would presumably dictate that you add that SK trio’s results to FaZe’s? What’s more, how do we resolve that some of those accomplishments came against each other? Where is the line drawn? How many players leaving or joining a team alters their overall ranking for the year? It’s clear there is little but chaos surrounding that conception and no centre to cling to logically with this approach.

Speaking about a core has some value but even then is better used simply as a term to structure a narrative than a hard filter to compare and contrast teams against each other from. No, it only makes sense to talk about five man line-ups when discussing the best team of the year or all-time.

NiP were the greatest team of all-time because of what their line-up with fifflaren accomplished from 2012 to 2014. That four of their players stayed together for almost three more years does not add to their greatness, as each player introduced to the team reset the clock on accomplishments and created a new legacy and chapter in NiP’s history. It makes more sense to contrast NiP with Maikelele and NiP with Pyth to NiP with fifflaren than it does to consider them all somehow the same team and thus grant them the status of best team of all-time on the basis of their collected titles won and placings achieved.

FaZe’s run of three straight finals and four straight top four finishes after adding NiKo was spectacular, but had little to do with the current FaZe line-up’s accomplishments and legacy as a great team.

You get five and that’s all

If a team is the best in a given year and the best of all-time then they need to have earned those titles by playing in the server, which means there can only be five names considered, with a small consideration perhaps given for a team who run a true six man line-up rotation—which admittedly has rarely ever been the case, with the SK Gaming of 2003, who needed SpawN to play at the nationality-based WCG, rather than Norwegian IGL elemeNt, perhaps being a lone true exception.

SK Gaming with felps may well be the best team of 2017 and are up there on the list of all-time great teams, with the SK Gaming of 2016 jostling with them for placing on the latter, but SK with boltz is a new chapter and a fresh campaign to best the mountain and create a legacy for their team. Players carry over their accomplishments from different line-ups, but it makes little sense for line-ups to, in the context of how we rank them and discuss them.