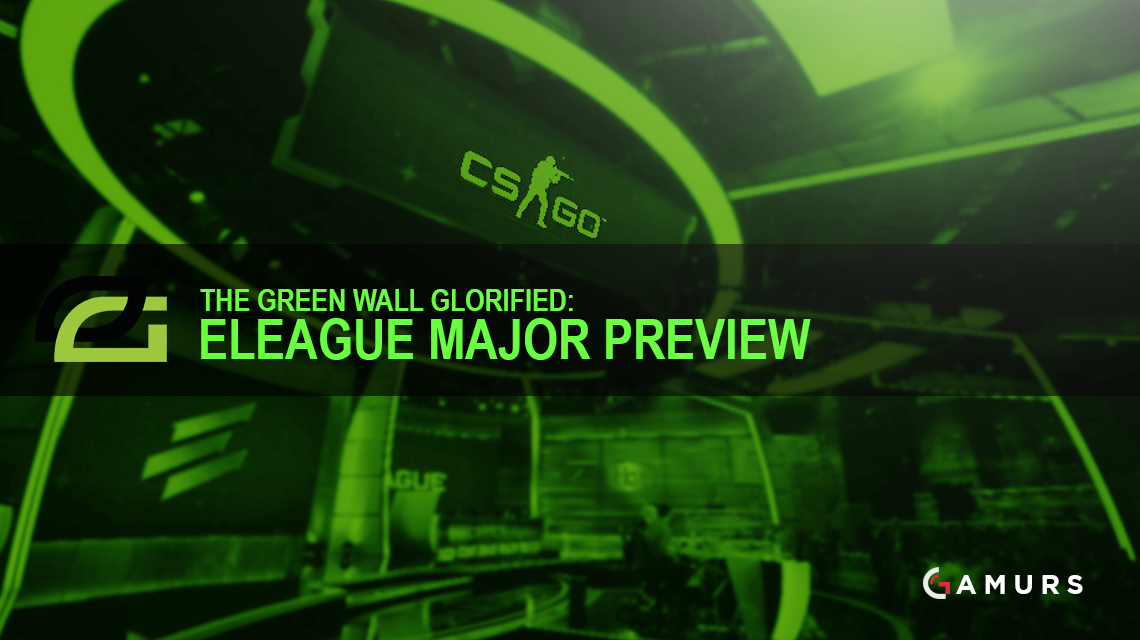 OpTic Gaming is known as the pinnacle of console esports. They have the best Gears of War team in the world, the best Halo 5: Guardians team in the world and some the greatest Call of Duty players to ever grace the game.

A little over a year since their entrance into PC esports and Counter-Strike: Global Offensive, they now own the best CS:GO team in North America. Even though the lineup has changed a little over this past year, the core is still very much the same and the additions have helped them in their ascension to greatness.

At the time of writing, HLTV has the team placed at number three in the world behind SK Gaming and Astralis. Although world rankings are difficult, as they act as a snapshot in time, this is something I, and many others, are inclined to agree with.

I am going to take a look at OpTic’s past events and give my opinions on why I think they will succeed at the upcoming ELEAGUE Major.

The original lineup, consisting of Damian “daps” Steele, Peter “Stanislaw” Jarguz, William “RUSH” Wierzba, Keith “NAF” Markovic and Shahzeeb “ShahZaM” Khan, had a great start after leaving Conquest. They qualified for the first season of ELEAGUE, but after that, they failed to make it into the MLG major, losing to Winterfox.

This was the beginning of a rocky road, which eventually led to the removal of ShahZam and the edition of the Spanish superstar from gBots and one the keys to OpTic’s ascension to greatness. Oscar “mixwell” Cañellas is a tier one AWPer and a fantastic rifler, who helped this North American team go from a team with upset potential, to a top-three North American team with a presence on a global scale.

Their first “upset” was against Astralis at the ESL Pro League Season Season 3 Finals, where they beat the Danes in a best-of-one 16-7. In that same tournament, they took on world number one, Luminosity, in a best-of-three. They lost 2-0 (16-12, 16-13), but it was the start of their rise to the top.

Around the corner was the major. OpTic took the NA qualifier with flying colors and finished top-five in the Major Qualifier. However, they crashed out in ESL One Cologne 0-2, losing to Ninjas in Pyjamas. This loss led to further shuffles in the North American scene and Tarik “Tarik” Celik joined the green machine from Counter Logic Gaming. After a few little shuffles, RUSH, Mixwell, Stanislaw, NAF and their newest member went on to achieve this:

The All Singing, All Dancing CS:GO’ing Machine

OpTic’s four man lineup has been on the rise off the back of a good amount of firepower and a fair spread of star power. At first, Mixwell and Tarik were outlined as the players with potential, but, with some well-structured T sides and CT defenses from Stanislaw, and reliable, and sometimes stunning, gameplay from RUSH and NAF makes these guys difficult to stop.

NAF went off in this final against Astralis in the finals of ELEAGUE Season 2:

This fluidity has pushed them past Cloud9 and their balls to the wall with backup plans type of strategy has made them harder to read. I would, and so would many others, put OpTic at the top of North America, as well as pretty high up on a world scale. This major will solidify many teams on the world rankings, including the position of OpTic.

How Far Can They Go?

I’d like to say all the way because I fully believe they can. The major group format is the Swiss format, meaning all the matches are best-of-ones. This means that even if they are against the likes of Astralis, SK Gaming, Virtus.pro, NiP, or Natus Vincere, OpTic still stands a really good chance of winning. They also have a good map pool for best-of-three series, as Cache, Overpass, Train and Cobblestone are all strong maps. Nuke and Dust 2 are their worst maps and can be banned out. Often, in the case of most of the top teams excluding VP, these aren’t strong maps for them either.

When you put this all into context, plus their current level, the decline of SK and the fact we have not seen Na’Vi or VP in a while, I could see them getting top-four and maybe more. The WESG 2016 World Finals will either confirm or deny my thoughts on OpTic’s chances at winning the major, as both Na’Vi and VP are going to be competing there as well.

Another point we could raise is that this major is on North American soil, and in many cases, the home ground advantage has played a huge factor in the over-performance of teams. Team Liquid (although Oleksandr “S1mple” Kostyliev was a huge factor) made it to top-four for the first time since DreamHack Winter 2013, and don’t forget OpTic at the ELEAGUE Season 2 finals.

The road that OpTic drove down to get to this point has been one of many ups-and-downs, for the lack of a better cliche. But, it has all been worth it, and if this team gets out of the group stages, be on the lookout for history in making.

Feel free to ask me for more of my opinions on Twitter here @GAMURS_tnm. For more of the greatest CS: GO news, opinion pieces, and event coverage from the greatest minds in all the business, follow us on Twitter, @GAMURS_CSGO.