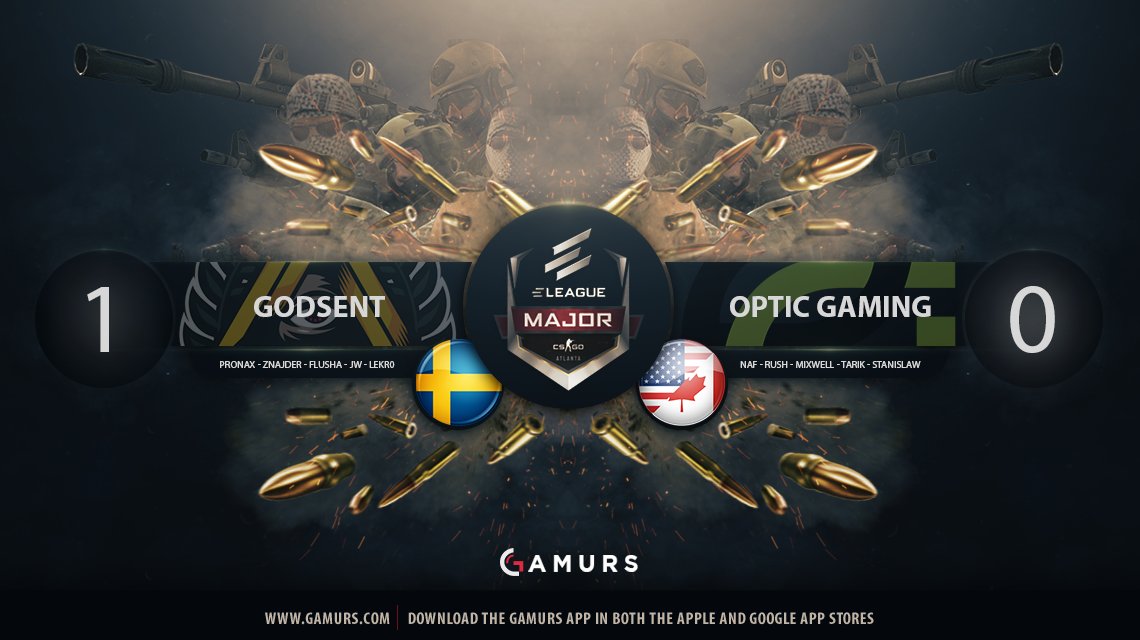 The next match in the ELEAGUE Major had GODSENT facing off against OpTic Gaming on Cache – with both teams fighting against elimination.

The pistol round got underway with entries from GODSENT on A site, but shots from OpTic put players on GODSENT on low HP. However, GODSENT managed to close out the round. The next five rounds were won by GODSENT, though they weren’t clean – they sustained heavy losses for the first few rounds, only surviving with 2-3 players.

OpTic replied back by winning the next two rounds, almost breaking GODSENT’s economy; however, a force buy from GODSENT proved lethal as znajder picked up a triple kill to secure a seventh round win for his team.

This forced OpTic into an eco round to save up, as they had yet to build up any money. Nonetheless, OpTic won their eco round courtesy of some heroic p250 kills by NAF.

OpTic now looked to string rounds wins together, but once again had to do an economical reset thanks to superb entries by Lekr0 on B. This put GODSENT up at a 10-3 scoreline, and left OpTic in crucial need of the remaining rounds in the half. An A main push in the following round proved to be an outstanding decision for OpTic, and allowed them to pick up the remaining two rounds of the half.

OpTic won their T side pistol with relative ease, and strung the next two rounds together with minimal losses to bring the score to 10-8 in favor of GODSENT. The first gun round of the half went GODSENT’s way, despite stanislaw’s best efforts to clutch a one-on-two. This gun round win allowed GODSENT to win the next five consecutive rounds, and gave them the win over OpTic.

This marks the end of OpTic’s journey at the ELEAGUE Major, and we look to GODSENT as they continue to play later tonight for a legends spot.

Did you expect GODSENT to win? Will this team secure a legends spot? Let us know in the comments below or on Twitter @GAMURScom, or tweet the writer @Nohte.