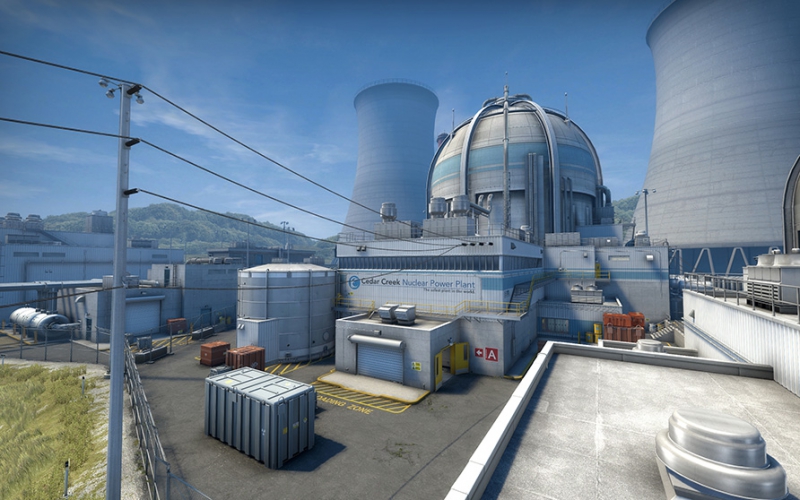 Here are some of the greatest games to ever be played on Nuke. Some of them are referenced in this article, and if you have the time or interest, I recommend checking them out, a thrilling look into the past.

Nuke has been around for a very long time, one of the oldest maps in the game, and it was a shame to see it leave the Active Duty pool. Now, it is back. Immediately, that brings to mind NiP vs VeryGames at ESEA Invite Finals Season 13 and NiP vs Virtus Pro at Dreamhack Winter 2014. If we go further back, we find one of the greatest maps of all time, only spoiled by an overtime map switch–SK versus 3D at CPL Winter 2005. These do not need any explanation whatsoever. One team dominates, and then, the other takes control. Just when you think its over, the team down on rounds scrapes it together on CT side. There is always a chance to win, but in today’s Nuke, it appears that there is always a chance to win no matter what side you are on. It has actually seemed a bit T-sided, alienating fans of the old Nuke and leaving the old haters unappeased.

NiP and various Swedish teams have been masters of Nuke. Swedish aim really shone through on the CT side, while some of the tactical geniuses of the country were able to pick up a few rounds on the T side. In the current form of Nuke, such a style will not have as great of an effect. Very cerebral players are going to be the ones to dominate on this map, at least initially. There are so many places to be and ways to play out a situation that, without players like potti, vesslan, and SpawN, teams won’t be going anywhere. But there still is hope for Swedish teams immediately being the best on the map. GeT_RiGhT and f0rest have been crucial in Swedish victories in 1.6 and GO. Perhaps, and maybe, Fnatic will be able to brute force games on Nuke and get wins that way, as they have been doing since pronax left. Maybe, Godsent will find this map to be a niche for them, a map that they can unexpectedly win on because other teams are less experienced on the map.

Remember f0rest being considered the best Swede to ever play the game, perhaps the best person of any nationality in Counter Strike? Well, there is NEO, the best Polish player and is also a man debated for being the best Counter Strike player of all time. Nuke has been a battleground for these two stars, which is one of the reasons why VP vs NiP at Dreamhack Winter is so important. Going to overtime made it an even more memorable game. The Polish team’s standing on Nuke and other maps in the past is obvious, but where will they fit into the fray now? Virtus Pro is in an uncertain situation right now. Will they cut a player? Who will they cut? What are they going to do? So how good will they be on Nuke is not a very important question in the grand scheme of things. This question is also virtually impossible to answer because sometimes they will show up and sometimes they won’t. They are not the type of team, in this current phase, to learn maps quickly, though they could become specialists on this map like they are on Train and Overpass. For teams that are not too confident on Overpass and Train, they must ban one of them in series against Virtus Pro, and even for the very top teams in the world, they prefer not to face VP on these maps. Taking out Inferno and adding Nuke will probably help Virtus Pro, despite winning against Tempo Storm on the map at CEVO Gfinity Professional League Season 9 Finals. Virtus Pro’s match history is littered with defeats to various teams ranging in standing on Inferno, which means that Tempo Storm is not that good on Inferno. All of this means that this change is probably going to help out VP, but we are not going to see them become a top 3 team with the help of this new map, or any change, anytime soon.

The announcement of Nuke being added to the Active Duty pool may have made some people optimistic, but professional response to the release and addition of Nuke leaves a sour taste in many of our mouths about the prospects of the map. Just take one step back; there is nothing to worry about. 1. These pros have played the newest iteration of Nuke no more than 10 times, most likely. 2. A new change always makes people complain. For example, CS players were unhappy with the game and demanded updates. Valve obliged with their requests, which now leaves us with some players thinking back to versions, like 1.3 and 1.5, being the best, not 1.6. 3. The people complaining about Nuke were terrible on the past version of it. Zeus, who tweeted about it being terrible four times saying things like how he would rather play Tuscan, has been remarkably terrible on the map. In all of CS:GO Na’Vi, has played it a total of 10 times, winning 4 of those times. You have to remember that this is all of CS:GO. Also, only one game was won against a good Nuke team. Good luck to Zeus, the leader of the team, with coming up with Nuke strats in this T sided meta. Cadian, a horrible player who was taken off of the third best Danish team, has a lot to say about the map and overreacts big time to something he doesn’t even know about. He arrogantly assumes that it will be played at the Minor Qualifier, which is three days away. Valve, although an organization often lacking foresight in these things, knew that their addition of Nuke to the Active Duty pool would hurt some teams and would be unfair, and they acted accordingly. This outrageous demanding behavior from public figures, and community members in general, really hurts our reputation in Valve’s eyes. The next time something really broken, like the R8, comes out, they will be less willing to listen to us because they think that we will get over it and that they (the developers) know best. Cadian also makes comments that are indicative of unwillingness and inability for him to adapt and change to the meta, similar to calling Fnatic’s rise to dominance b.s. because they played a different game of Counter Strike than what people at the time were used to. There were some very mild and reasonable pro reactions though. NBK, a voice of reason in the scene, stated that he was sad to see Inferno go because EnVyUS was now a good team on the map again and hinted that it was going to be the center for an EnVyUS comeback. Xizt has high hopes for his team on the map. NiP has been the best team on Nuke in CS:GO and used it as the center for 87-0 streak. That’s one way to look at NiP’s year long slump that they are now beginning to emerge from.

There have been a great many mixed reactions on the map. I think we are all hoping for a good new map in our beloved game. Many of us are still in the mindset that was rightfully held back in the beginning of CS:GO when the FPS scene was virtually dead. Today, such a mentality is less needed, although some of these reactionaries do have a good point when it comes to corrupting the game by making it easier to play. Nuke, however, does not fall under that category. The developers did try to make easier for the T side, and we are now left with a much more diverse meta for the map. Say what you will about Valve ruining one sided maps to make them more “balanced”, which I have spoken out about in the past, but I think we are in store for a future of Nuke games that will compete with games like NiP vs VG and SK vs 3D.