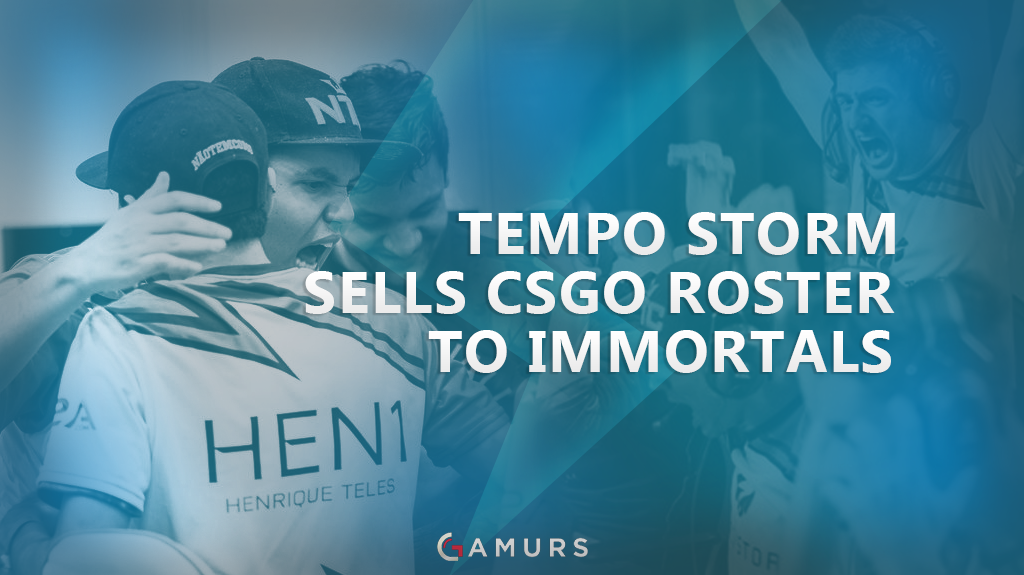 In a press release, Tempo Storm announced that the organization has released its Counter-Strike: Global Offensive roster to Immortals.

This is a leap into the world of competitive first-person shooters for Immortals, as the organization is most known for accomplishments in League of Legends. However, Tempo Storm was not the first team the North American organization has approached recently to acquire a CS:GO roster. Immortals has also approached GODSENT, Splyce and Renegades according toESPN’s Jacob Wolf.

“We’re excited to start working with the former Tempo Storm team and look forward to more opportunities to cooperate with Andrey and the Tempo Storm organization,” Noah Whinston, CEO of Immortals, said.

This announcement comes shortly after Tempo Storm was denied to play in Turner and WME|IMG’s ELEAGUE ESPN sources said. Immortals was said to jump on the opportunity to acquire a growing team.

In the same post, Henrique “hen1” Teles, well-known for his AWP play, also commented on Immortals and praised the organization’s support:

“We are very happy to join Immortals. It’s incredible the support they have given us since the first day. We have never been so motivated to reach our goals and be the best. We would like to thank Immortals for this opportunity and we will not take this for granted. We are going to keep doing our work and representing Immortals in the best way we can.”

Since moving to North America, the team has been heralded for their growth as players. Through the last year, Immortal’s new roster has won five first place finishes, including CEVO Gfinity Pro-League Season 9 and ESEA Season 21 Premier Division, which earned them a spot in the upcoming ESL Pro League season.

“While it saddens me to part ways with the CS:GO team, Immortals will be an excellent home for them,” Andrey “reynad” Yanyuk, founder and CEO of Tempo Storm said in the Immortals Facebook post.  “I am extremely proud of what they have accomplished during their time with Tempo Storm and I wish them the best of luck in their careers moving forward. We’ll be back in the CS:GO scene before long!”