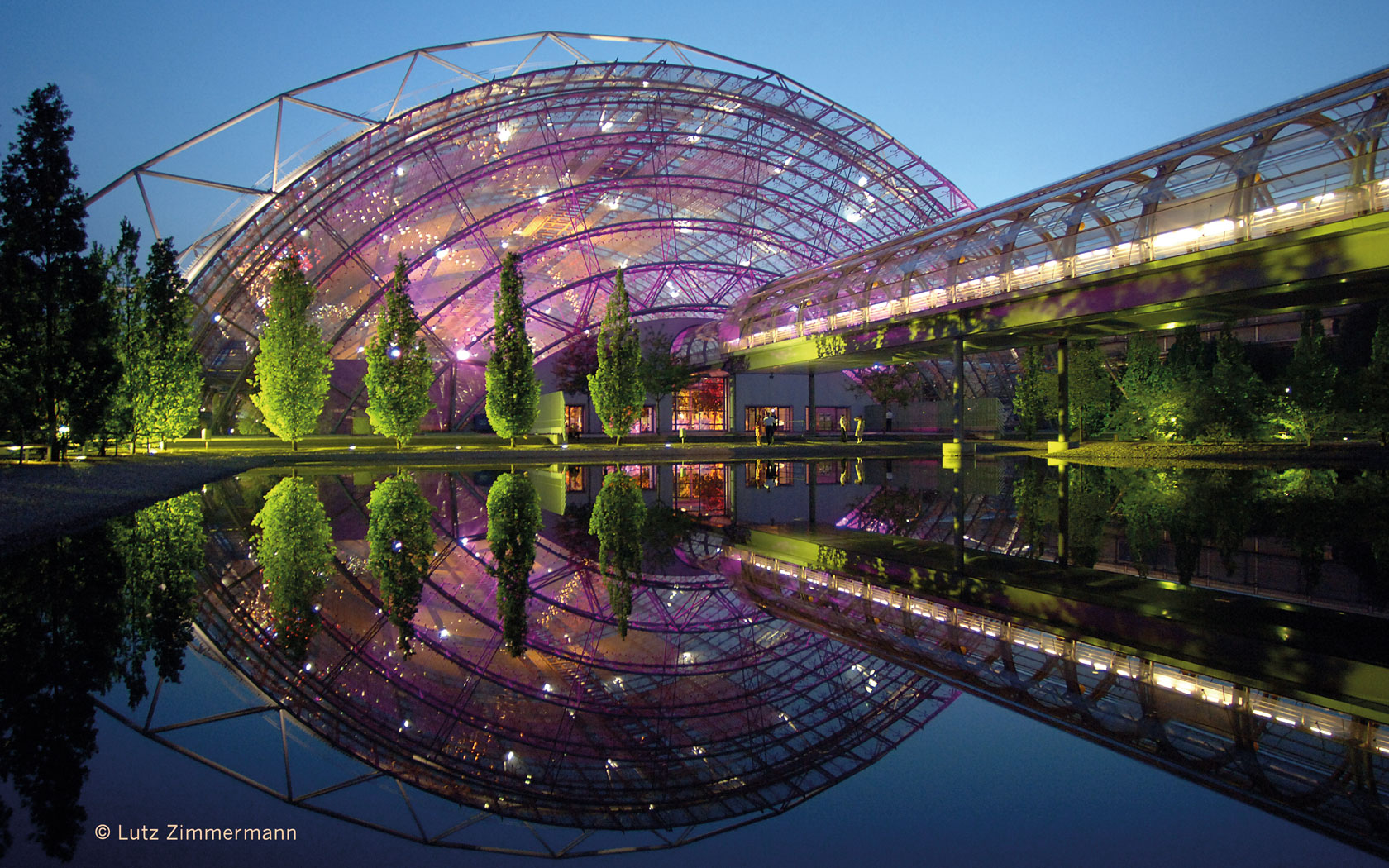 While the event in Leipzig this year will almost certainly be overlooked by many due to the ELEAGUE Major looming just a week ahead, it boasts plenty of interesting storylines of its own, especially when looking further down the line this year. Teams from Leipzig will not compete for a major title in Atlanta later this month, but they can begin their rise to prominence, much like Dignitas in January last year. Seeing what happens in Leipzig can give valuable insight into what’s to come in 2017.

Is FlipSid3 again in shape for the major?

The team led by B1ad3 has a history of relative overperformance at the majors, with their best-of-three upset over NiP at ESL One Cologne the most notable showing. Since replacing Shara with Russian youngster electronic, FlipSid3 has attended two tournaments, having had to use a stand-in at iBUYPOWER Masters in California. At Adrenaline Cyber League Finals, they beat Spirit and Tengri before losing the grand final to hooch’s Gambit, but at DreamHack Open Winter they took down Dignitas, now known as North, before a narrow loss to Kinguin sent them packing.

DreamHack Open Leipzig will offer a chance to see what kind of shape we should expect markeloff and company to be in at the major. They will have a few more days to practice, but barring a miracle, will more or less be the same team at both. Despite FlipSid3’s history of doing better at the majors with the stickers at stake, Leipzig should give us a good idea of their current shape. However, the key variable that will change in Atlanta is FlipSid3 can focus more on countering their opponents at the major – even though the Swiss format hurts them in that regard – than they can with the relatively unknown competition of Leipzig.

Was Vega Squadron’s win over NiP a fluke, or can they compete?

While Vega Squadron could not qualify for the ELEAGUE Major in December, their 16-2 win over NiP in an elimination game ranks among the most impressive upsets in Counter-Strike history, given the stakes in play. The Russians also played EnVyUs close in the decider, suggesting they could be a team on the rise. 2017’s first DreamHack event will offer chopper and his teammates a shot at proving their performance in Atlanta was not a fluke. They share group B with fellow ex-CIS competitors FlipSid3, cadiaN’s Rogue, and gob b’s new German team BIG. It is not inconceivable that Vega Squadron could make the playoffs here. And if they do, it could only be the beginning to bigger things in 2017.

Can Rogue or LDLC, the ESEA S23 GC attendees, surprise anyone?

Rogue came out on top at the ESEA Season 23 Global Challenge in Los Angeles to start off the offline Counter-Strike calendar in 2017, besting Ex6TenZ’s LDLC team in the process. While both teams did well in California, each of them remains mostly unproven. DreamHack Open Leipzig will be a chance for each to move up in the world, as most of the teams on-site in Germany will have a similar, if not better, track record than the duo of cadiaN’s Danish-Bulgarian mix and the Frenchmen of LDLC. While they are, in a sense, both warmed up already – having played offline matches together recently – they also face the downside, as there are fresh offline demos that can be studied by their opponents. In addition, one could consider the possibility of each feeling some extra pressure; LDLC because of not winning in Los Angeles, and Rogue due to their win being overlooked by many. This weekend should give us a better idea of their form.

How competitive is Fnatic Academy versus European opposition?

Following a top-eight finish at ESWC 2016 with wins over Rogue, ENCE and Heroic, PlesseN’s Fnatic Academy team took down PENTA 2-0 at Predator Masters 3, and closed out 2016 with an international tournament in Shenzhen win over locals VG.CyberZen and South Korean MVP Project. The Chinese event saw Fnatic’s Academy team win over $72,000 in prize money, and former Fnatic stand-in PlesseN put up a ridiculous 72-40 scoreline for +32 K-D differential and 1.63 rating to go with a 99.6 ADR. The Swedes have proved they are a dangerous second-tier team, but are looking to move up in 2017. Sleep on Fnatic’s second team at your own risk, because they are contenders at DreamHack Open Leipzig, even with Crowns’ Jayzwalkinz as a stand-in.

Can gob b unlock nex and build a German contender in BIG?

Following a mostly-disappointing year in North America with NRG, mousesports legend gob b together with NRG teammates LEGIJA and tabseN have built a new German team, teaming up with ALTERNATE’s star-AWPer keev and former mousesports talent nex. BIG may need more time to be competitive, if they are to rely on gob b’s leadership – NRG improved quickly, but it is unclear how much practice the German side has had leading up to 2017’s first big event, that just so happens to be on their homesoil.

While gob b has struggled individually in CS:GO, and LEGIJA is a role player at best, the trio of tabseN, nex and keev could keep this team afloat – especially against the competition in Leipzig. To me, the most interesting aspect to this team is whether gob b can unlock nex. He looked like a star prior to NiKo joining mousesports. Is that gone, or could be still become a part of Counter-Strike royalty? Early signs were good in the DreamHack Masters Las Vegas qualifier, but it was an online game they wound up losing. Can they follow up on the result in Leipzig?

Will Maikelele and pita’s Qwerty be competitive?

Maikelele proved he is still a valuable playmaker in his brief stint with NiP last fall, giving NiP the necessary boost to win them an international title over G2 at SL i-League StarSeries Season 2 Finals in Kiev. Former CLG coach pita has been inactive as a player since mid-2014, but did reasonably well as a player for CLG at ELEAGUE’s inaugural season. Former Fnatic stand-in turned-into-member wenton was unable to make his mark on a top team, but also did his job. Rounding out the team are slap and atter, who are Swedish players with years of experience but little to show for it.

From the outside looking in, this looks like a temporary project for Maikelele and pita to show their worth, without enough skill to compete. But these Swedes have likely played hundreds of games together, and could be good enough at pugging to upset the kind of competition in Leipzig.

Is Heroic going to get the job done?

Looking at the team list, valde’s Heroic is the obvious favorite to win it all at DreamHack Open Leipzig. They boast the most impressive history of anyone coming into the event, having beaten the likes of Liquid, G2, mousesports, SK and VG.CyberZen in recent months, following the acquisition of niko, to replace gla1ve, who left for Astralis. Following catastrophic showings at niko’s first two events ESWC 2016 and the European Minor, the Danes stepped up their game and closed out 2016 with a victory in Shanghai at IGL 2016, winning $43,000 in the process. Sure, the loss to FlipSid3 was disappointing in the Las Vegas qualifier, but that was an online game whose result may not translate to online play – for a number of reasons, of which one is not that FlipSid3 is better online.

Former SK and Fnatic member MODDII has proven he can still be a valuable player in CS:GO, with similar inconsistency to that of Na`Vi’s Edward still plaguing his game. Friis can get the job done in sniping, Snappi is a solid enough leader to captain the team over gla1ve, and niko has plenty of unrealized potential to help the venture capital-backed team reach greater heights. But the real diamond in the rough is valde, the 21-year-old Dane I picked as my player to watch in 2017. Heroic is lucky both North and Astralis look set, because they need to get results with valde beginning to enter his prime, or he could look for opportunities elsewhere. Watch valde closely, because he is the dominant force in Heroic – the favorites to win DreamHack Open Leipzig.