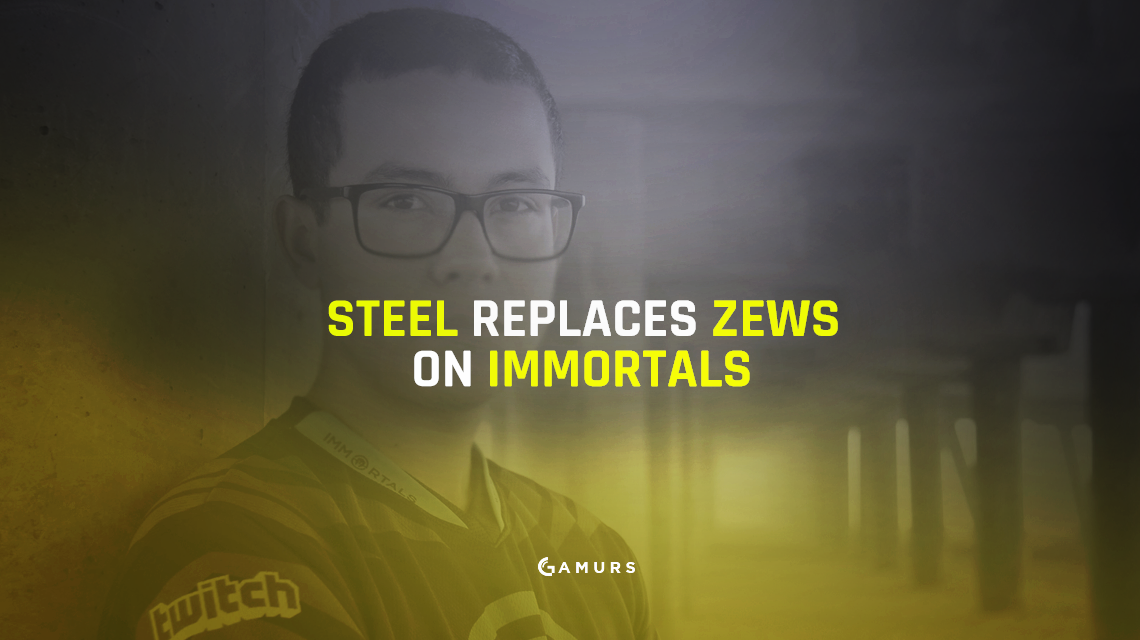 Today, Immortals announced via Facebook that Wilton “zews” Prado is no longer with the team, and his replacement is Lucas “steel” Lopes. The reason for zews’s departure is unknown, but in zews’s personal announcement, he said, “As for my now ex-teammates – I haven’t spoken with most since ESL Pro League finals.”

Since zews joined Immortals, the team accomplished a lot together. Some of the notable accomplishments were first at Northern Arena Toronto, first at the iBUYPOWER Fall Invitational and qualified for Esports Championship Series Season 2. Sadly, the team’s two most recent events didn’t go so well, as they took 13-16th in ELEAGUE Season 2 and top-10 in the ESL Pro League Season 4 Finals.

As for where zews will end up, he’s decided to go back to coaching, as he said in his personal announcement. What team he will end up on is unknown at this moment. Be on the lookout for where his future home will be in the days to come.

Where do you believe zews will end up? How do you think Immortals will do with their new pickup? Let us know in the comments and make sure to follow us on Twitter, @GAMURScom, for live coverage and other esports content.