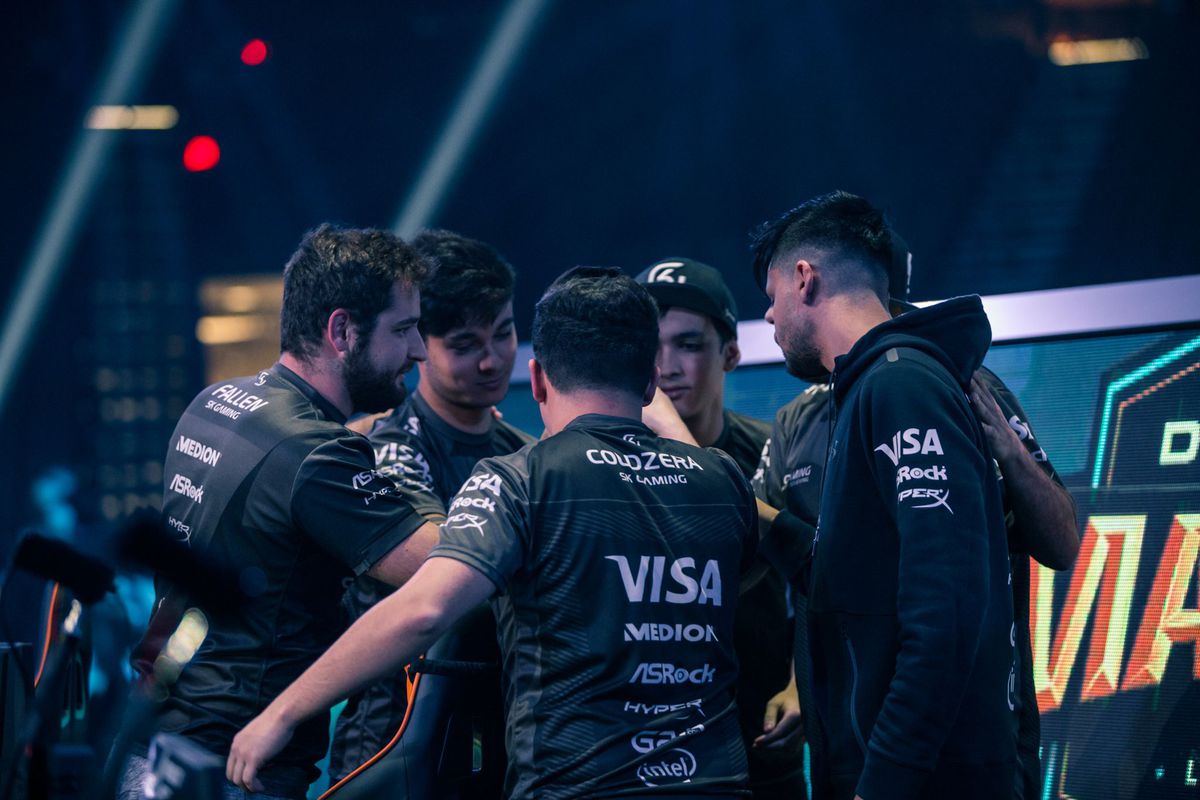 SK Gaming dominated day one of the ESL Pro League Season 5 Finals with ease, losing only 15 rounds in their three matches.

The Brazilians rocked Cloud9 in their first match of the day on Cobblestone, SK’s favorite map pick. Starting out on the Counter-Terrorist side, SK Gaming won 66 percent of their retakes against the popular North American squad. They finished the first half at 8-7, which is an impressive feat on a map generally considered Terrorist-favored. After switching sides, SK did not drop a single round thanks to impressive kill totals from their stars. Fernando “fer” Alvarenga finished the map at a 28-11 kill death ratio with 120.2 average damage per round. SK ended the match at 16-7.

Their second map of the day, Mirage, featured a Brazilian showdown between SK and Immortals. SK fell on the first pistol round because of three defensive frags from Immortals’ Vito “kNg” Giuseppe. Despite a few hiccups, SK powered through the rest of their Counter-Terrorist side at a comfortable 10-5 lead. They had another clean Terrorist side to close out Mirage 16-5. Gabriel “FalleN” Toledo led the KDR column at 23-6 while João “felps” Vasconcellos had a 23-14 KDR, a 47.8 headshot percentage, and a 132.1 ADR.

SK’s last game on Cache against Fnatic proved to be their easiest match of the day. SK limited the Swedes to three rounds in the first half of Cache by maintaining exceptional middle map control and scoring some early kills on their Counter-Terrorist side. Fnatic failed to gain any sort of consistency or show variation in their strategies, making it less of a challenge for the Brazilian powerhouse. Every player on Fnatic concluded Cache with less than 11 kills. Conversely, every player on SK finished the game with less than 10 deaths in their 16-3 victory.

The Brazilians stand at 3-0 in the group with Fnatic in second at 2-1. G2 follows Fnatic record at 1-1 while Cloud9 and Team EnVyUs are both 1-2. Immortals sit in last at 0-2 with three games left to play.

SK aims to complete a perfect record and clinch a playoff spot in Group A tomorrow. They will face both French teams, G2 Esports and Team EnVyUs, to close out their group stage in Dallas, Texas.