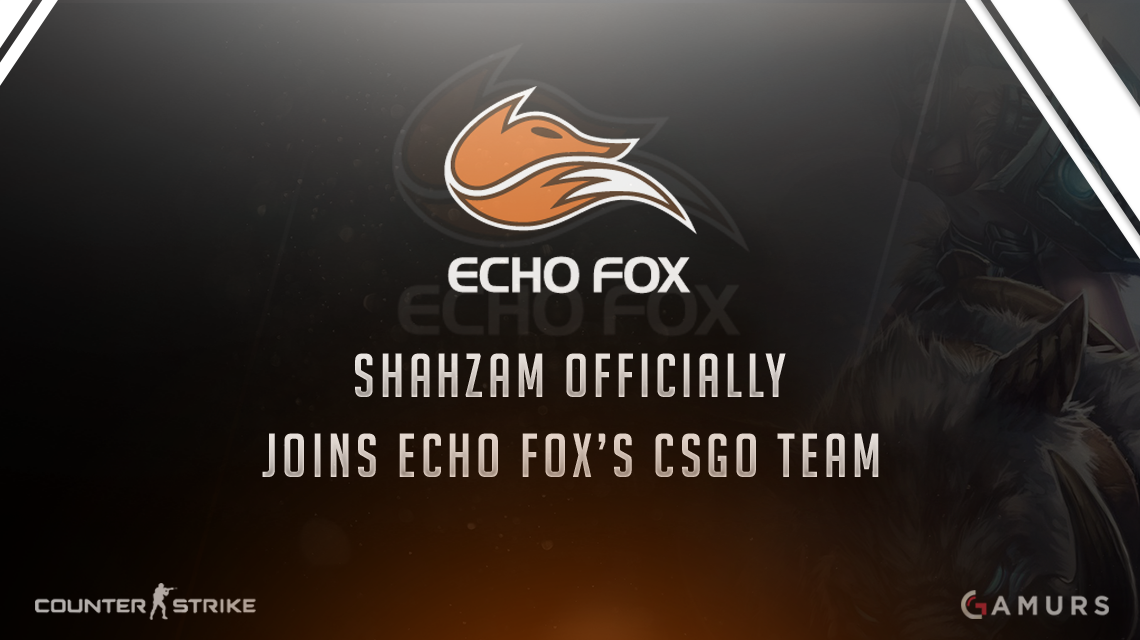 Echo Fox announced on Twitter on Wedesday that Shazeeb “ShahZam” Khan is officially on the organization’s Counter-Strike: Global Offensive roster after a trial period.

ShahZam has played with the team as a stand-in since Mohamad “mOE” Assad, Echo Fox’s previous AWPer, left the team on April 28. ShahZam has helped the team achieve two wins in ECS and the organization is excited to see what the team accomplishes in ELEAGUE.

Through his esports career, ShahZam has played on a variety of teams, such as Cloud9 and Tempo Storm, over the last two years. He joins a previous teammate Sean “sgares” Gares, in-game leader for the team, which the organization said has helped chemistry on the roster.

“He is a tremendous player who has added a ton to our CS:GO team, Echo Fox CEO, Jace Hall, said in the press release. “We are looking forward to seeing all the great things the team can accomplish in the current ECS league as well as the upcoming ELEAGUE.”

ShahZam commented on Twitter that he is excited to offcially be a part of the team.

Do you think that from ShahZam will help to synergy and communication to Echo Fox as part of the CS:GO roster? Give us your thoughts in the comments and follow us on Twitter, @GAMURScom, to keep up with esports news and coverage.