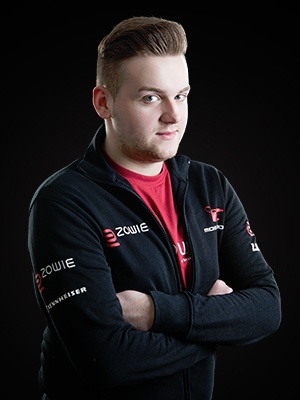 This article present the story about Nikola “NIKO” Kovac and his journey from 1.6 to becoming best Counter Strike GO player in the world.I am former casual player from Balkan region and I will tell his story from my eyes.

It’s summer 2009 it was a school break and I woke up in late afternoon around 4 p.m. Right away I turn on my PC to check how my friends are playing .This tournament is happening in Brcko Bosnia, which is also birth place of NIKO.Going through the forum where all players from our Balkan CS community are hanging I’ve notice some mention about this 12 year old kid from Brcko and how he is playing toe to toe with best players from Serbia,Bosnia,Montenegro and so on. Many pro players have similar story, but in our small community it’s really rare to see such young player who is so unfamiliar to scene to be on this level. Just to put in context this is some of the teams that were on that tournament:

4Glory,Serbia-Multiple WCG attendance. Most dominant team in Serbia and winner of many Balkan tournaments.

Many people couldn’t believe that some kid who is playing his first big lan can play with the names of that “pro” scene.Everyone tought it’s some joke even some pictures circle on forum about him and some other kids his age.

Year is 2010 I didn’t hear much about NIKO in the past 6 months, but one day on my steam friends couple of people from the same city in Serbia as me put in their name that they are looking for 5th.This team name was Fullproof,they were around top 5 Serbian team and maybe top10-15 Balkan. Even tho they were not the best team they were respected and usually you don’t see teams search for players so public,but some tournament in Belgrade was taking place I can’t remember for sure,but I’m almost certain it was Qualification for 2010 WCG.At that time I was playing some pugs with some of the guys from Fullproof cause we were from same city and often NIKO would be invited also.Right away I’ve notice that everything I hear from those forums and friends who attended tournament in Bosnia is true.This kid 13 years old is dominating me in mix,sometimes he would play on my team and we would be together on teamspeak,often older players would joke how it’s strange that he could play this good,but having voice of the child even younger than 13.His time in FP didn’t go unnoticed cause shortly after they didn’t manage to qualify,he got invited to join team that is known iNation.Some of you this name will be familiar cause in this team NIKO manage to raise his level and his team became best in the Serbia,overthrowing 4glory and BGD.online who were 2 best teams at that time.

Getting invite at that age to the team that was around top3-4 in Serbia at that time is not small thing.Even tho many of you will say it’s not that jump from top5 to top3 it was heaven and earth.FP was team that were inactive most of the time in the year they would only gather around the time of each year’s WCG qualification and maybe 1 or 2 event more,but iNation played and practiced all year long and attended almost all tournaments in Balkan region.So he himself said in the interview for fragbite once that his first real chance came after he started playing for that team.I remember some of the name that he played in that team that are relevant to this day.Most famous would be Janko “YNK” Paunovic who is one of the best CSGO analyst in the world.Nemanja “k1ngor” Boskovic best player in Serbia at 1.6 in that time and still one of the best CSGO player in country.Aleksandar “kassad” Trifunovic one of the best IGL in region,coach for short period of time to the team Wolf  from India that attended ESL one Cologne Major in 2014.I left some of the names out but in the next 3 year they manage to basically dominate Serbian and Balkan region with numerous top1-4 finishes.

Year is 2013,after very productive 2012 year where there would almost be lan 1,6 event every 2 week In many cities now is just 1 or 2 per year.Many players didn’t switch to CSGO some cause of age some out of spite and many cause it’s poor country and they didn’t have good PC to run them.That is not mistake that iNation made,after switching to CSGO they remain N1 team in Serbia,but then happen something I couldn’t predict.They were even better in the new game than the old and shortly they were pick so represent some newly opet internet caffe that offer them sponsorship.Name of that internet caffe was GamePub.Some miracle happen and they got invited to SLTV VIII finals instead of Clan Mystik.This is exact phrasing of that story:

“To replace them, the organizers of the event had to dig deep in their table as none of mousesports, k1ck, ALTERNATE or 3DMAX”.At this lan finals everyone expected GamePub to be punching bag but lets put some result in context:

First match of tournament they face AstanaDragons newly formed CIS team that is maded to overthrown NIP and GamePub not so experienced team on internation scale manage to win 2:0 and NIKO was the mvp of that match.Next two match they lost but lets see in what fashion:Against today’s Virtus Pro team that won ESL one Katowice not even full 3 month later with result=21:18 and 16:12

Match against Na’Vi best Ukranian team with Guardian in their line up  they lost=16:10 and 16:14.So in every match of the tournament they manage to take 10 rounds or more and even force this Giants of teams to their limits just to win maps.Next year and 3 months approximately NIKO stuggle to get more lan attendance,and he just had to focus mostly on online league and qualifications.He did not give up only used that time to improve.

Talent is important but this story might have turned up differently if Nikola “LEGIJA” Ninic Serbian that lived in Germany didn’t tell mousesport to take a closer look to NIKO after their roster change.It doesn’t take much of brainer to guess that gob b one of the best IGL of all time in CS would pick German speaking player and not even look once at NIKO.But at some point in life every success story have some luck in there.2 months into new team and more than enough of proof that he is world caliber player NIKO gets moved from straing line up.This shocked many people in CS scene but after all this time it’s clear that mousesport only did that to get PENTA’s slot at next Valve Major,that might be obvious now but at that time NIKO say in interview for fragbite he felt that he was given chance and he played best CS ever but someone for no reason took that chance away.Next couple of months NIKO devoted to becoming better player in that time he played a lot of faceit pugs with some of the pro and many said that he was good player,still he didn’t prove himself where it matter the most LAN’s.2 lan tournament that put him on map again:It’s not June of 2015 and again NIKO get some luck.Team Kinguin needed 5th player on short notice for tournament in Slovenia called GamingParadise,tournament that is by many called worst event in history of CSGO.In this occasion NIKO was probably invited cause his country is really close to other and he was probably only one available on such short notice.Many experts snubbed results of this tournament,still it open the door for NIKO since Kinguin won this tournament and he did excellent on it,this put him on the map as someone who manage at such young age transfer his whole game from online to lan.Shortly after that tournament Kinguin tried to buy NIKO from mousesport,deal was not made cause of big buyout that mouz were asking but going from that day to today that was probably one of the biggest mistakes in their history.2 months forward SK gaming need stand in who better than Balkan prodigy.At this tournament SK finished at 5/6 place,NIKO is not the reason for that,he once again had good lan showing and pressure are started to go on mousesport.Why do you have player so talented capable of being best in the world on bench.Reason was obvious mouz only wanted to attend the Major with 3 penta’s players and later to switch some of them for NIKO and that is exactly what happened.It took only 10 days after ESL one Cologne Major to bring NIKO back into staring line up.After getting back into starting line up Mouz failed to get out of group at yet another Major and in the last tournament of 2015 for them NIKO manage to get 1.21 rating and carry his team to the final of CEVO lan.

Best in the world

2016 left NIKO in bad situation where after kicking Gob B,Kapio also left Mouz which left them without coach and IGL.NIKO decide he will do that job even tho many pro players have struggle to just not be worst in their own team as IGL let alone trying to be best in the world.We will see how NIKO react to this change and against all odds overcome them.First tournament of 2016 was DH Leipzig where mousesport failed to get out of groups even tho NIKO was 3rd best player on that tournament with 1.18 rating,he started new year hot and still left short.Just 3 weeks later they went to Acer Predator Master which they won and NIKO again finish tournament hot with 1.38 rating only NEX was better on this tournament.Mousesport become Nikosport this is what happen on MLG Major where Mousesport find a way to yet another not get out of groups,they stuggle to win against F3 and that match went on 5 overtimes and later they failed in decider match against NIP who came on tournament with their coach as stand in and they were basically played 4vs5.NIKO had 4th best rating on this tournament nobody who didn’t past group were even in top10 and in top5 were only players who played in Semi-Finals of Major so you see how abandoned NIKO was from his team.We are coming to the last played tournament so far where it became clear that NIKO is the best in the world with 1.20 rating on this tournament carrying his team out of groups,mousesport find a way againg to fail short this time to complete outsider in GODSENT who played first lan event as team.In this bo3 we heard many times our beloved Anders and Semmler discussing about NIKO:

“Or just the best player in the world”-Anders

After NIKO get 4hs with Deagle on pistol round.

“Look at NIKO he is totally outplaying them”

The only thing left for NIKO now is to stack trophies something that will be really hard if they don’t improve drastically.I hope you enjoyed my view on his career in front row seat.This was my first trying to write article I hope you’ll like it.