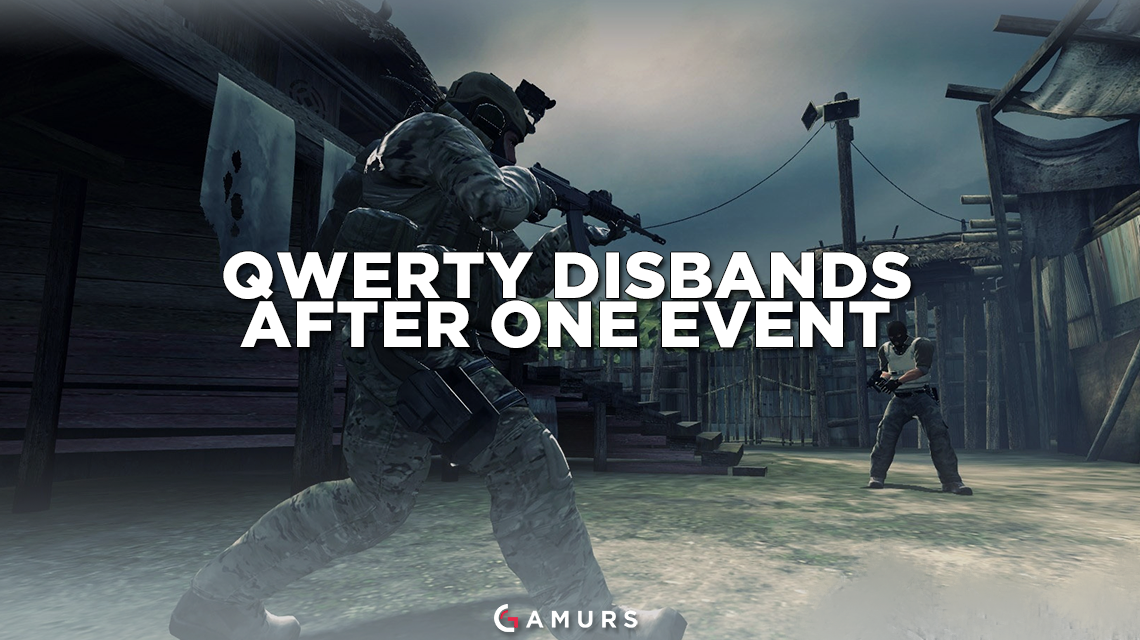 The recently-formed organization that featured Maikel “Maikelele” Bill, qwerty, has disbanded. Simon “atter” Atterstam announced on his Twitter that the team is “no more” and that he is looking for new offers.

Hello everyone! Just wanted to let you know that Qwerty is NO more. And I am now looking for new offers. Message me: [email protected]

qwerty attended the DreamHack ASTRO Open tournament in Leipzig in January, but didn’t have an amazing showing for their debut tournament. The team was eliminated in joint last place from the tournament following defeats to Heroic and Fnatic Academy.

The qwerty team was only announced on Dec. 22, and the only official games the team played in were during DreamHack Leipzig.

Did you expect the team to break up so soon? Let us know by commenting below or tweeting us @GAMURScom.