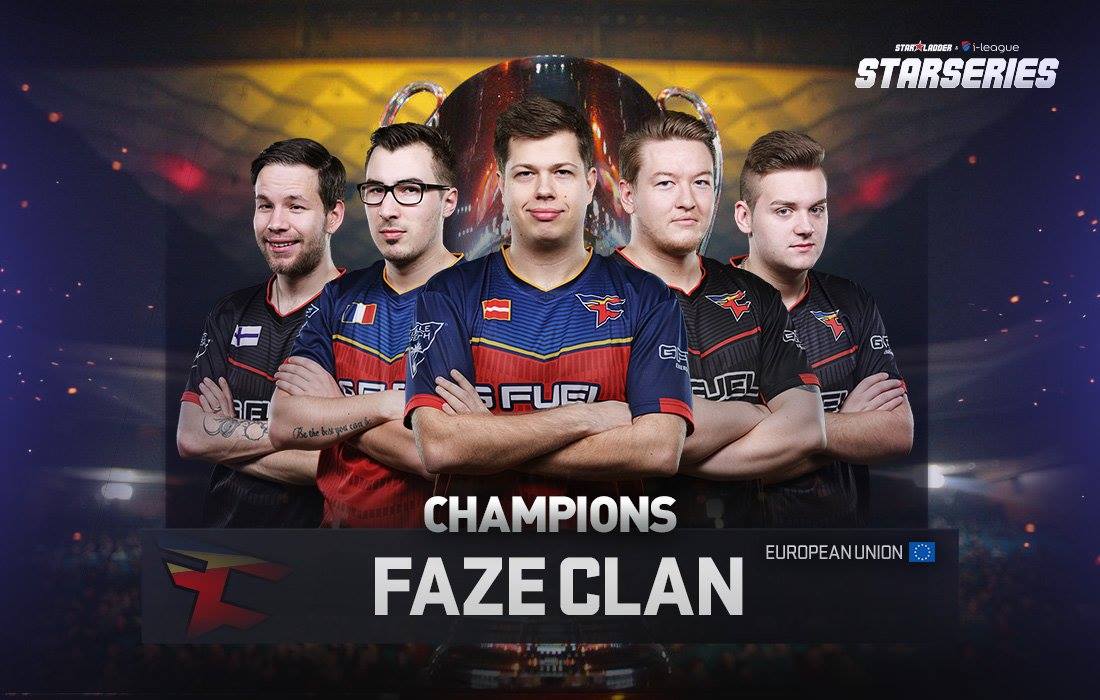 The first truly international super team in Counter-Strike was formed in 2003 by bsl, a Norwegian player who teamed up with shaGuar, method and Naikon. Despite a runner-up finish at CPL Winter 2003, the team would struggle due to boasting players from both North America and Europe, and ultimately broke apart in early 2005 after elemeNt left the team—despite championships at CPL Winter 2004 and WEG Season 1. Since then, some have tried forming international teams, but the concept has not really worked out. Until now.

When formed in 2015 the Kinguin team that, through countless roster moves and an organization-switch, ultimately became FaZe Clan, was basically a team where top players who could not join a tier-one team at the time joined forces. The likes of ScreaM and dennis wound up leaving for other teams they deemed better, and as Thorin explained in his column, FaZe struggled to make playoffs a single time in the first nine months of 2016, before the dominos started falling.

FaZe’s climb began when Astralis parted ways with karrigan, bringing in gla1ve in a rare roster move that clearly worked out for both parties. With the Danish in-game leader in charge, FaZe finished top four at IEM Oakland once kioShiMa returned to the active roster, shortly after a mediocre debut at ESL Pro Series Season 4 Finals where jkaem was still playing. The team then made the semifinals of ELEAGUE Season 2 after a quarterfinals victory versus Virtus Pro, before closing out the year at ECS Season 2 Finals. There were no championships in 2016, but the team had advanced from a consistent group stage drop out to one competing in semi-finals.

2017 did not start well with SK knocking FaZe out of the ELEAGUE Major with a stand-in, but then another catalyst took place. Coincidentally, this would be the second time in a row where others making a change – first Astralis, and now RUBINO leaving North, freeing up a spot for aizy – would benefit FaZe. With aizy out of the roster, FaZe went after the most prized asset in Counter-Strike – NiKo’s expiring mousesports contract. FaZe made the deal that freed NiKo from the chains of mousesports’ seemingly endless disappointments, and thus far it would be selling the team short to call their results encouraging. NiKo played his first games with FaZe roughly six weeks ago, and ever-since the team has been flying.

At IEM Katowice, FaZe topped group A thanks to ESL’s curious tie-breaker ruleset resulting in decider games played using a max rounds-three format, and then took down Immortals – who had knocked out North in their quarter-final – to reach the grand final. While rain’s team won the opener and put together 12-plus rounds in each of the following three maps, they still were not deep enough to take down Astralis, the world’s best team and recent ELEAGUE Major champions.

Last weekend at SL i-League StarSeries Season 3 Finals FaZe once again benefited from a favorable semifinal draw, as North lost their quarterfinal to HellRaisers, a quasi-international team who have been rising in recent weeks. But while one could have made the case for FaZe’s run being helped a lot by their draw in Poland, in Kiev they followed through by besting the world’s No. 1 team in the grand final. FaZe did it despite losing the opening map from a sizable lead, and after finding themselves trailing 10-14 with little money in the deciding map—facing the kind of adversity that often makes the underdog fall short of upsetting the more experienced champions.

FaZe are not the world’s best team. Their rise has been meteoric and another title could force us to take their argument more seriously, but two events is not enough to put them over Astralis, especially with the duo having split the victories, while the Danes obviously have a much more impressive resume over the past months, including the ELEAGUE Major victory. But they have proved an international team can work. They have put together four skill players and a competent in-game leader, and finally realized the potential fans for years have been saying players such as NiKo and rain possessed.

Still, do not hold your breath on more teams going international, as long as they can help it. FaZe was formed through a perfect storm of picking up overqualified players from lesser teams, and it still took them roughly fifteen months to get here. Players still prefer playing with their countrymen—as proven by aizy’s departure to North in February. But that does not mean FaZe’s success has no implications for others. Their win has put the option of building an international team back on the table as something to seriously consider for aging players on teams not finding success.

Many players secretly thinking about the prospect of an international roster will be keeping a close eye on how FaZe fares in the near-term, while likely chatting up the players at events to see how challenging the structure is behind closed doors. International teams are not a slam dunk, and remain unlikely to ever become the norm in a game as demanding as Counter-Strike, but for some they can be the best option. Success will be imitated, and any future copy-cats will in doing so be paying their respects to FaZe Clan, who were the first to make it work in modern Counter-Strike.