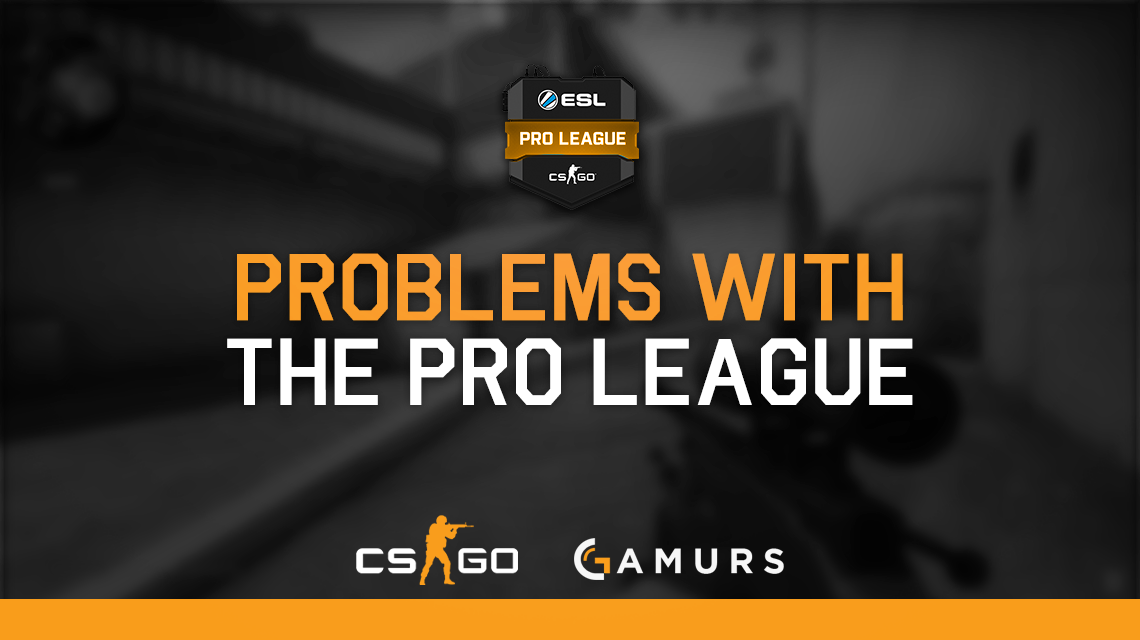 The teams that will play in the finals of ESL Pro League’s fourth season were announced today, yet they didn’t include two of the three best teams in the world. Natus Vincere and Virtus.pro’s will be absent from the playoffs, while NRG find themselves going to the finals, which calls into question whether their inability to qualify was entirely their fault, or at some level, partly that of the league.

A topic that has always surrounded online matches in Counter-Strike is can you take the result seriously. Did the winning team beat their opponent because they’re better? Offline, the answer would nearly always be yes. The only exceptions to this is if a player wasn’t feeling well that day or if the team didn’t prepare thoroughly on the possible maps, or other causes that are easy to spot.

Online matches, however, always have an unknown factor to them. It’s a widely-accepted premise in the scene that online games don’t stand for as much when looking at a team’s form compared to results achieved offline. This is because of a number of reasons, including that online games can suffer from issues outside of the tournament organizer, in this case, ESL’s control, such as internet problems for players that can force teams to play with lag or even substitutes.

Although it was a while ago, Team EnVyUs’s manager Jordan “Next” Savelli had to stand in for his team in a game, which is a prime example of how detrimental the online format can be, as Next finished the 16-5 loss with zero kills and 10 deaths. In no way am I blaming Next for his poor score; he’s not a professional player. Instead, I’m saying that the unreliability of online games forced EnVyUs to compete with a subpar lineup, something that could ruin the chances of a team hoping to qualify for the finals.

Lacking the feel of an offline tournament also plays an effect I’m sure, as neither bootcamps nor the level of preparation put in for live events are seen when it comes to online games. This could lead to teams taking matches less seriously as they’re simply playing them either at home or in their gaming house, despite the fact that these games count towards qualifying for large offline events. I feel like this isn’t as big of an issue as the previous point, but could hamper some players when it comes to performance.

A solution for using online matches to decide which teams qualify for the finals and which don’t hasn’t occurred to me yet, as the beauty of the Pro League is that you know there’s always good Counter-Strike to watch or catch up on, and the amount of games played just couldn’t be replicated offline. This leaves two options, either keeping the online format for future seasons or using an offline qualification system that is much more brief and takes away what is, in my eyes, the best part of the Pro League: it’s duration.

Thorin did toy quickly, and off the top of his head, so this isn’t a flawless suggestion at all, with an alternative solution to prevent some imbalances in the finals from happening again, like the inclusion of NRG, but not of Na`Vi and Virtus.pro this season. He suggested having the top-four teams of both Europe and North America qualify through the current system, and then the final four slots being allocated based on invites. This would certainly stop titans of the scene, such as Na`Vi, from being left out of the finals again, but could lead to strong teams not trying as hard in some matches as they know they could just be invited at the closing of the season.

Soon after the conclusion of the stellar event that was ESL One New York, the finalists of that tournament, Virtus.pro (VP), had to play a double fixture in the ESL Pro League against mousesports. The outcome of these games was that one game went in mousesports’ favour and the other in VP’s. Wiktor “TaZ” Wojtas went on Twitter after the game to vent his frustration about being forced to play in ESL’s league so soon after returning from a long and grueling campaign at an event halfway across the globe. This brought a lot of focus onto how the Pro League was sometimes at very inopportune times for the players, as other professionals sympathised with TaZ.

The point TaZ brought up seemed valid. He had just finished battling against the best teams in the world in mentally-taxing matches, and was then scheduled to play another game that could actually have been the deciding matchup in whether or not VP would have qualified for the offline finals in Brazil. So what could be done differently to ensure that matches aren’t played while players are recovering from long tournaments and jet lag?

Firstly, ESL and online league organizers in general could move dates of games to accommodate the schedules of teams. Ruben “RUBINO” Villarroel commented on TaZ’s post that his team, Dignitas, had attempted to move the time of their game one month before it was set to happen, but they were unable to. It seemed like ESL made an effort to reduce the chances of this happening again by asking for the player’s input on the same Twitter post, which is definitely a step in the right direction for improving the league.

The number of games needed to be played by each team in the league could also be reduced, allowing more flexibility for games to be moved and rescheduled should circumstances warrant it. Dignitas coach Casper “ruggah” Due has also expressed his concerns with how online matches and events can be set too close to each other for teams to recover. Decreasing the amount of games played in the league could be a fix for this, as there could be a break from online games based around tournament dates in order to not overwhelm teams who attend events.

The dialogue between ESL and the professionals playing in the Pro League is encouraging, as it suggests changes could be made if enough players find rules to be poorly made. Should ESL address these problems, I truly believe the Pro League can be a great experience for fans and players alike, while keeping its desirable trait of having good and well-produced Counter-Strike frequently available.

What are your thoughts on the most recent season of the ESL Pro League? Let us know by commenting below or tweeting us @GAMURScom.