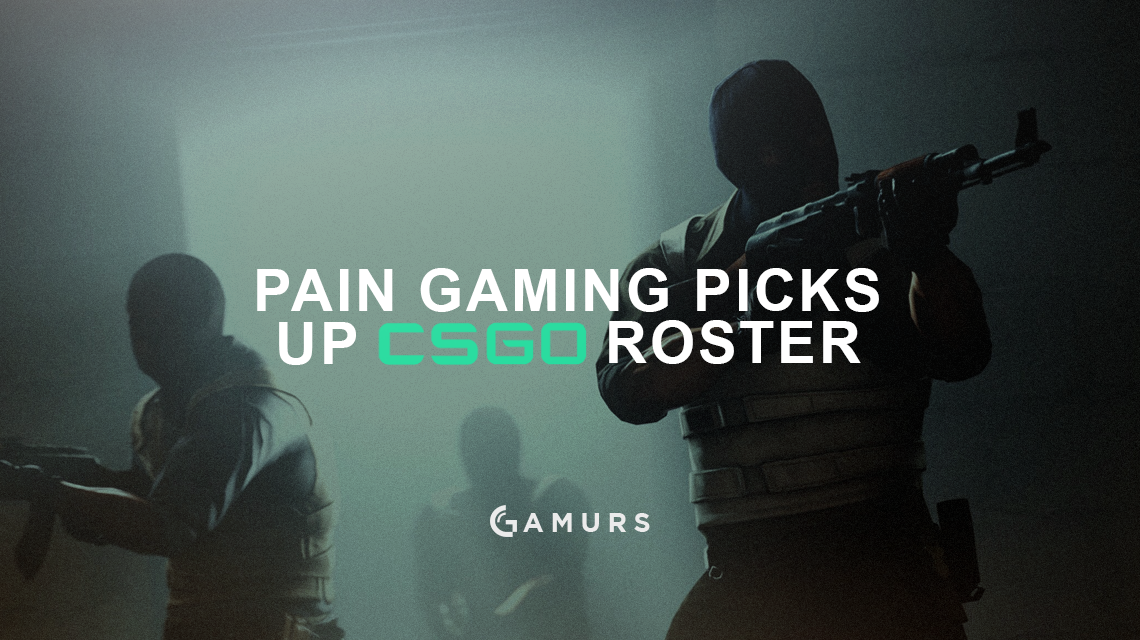 The Brazilian team was previously in Portugal to compete in European leagues. PaiN Gaming is a Brazilian organization that has been focused on League of Legends prior to this roster pickup.

The acquisition includes the entire playing roster and coach, Felippe “Felippe1” Martins. The roster lineup is:

“With our team living in the United States and playing tournaments here and there, we can offer to our Brazilian sponsors an international visibility and, in addition, achieve global sponsors,” said Beto Vides, vice president of paiN Gaming, in the press release. “We’ve studied the Counter-Strike: Global-Offensive market and after we saw a good opportunity, we began to contact teams committed to our ideals and we are very happy with our new team.”

This team won the Alientech Invitational II in May, as well as the Games Academy League in January. This is the first CS:GO lineup for paiN Gaming and a leap into the game as it continues into prosperity.

The team will move into the gaming house in Denver and train at the Clutch Gaming Arena & Energy Bar. PaiN Gaming’s new players will also attend global bootcamps and online Brazilian tournaments, as well as play against North American teams. PaiN Gaming will debut their new CS:GO roster at the upcoming ECS Season 2 Open Qualifier on August 19.

“This is a medium term project,” Arthur “PAADA” Curiati, CEO of paiN Gaming, said in the press release. “We believe that in about six months of training, our players will be vying the elite of the CS:GO competitive scenario.”

What do you think about paIN Gaming’s new CS:GO roster? Let us know by commenting below or tweeting us @GAMURScom.