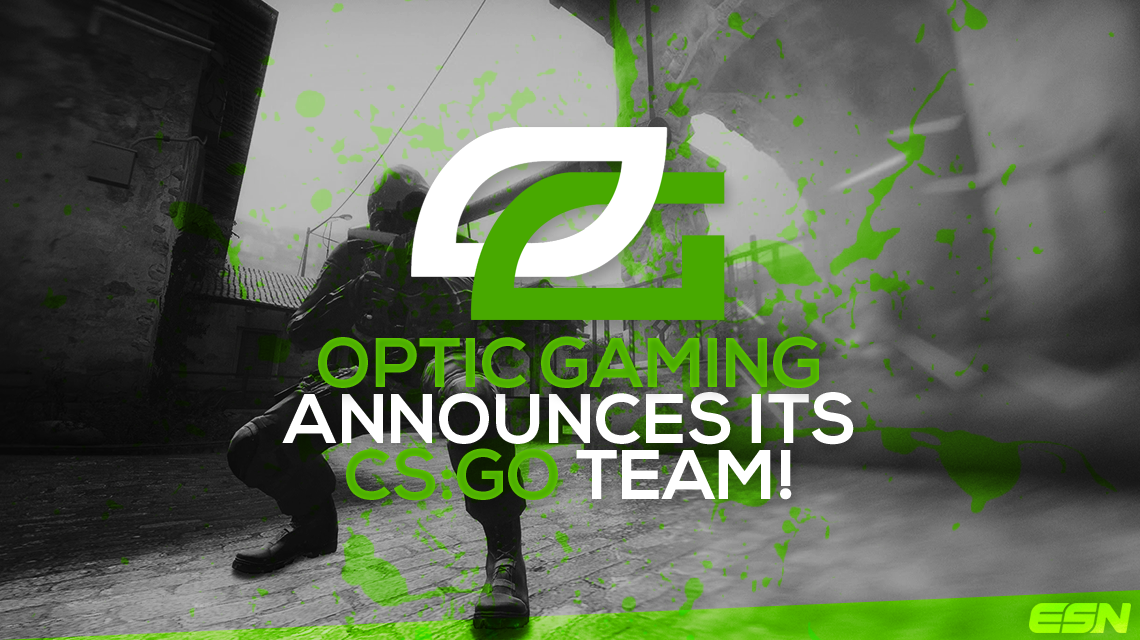 OpTic Gaming has finally entered a new playing field in eSports after bringing on Conquest’s former competitive Counter-Strike  team. Many within the eSports community have surmised this for the past few days, but now, it’s finally official.

In December 2015, the entire team left the Conquest organization in hope of finding a new home. Luckily for their team-of-five, OpTic Gaming CEO and Owner Hector “ H3CZ ” Rodriguez had been looking to sign a Counter-Strike®: Global Offensive roster for the past six months of 2015. According to H3CZ, “The decision that I was going to have to make was pretty much to go against the OpTic culture… But I was willing to do it, because I wanted to expand into that.

Even though the team is relatively new to the Counter-Strike scene, they were able to accomplish a lot within their region throughout 2015. They’ve finished both North American leagues with a third-place standing, finished fourth at CEVO/MLG CS:GO Season 8 Pro League Finals , and recently won the eight-team E-LEAGUE Road to Vegas North American qualifier.

H3CZ mentioned that the OpTic.CS team will not be forced to create a lot of video content, if any, in comparison to their popular Call of Duty team, The Game Awards 2015 “eSports Team of the Year,” and other content creators at the OpTic SCUF House . However, ShahZaM and his teammates are willing to find a “healthy balance” in creating CS:GO content for OpTic.

The organization is planning on purchasing an OpTic CS house for the new squad, that will be located in Chicago, Illinois as well. Before that happens, H3CZ has invited the members to visit the SCUF House in order to mingle with existing OpTic players and content creators. “So, we’re going to move them out here, and then we’re gonna to do a lot of content creation; we’re gonna do a lot of intermingling,” as mentioned by H3CZ.

We’re gonna have some fun, and we’re gonna do it well. – H3CZ

On Jan. 7, OpTic Gaming’s newly-acquired Counter-Strike team will be playing against the Poles over at Lounge Gaming in the E-LEAGUE Road to Vegas Finals for $35,000 and a spot in E-LEAGUE Season 1.