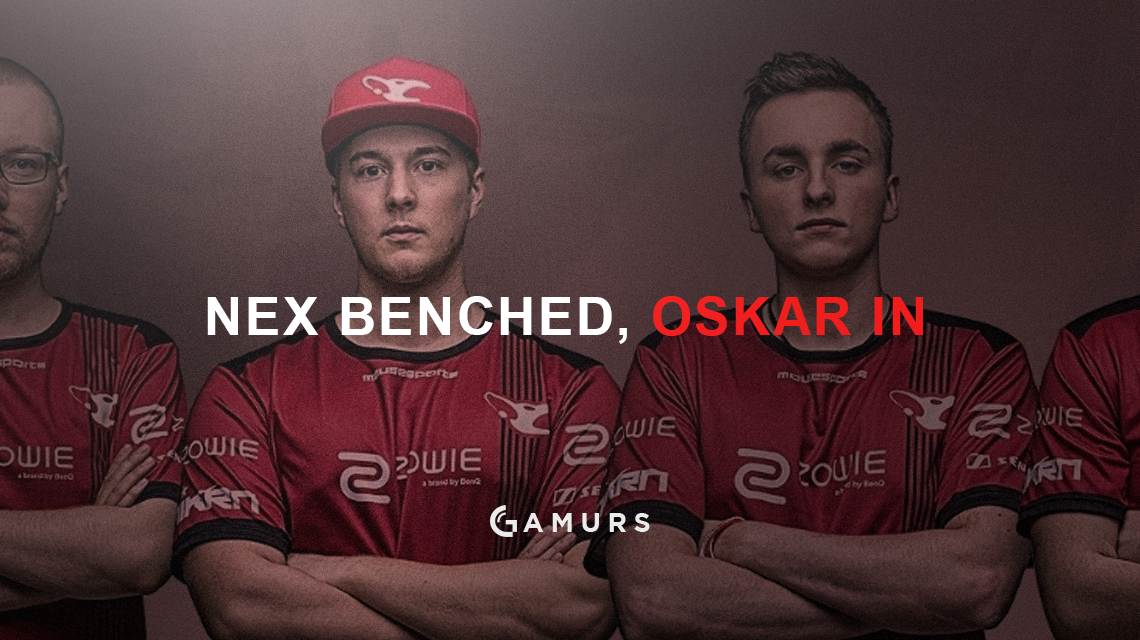 Oskar will hold the AWPer role for mouz. This will most likely push Chris “chrisJ” De Jong to a rifler position.

“I want to thank mousesports for putting their trust in me. I hope I can help the team to reach its goals, which are now my goals as well,” said oskar in the press release.

The current starting team will debut against FNATIC in the ESL Pro League Season 4 tournament. The lineup is:

Nex will be held as a substitute player for the team as these changes go through. He seems to have no hard feelings, but perhaps sees this move as a newfound freedom.

The CEO of mouz, Cengiz Tüylü, stated that the team needed something new, but that the organization also appreciates nex and will continue to help him.

I am really excited to see oskar in a mousesports jersey and I am sure, so are our fans,” said Tüylü. “I feel like oskar is the right fit for us, as he is not only a great player but also clicks with the team on a personal level.”