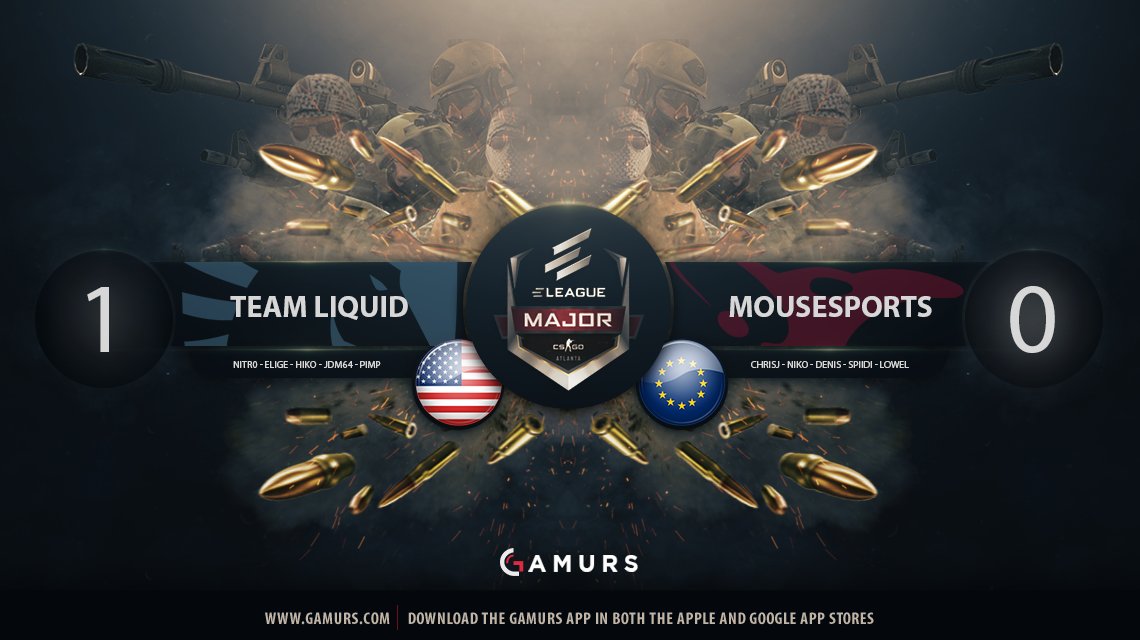 The second elimination match of the day took place between mousesports and Liquid on Nuke.

Despite Liquid conceding the bomb plant in the pistol round, three excellent frags from Pimp gave them the advantage going into what was initially a 5v5 B site retake. This allowed Liquid to close the round out with relative ease – a phrase which describes the following five rounds perfectly, as Liquid strung them together with little difficulty.

Mousesports picked up their first round thanks to a 4k by NiKo, in spite of EliGE grabbing an entry on Spiidi; unfortunately for mousesports, they lost the following round courtesy of some very patient play by Liquid, as EliGE killed the bomb planter and mousesports ran out of time.

Liquid proceeded to string the next five rounds together, dropping only three players total. Mousesports replied with a round of their own to give them their second round of the half, and followed it up by narrowly picking up the last two rounds of the half – crucial round wins, as a 13-2 half would’ve been almost impossible to comeback from.

A quick T side pistol by Liquid started almost identically to mousesports’ pistol in the first half – the difference this time proved to be EliGE, who picked up three frags to secure the round for his team.

A sloppy anti-eco by Liquid gave mousesports a chance to get back in the game, but nitr0 fought back to clutch out a 1v2, putting him at four kills for the round and ensuring Liquid maintained their lead.

A solid first frag by chrisJ gave mousesports a chance, but two incredible UMP-45 kills from JDM secured the round for Liquid, and allowed them to close out the game 16-4.

Mousesports has been eliminated, and Liquid look to face off against another opponent later today for a legends spot.