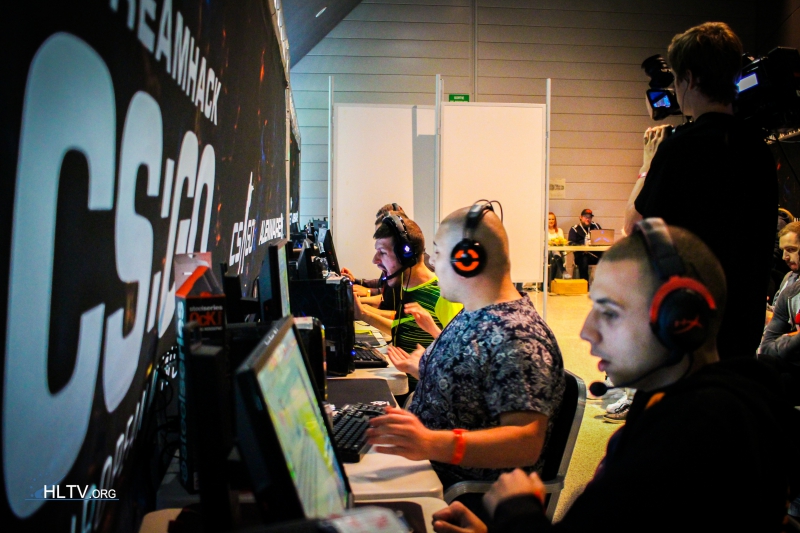 This is the history of Team Orbit’s Bulgarian team and their unnoticed rise towards becoming one of the world’s most elite teams. In this story I will give you their factual history and share some of my own opinions.

September 19, 2014 – A new team is formed to represent the organization GPlay.bg. This team (nkl, v1k7or, spyleader, bubble, and dream3r) contains most of the previous roster of HeadShotBG, who for years were considered the best Balkan team and without a doubt the best in Bulgaria. Their success was solid on Counter-Strike 1.6, and not a single person at that time had a clue that CSGO would bring success to Counter-Strike on the global scale. About two weeks after the signing with the new organization, they managed to qualify for the very prestigious tournament called Electronic Sports World Cup or ESWC 2014. Some of you may not know this tournament, but I will tell you that this was a very elite event for a long time in 1.6. It offered many teams from all over the world a place to compete in Counter-Strike 1.6, so it won’t come as a surprise that this was already a huge step toward international recognition for the GPlay side. For context, here are some of the teams at this tournament:

Ninjas in Pyjamas – 2nd best team in the history of CSGO with legendary players who dominated the first two year’s of the game with their 87-0 LAN record and later many top 4 finishes.

Fnatic – Best team in CSGO history, winner of 3 Majors and numerous top 4 finishes in the most competitive time of CSGO.

Team Dignitas – One of the most consistent top 4 teams in history, now known as Astralis.

Natus Vincere – Ranked #2 right now on HLTV, have Guardian who is probably the best the AWP in CSGO, 2 time Major finalist.

Virtus Pro – Winner of 2014 Major in Katowice, team that has been at the top of the Counter-Strike scene for over 10 years.

Titan – best French team and 2nd best in the world for most of 2013, they were the most dominant team in CS:Source.

Kabum – Brasilian team now known as Luminosity Gaming that is the last winner of a CSGO Major.

Cloud9 – best North American team with some of the most popular players in their line up like Jordan “n0thing” Gilbert.

There were many more teams but you can see from this list that this was not a tournament you should take lightly. GPlay tried to make the most of this chance and gained international experience. In their first match they played against mousesport who fielded Karrigan, Allu, ChrisJ, Tabsen, and Legija. Many expected mouz to win this with ease but GPlay made them earn it, barely losing 16:14. In the next match, GPlay lost to Team Dignitas who were 4th in the world at the time. One of the most important matches for GP was against IbuyPower, the 2nd best NA team, but GP lost this game 16:7 and their chance of advancing were almost gone. In the last two matches of the group, GPlay managed to win against Cipangu and 3Dmax. Overall, not a very successful tournament but still good experience. In the rest of 2014, GPlay finished in 3rd place at StarLadder Pro Series 11 and won the ESL South-East Europe Championship.

The team began the year winning a Balkan league with 4 teams in it and taking a small prize of $350. The other teams were Volgare-bet (Hungarian), Aimface (with Nikola NIKO Kovac and later become iNation and GamePub), and lastly MyRevenge (German and Turkish players). They went on to win a variety of online tournaments and leagues. All this success came in first 6 months of the year, so it became obvious that GPlay outgrew their organization. In July, they split and became known as Mortal Kombat, and then later signed with E-Frag.net.

Shortly after this they were just about to be ranked top 10 in the world by Thorin in his By The Numbers show with Richard Lewis. In my opinion, signing with E-Frag was a mistake. If they chose to play for a team like SK, who also were in search of team, they could have used all their popularity and world fanbase to make a good case for themselves and maybe even force Valve to unban their player from Valve-sponsored events. Instead they chose E-Frag.net, a good org but without the world fanbase and influence of the SK caliber.

In their first tournament under the new organization they took 3rd at Acer Predator Master in Krefeld,Germany. Then problems started. They had to forfeit their match against mousport for qualification to the ESL Pro League due to dream3r’s VAC ban, but in the rest of 2015 they mostly played online and had good results, winning over $15,000 in that period.

To this day, IEM  was probably biggest tournament they participated in and they managed to win against EnVyUs, the last team to win a Major at the time. Then at Copenhagen Games they beat Epsilon twice and won their bo3 against dignitas.

Now, they have been signed by Orbitgg and their future looks bright. This deal will help both parties grow and surely will help the Bulgarian team to gain an international fanbase and invites to more prestige tournaments. Orbit has 21k Twitter followers, and you can follow them here.