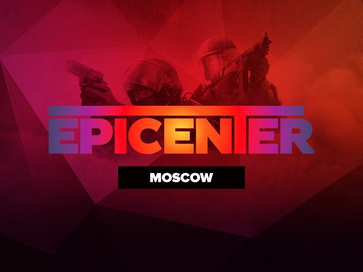 EPICENTER’s inaugural Counter-Strike: Global Offensive tournament is over, and Dignitas has been crowned champions in Moscow after a 2-1 victory over Virtus.pro. That, of course, means it is time to take a look at the key takeaways from the $500,000 event.

EPICENTER did a great job hosting their first CS:GO event

I was planning on embedding some tweets and linking some interviews, but the feedback coming from players, viewers and staff members at EPICENTER is so overwhelmingly positive that it seems pointless – there is no need to back a popular opinion up. EPICENTER did an amazing job at their first CS:GO event, and I thoroughly hope they continue hosting more of them. They outdid many of today’s largest event organizers on their first try, and odds are they will be able to find some fat to cut in time for the next event. Great job, Alexander and company.

Everyone has seen the miserable statistics Na`Vi has racked up on Cobblestone with s1mple – a record of 1-9, including seven single digit losses, and their sole win coming against an overmatched PENTA team. They showed in Moscow that they can play Nuke, but ultimately having to risk their tournament life on it, while avoiding Mirage due to previously losing it twice against MSL’s crew, is what put them out of their misery. Despite having an incredible skill level, Na`Vi needs to become more well-rounded across different maps to consistently contend for championships.

Currently their go-to map is Overpass – which they are 7-0 on with s1mple – but beyond it, the level drops quickly. Na`Vi are good on Train – a great map for s1mple, flamie and GuardiaN – but it is not enough. Their Nuke remains unproven, and they have practically abandoned Dust II, once their playground. The team never plays Cache, and their Mirage has grown inconsistent enough to veto it in favor of Nuke. On Twitter, seized stated they are waiting for Valve’s decision with regards to Inferno to decide which new map to focus on. But how long can they keep waiting? At what point do you simply reboot in terms of maps?

The BBPPBB3 veto system leads to have more maps being played, but at a lower level

Admittedly, the BBBBPP3 system (with B standing for ban and P for pick, i.e. four vetoes prior to picks) led to the same maps being played over and over again – especially back in the days, prior to more teams beginning to play six maps. But today, the pendulum has seemingly swung too far in the other direction. With most teams truly good on just three or four maps, and passable on one or two more, very often there will be clear favorites in the first two maps of a three map series using the BBPPBB3 (i.e. two vetoes, two picks, two vetoes, remaining map is played last) veto system. Such was the case mostly throughout EPICENTER.

If one of the teams is clearly favored in each of the first two maps – and at EPICENTER, each playoff series went the full three maps – you could basically get the same outcome by vetoing two more maps, and playing the game as a best-of-one. It is not fun seeing teams play maps they are not good at. Or, would you say anyone enjoys seeing Na`Vi on Cobblestone? Surely it is up to the teams to be good on all maps, but when will we admit it simply is not possible? We can remain stubborn and keep the rules as is, but the only ones suffering are us – the fans and viewers. There is no point being a martyr, for a pointless cause.

Fnatic is on the right track

This Fnatic roster seems more and more like a carbon copy of Virtus.pro. Instead of well-defined roles, they have put together a squad featuring three players who can play any role on the server. Dennis, olofmeister and twist can each take over a game at any moment, and Lekr0 has impressed me recently. While wenton is still looking to find his place on the team, Fnatic has enough firepower to win titles once they get the whole team on the same page. It is an old cliché, but such a style requires perfect team play and communication.

The rumored roster move that would bring in KRiMZ should push Fnatic up a notch, though it remains unclear who he would be replacing. For now, Fnatic should sleep well knowing they are actually capable of beating just about anyone – as their 16-5 win over SK shows – and that more experience together should only make them stronger. The versatile playing style employed by Virtus.pro clearly works, and it can be near-impossible to counter. But more on that in a column next week.

MSL is one of the best tacticians in the game

This is not necessarily new, but Dignitas’s championship in Moscow is, up until now, the defining moment of the often-criticized leader’s career. Granted, his individual play was once again poor at EPICENTER, but he has proved time and time again now that he knows how to take a group of players and mold them into a team that is greater than the individual parts. MSL could not make the tenzki roster a champion, but he has led Dignitas to numerous top finishes since the addition of Magiskb0Y. He may not be able to turn water into wine, but he can be a foundational piece on an elite team.

On the opening day of the event, FalleN alluded to SK Gaming having some internal issues. Rumors quickly sprung up regarding a potential roster move that would bring in Immortals’ star player felps for fnx, but TACO was quick to deny them, stating “fnx is not leaving SK.” Despite facing another semifinal exit, the Brazilians have only lost an offline series to Virtus.pro – the team who dethroned them – and remain unbelievably good on Train. Seriously, they beat G2 16-0, and then Virtus.pro 16-1 on it. And FalleN is the world’s best offline player on Train over the past three months, followed by coldzera in the fifth spot. This is a great team, and should not be underestimated simply because they lost two semifinals to another all-time great.

Dignitas is a true contender

Following two top-four finishes at SL i-League StarSeries Season 2 Finals and DreamHack Open Bucharest, Dignitas has now won three straight events – WESG Europe and CIS Finals, a domestic event called League of Sharks, and EPICENTER: Moscow. The only one that counts is the last one, but the previous ones do add to the story of how the Danes – and the sole Norwegian RUBINO – have improved as a team over time. The championship in Moscow is merely the icing on the cake, and a well-deserved one at that.

En route to the $250,000 check and a massive trophy, Dignitas split three best-of-two series against Na`Vi, NiP and G2 in the group stage. In the round of six, k0nfig and company took down Fnatic, and earlier today, Dignitas bested Na`Vi, despite a horrifying collapse from a 13-5 lead on the second map. Finally, they overcame Virtus.pro in convincing fashion. The team’s go-to map is Cobblestone, where they took three single digit wins in the playoffs versus Fnatic, Na`Vi and Virtus.pro. From now on, Dignitas must be considered a contender, and teams would be fools to not veto Cobblestone against them.

The Polish side featuring the world’s trickiest smoke grenade user Snax already clinched the top one spot in both HLTV.org’s and Thorin’s world rankings earlier in October, but beating SK Gaming 2-0 in the group stage, and again in a best-of-three in the semifinals, proves they are the world’s best team. This may seem contradictory because it was Dignitas who hoisted the trophy some hours ago, but it need not be; Dignitas was the best team at this tournament, yet their results do not – yet anyway – put them above the likes of SK and Virtus.pro. For the time being, pasha got what he wanted, and Virtus.pro’s strong map pool sees them favored at any event they attend in the near future.

The writing has been on the wall for a while now, but in my books, the 19-year-old has now proven he is indeed the world’s best Counter-Strike player. His peak in CS:GO can best be described as the equivalent to f0rest’s in 1.6 – elite-level player at using any gun in the game, and capable of doing things maybe only NiKo can replicate on his best days. There is quite simply no one like s1mple in the world right now, and to top it off, he does it all very consistently.

Na`Vi’s superstar has the best rating of qualifying players (i.e. ignoring players whose numbers were put up against weaker opposition) offline in the past three months, with a 1.26 rating, 89.9 ADR and 0.88 KPR. His resume of 20 maps includes seven with a plus-1.30 rating against top-10 teams, with just four sub-1.00 rating games, all in Na`Vi’s losses. Finally, his next best teammate, GuardiaN, trails him by 0.27 in rating. That is the definition of a hard carry. Now Na`Vi just needs to add enough maps to their pool so s1mple can bring them more titles.

k0nfig was the MVP of EPICENTER: Moscow

While HLTV.org picked k0nfig as their official MVP, there has been some debate about it online – and rightfully so. Magiskb0Y was the highest rated player in the grand final, and at the event overall for Dignitas. Yet k0nfig looked like the most impactful player when watching. Are there numbers that can back up his case? Luckily, @Tgwri1s from HLTV.org has the explanation – and I must agree with him. But at the same time, as Thorin summed up well on Twitter, this is sort of like the f0rest vs. GeT_RiGhT argument – there is no definitive answer.

First, the ratings of k0nfig and Magiskb0Y were much closer when only considering their map wins, i.e. the ones that led to their championship. Magiskb0Y had slightly fewer kills in rounds Dignitas won (224 vs. 234), and k0nfig contributed in more of them (95% vs. 91%) while dealing more damage (113 vs. 104 ADR). In addition, k0nfig won the most 1vX clutches at the event at nine, and had the most opening kills at 0.16 per round. Both players had a great showing, and each deserve a nod. But in my books, k0nfig was the MVP of EPICENTER: Moscow.