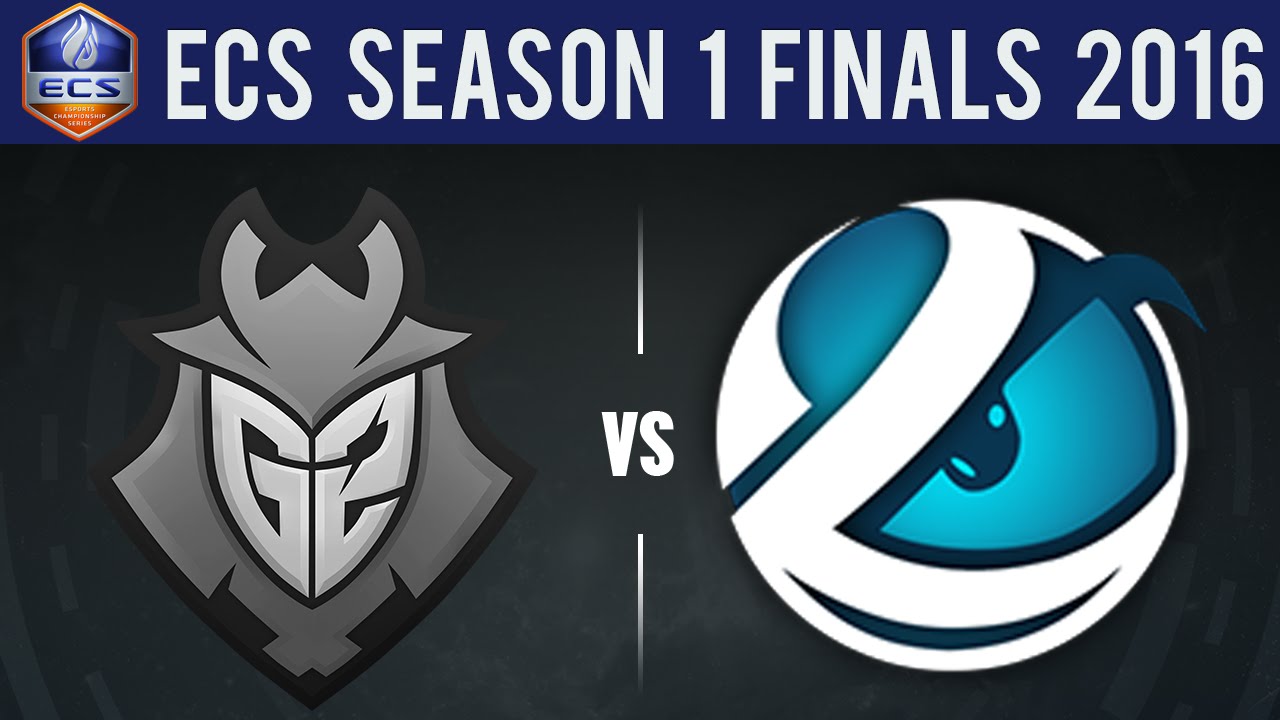 With ECS Season 1 Finals now done and dusted, and the scene starting to look towards ESL One Cologne, we take a look at the key takeaways we traveled home with from Wembley. Some of them have important implications for the coming major, and others will only be in play further down the line.

Previously it was OpTic Gaming who showcased stellar play at ELEAGUE and the major qualifier, and this time it is both Cloud9 and Team SoloMid who did things neither had done previously in 2016. For Cloud9 that meant taking down an elite team – namely Astralis, playing their second full tournament with Markus “Kjaerbye” Kjærbye on the roster – in a best-of-three series. And for TSM, boasting former Cloud9 member Kory “Semphis” Friesen, it meant scoring a best-of-one win over the very same Danish team, and then overcoming Cloud9 in a series. On top of that, TSM also played a very close game against Fnatic, and put up a solid fight against Luminosity on their map of choice – de_cobblestone.

For TSM, the breakout player was Hunter “SicK” Mims, a 17-year-old talent who joined the team in January from Denial. One of the all-time worst showings aside (0.09 rating) in the 3-16 loss to Luminosity, he played well against most other opponents with 1.49 and 1.26 rating performances versus Astralis and fnatic, finishing the event with a 1.11 rating. Furthermore, the youngster was also ECS Season 1 Finals’s best pistol player, finishing with a 1.96 pistol rating, far above number two Adil “ScreaM” Benrlitom’s 1.47.

As fun as it is to make fun of North America’s mistakes at times, the continent keeps improving, and will have to be taken seriously in the future. Liquid took a step up with jdm, Cloud9 are trending up, and there are new challengers in TSM and OpTic. North America’s future has not looked as bright in years.

The popular sentiment currently is that pistol rounds are largely irrelevant; that while they used to be of material importance, the winners of them no longer matter… Until any given fan’s team loses both of them. While teams continue winning some second rounds – at SSE Arena Wembley the total was 7/42, or 17% – it is not nearly as prevalent as many would have you believe. Want further proof? Take a look at TSM’s run that led them to the semi-finals. Up until their 0-2 loss against Luminosity, SicK led his team to win 88% of all pistol rounds, giving them a chance for a number of early leads. Furthermore, while G2  have now been able to add overpass in their map pool as a map other teams will want to avoid, together with nuke, they pose a serious threat in the map veto process as well.

On the flip side of the coin, Astralis crashed out after three straight map losses, having won only one pistol round, and the following round after, of six possible ones for a 17% rate. For the Swedes of Fnatic, for whom the semi-final outing marked this roster’s first event with olofmeister – presumably – healthy, that they did not win, the same score was 25%, or two of eight in total. Pistol rounds remain hugely important, and there is no way around it. That is why having skilled pistol players will always give teams an edge, especially in best-of-one group stages.

G2 could be here to stay

Winning ECS Season 1 Finals over Luminosity marked the second deep tournament run for G2 in the past two months, meaning it is entirely possible they are here to stay as a legitimate contender. Following a loss to Liquid in the opener, the Frenchmen led by Richard “shox” Papillon racked up series wins over NiP, Liquid, fnatic and Luminosity – no small feat considering three teams in that group were considered top four teams in the world leading up to the Wembley event. Furthermore, the fact that G2 have now been able to add overpass in their map pool as a map other teams will want to avoid, together with nuke, they pose a serious threat in the map veto process as well.

ESL One Cologne will not determine the outlook for G2, simply because they are not exactly favored to make it out of the Group of Death despite being now a top four team per Thorin’s world ranking. And the crazy thing is that they could be the reason that either Luminosity or Fnatic will lose their Legend-status in Cologne and have to go through the qualification system ahead of 2016’s third major. ScreaM had his career-best event in London, and Cédric “RpK” Guipouy put together the best performance he has had since coming back to CS:GO in early 2015. SmithZz had some key rounds, and Alexandre “bodyy” Pianaro’s play in the grand final helped G2 secure the opening map. And shox…

Fnatic are no longer unbeatable

As alluded to in a previous chapter, this tournament marked the first tournament Fnatic did not win since adding dennis to their roster, that is not associated with a large asterisk. What that means is fnatic were 6-0 before Olof “olofmeister” Kajbjer Gustafsson’s injury, and due to the pain he was in at Columbus, few put real weight to that result. But now G2 knocked out a Fnatic team that presumably is healthy, proving the team is no longer unbeatable. No longer can the likes of Dennis “dennis” Edman and Freddy “KRIMZ” Johansson say in interviews they expect to beat everyone simply because they are Fnatic – because they have been beaten.

However, it is not all bad for the Black and Orange. While olofmeister seems to be back in shape, it is unlikely the team has reached peak form yet, given wenton was still playing online matches with the squad a month ago. Few know how much practice the Swedes have been able to put in, and it is all-but guaranteed they will be better prepared for Cologne. In fact, it can sometimes be a valuable wake-up call to lose before a big event, simply to motivate everyone, if that is necessary. This major’s group will see Fnatic under more pressure than ever before, simply because it is the all-time toughest group in CS:GO history. They may not be unbeatable any more, but I would venture a guess that added motivation is bad news for their opponents.

Astralis could lose their elite status

Since the time Valve began supporting major tournaments in late 2013, the claim to fame of the Astralis core has been their uncanny ability to consistently place in the top four or so of most tournaments. They have gone through slumps before, most memorably in the summers of 2014 and 2015, with Rene “cajunb” Borg having gone through the revolving doors twice as a result. But never has their track record for a three month period been as poor as now, as the venture capital backed squad has exited tournaments in the group stage three times in their last four events. Furthermore, it happened once in a sixteen team tournament, a first for device’s career in the team since late 2013.

Thorin has now lowered Astralis’s ranking down to seventh place in the world, and while they likely have one more event with their full roster – namely ELEAGUE Finals – to prove they belong, they look like they are en route to losing the much-coveted elite status. Kjaerbye has played well, and the team remains dangerous, but they keep making poor decisions that lead to bad results. Picking de_cobblestone versus TSM was unforgivable for a team employing a full-time coach, and Peter “dupreeh” Rothmann’s team will not get help in the ranking-department in Cologne, where Valve’s rules prevent Kjaerbye from playing. Astralis faces immense pressure to perform once Kjaerbye returns, and this is a team that has hardly ever stepped up under pressure.

ScreaM was the MVP of ECS Season 1 Finals

ScreaM has been a fan favorite since CS:GO came out, and at times has showcased some of the most impressive play of anyone in the entire world. Many of the all-time best highlight clips come courtesy of the Belgian aimer, and for years it has – for those who never lost hope – seemed as if it would be only a matter of time before he would truly deliver on the largest stages. We saw glimpses of it in late 2013 with VeryGames before the infamous ASDA-patch altered the effectiveness of his style of play, and his mediocre showing at the first major – and poor record at the majors ever since – remains an issue on his legacy. Furthermore, he often gets criticized for having a style at times better suited for highlight reels than winning rounds, unfairly or not.

But shox’s partner-in-crime has now seemingly turned a new leaf in his career, under the more open leadership scheme. In London ScreaM finished the event with a 1.35 rating – a career high in a comparable event – combined with 0.88 KPR. Add in there 90.3 ADR, a 1.56 K/D ratio for +76 K-D across ten maps, and we are talking about an incredible performance. The Belgian was also the grand final’s best player, as if to remain all uncertainty. Perhaps shox’s overall effect on G2’s results was larger due to leadership, but ScreaM was the best player to join a server in Wembley, and it will be fun to see if he can continue similar form in Cologne.

This coming weekend I will shift my focus towards ESL One Cologne, the next $1,000,000 major set to begin on July 5 in Germany. Expect a number of features ahead of the event, which promises to be one of the best yet in CS:GO.