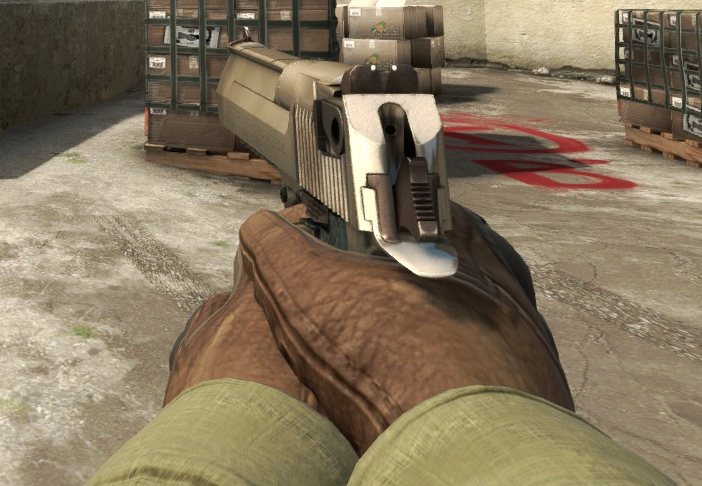 Jacques Offenbach’s Orpheus in the Underworld, aka the Can-Can song, is meant to be played over high-kicking Dancers and flashy lights on a Broadway stage. Instead, it was played over a CS:GO frag movie consisting of “Juan Deags” as a different form of entertainment.

A Juan Deag (One Deag) is the term for when players kill an enemy with only one bullet from the Desert Eagle, kind of like a “One Tap” from an AK-47. Attaining Juan Deags requires a lot of practice, skill, and patience because the weapon accuracy after strafing is hard to time with a standing counter-strafe. Otherwise, players have to crouch and spray to get the best accuracy–something that doesn’t take as much mastery.

Hitting Juan Deag shots is an addiction thanks to its high skill ceiling. Once you hit one, you become hungry for more.

Raytsou, the fragger who compiled the kills, used a skinless Deagle to headshot 258 players on various maps across CS:GO. The title of the video, “258 Deags,” is a play on words for “One Deag.” They played mostly Dust II for a majority of the clips, but also mixed in some Inferno, Overpass, Cobblestone, and Mirage for the rest of the shots. The maps they excluded are Nuke and Train.

All of the shots are synced with articulated notes from the jolly symphonic tune. Although some timings were off by about 50 milliseconds according to the creator, it doesn’t detract from the amount of time and effort poured into the montage. It’s comparable to a work of art. “I’ve had Can-Can music play at half speed stuck in my head for a few months now,” they said on Reddit.

Raytsou said the project took about four months to complete on a smurf account, a secondary account that many players use to compete at ranks lower than their primary account. Smurfs are generally perceived as scummy because of the skill disparity between fellow players.

“Yes, I used a smurf account, but without it, I never would’ve finished this video,” Raytsou said. “You can judge me for that.” Luckily, using only a Deagle on a smurf is a lot less scummy than playing with all the guns to your full potential.

“They kind of balance each other out since I’m pretty inconsistent with [the] Deagle, but that’s not much of an excuse,” they added. “I was selfish and just wanted to pump this video out as fast as I could, and I really felt bad for the lower tier people who I played with or against.”

Despite the issue of ethics in the creation of the video, the end definitely justifies the means; it’s one of the most satisfying Counter-Strike videos in creation.