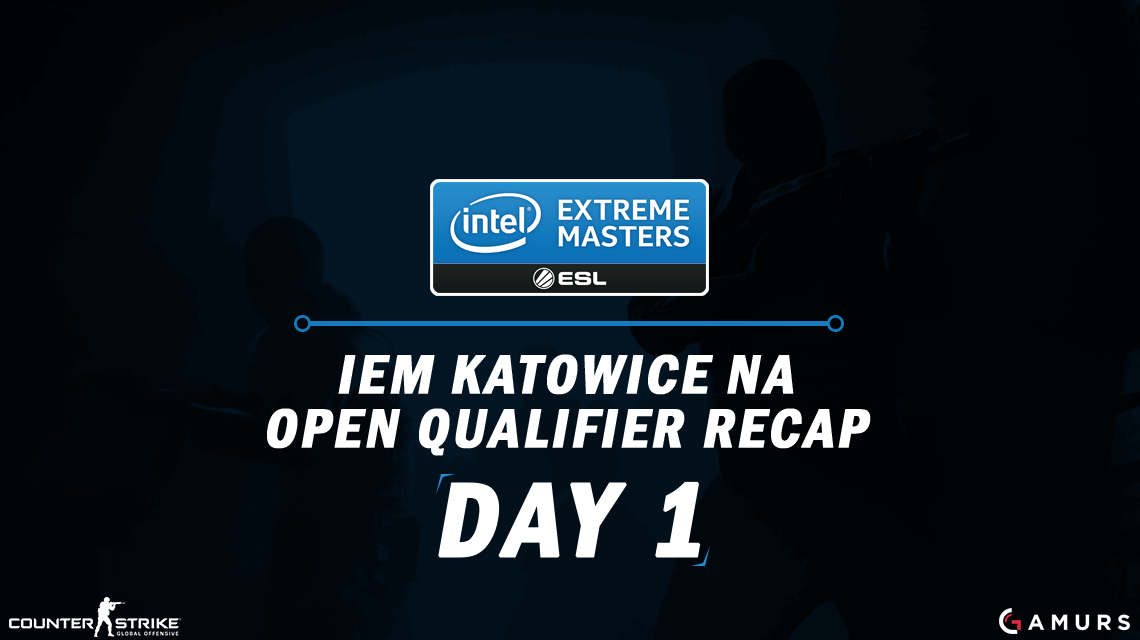 We are through Day One in the IEM Katowice North American Open Qualifier and we have seen some great action in the first four rounds of play.

There were two big matches that really jumped out as highlights. The first was the early upset where Ambition Gamers (the 96th seed) dominated Mythic Reborn, a team of popular streamers and former professional players; LeX, adreN, fl0m, Polen, and summit1g. Two of the five Mythic players started the match off with no kills for the first ten rounds of the match. The struggles of the new Mythic team led to a 16-4 first round loss and exit from the tournament.

The second was another upset; this one coming as Fragadelphia X winners and eighth-seeded eUnited lost to Royal Flush Seven on Mirage; 16-8. The loss was a result of a fantastic first half Terrorist side from RF7 that put them in a comfortable 13-2 lead going into halftime.

After all of the matches in the single-elimination contest, eight teams are still alive in contention to earn their way into the closed qualifier. Those teams are:

It should be interesting to see what two teams will prevail on Sunday and punch their tickets to the closed qualifier in two weeks.

Preston Byers is a contracted writer for @GAMURScom. If you have any comments, questions, concerns, or tips, please contact him via email ([email protected]) or Twitter (@Enblitz).