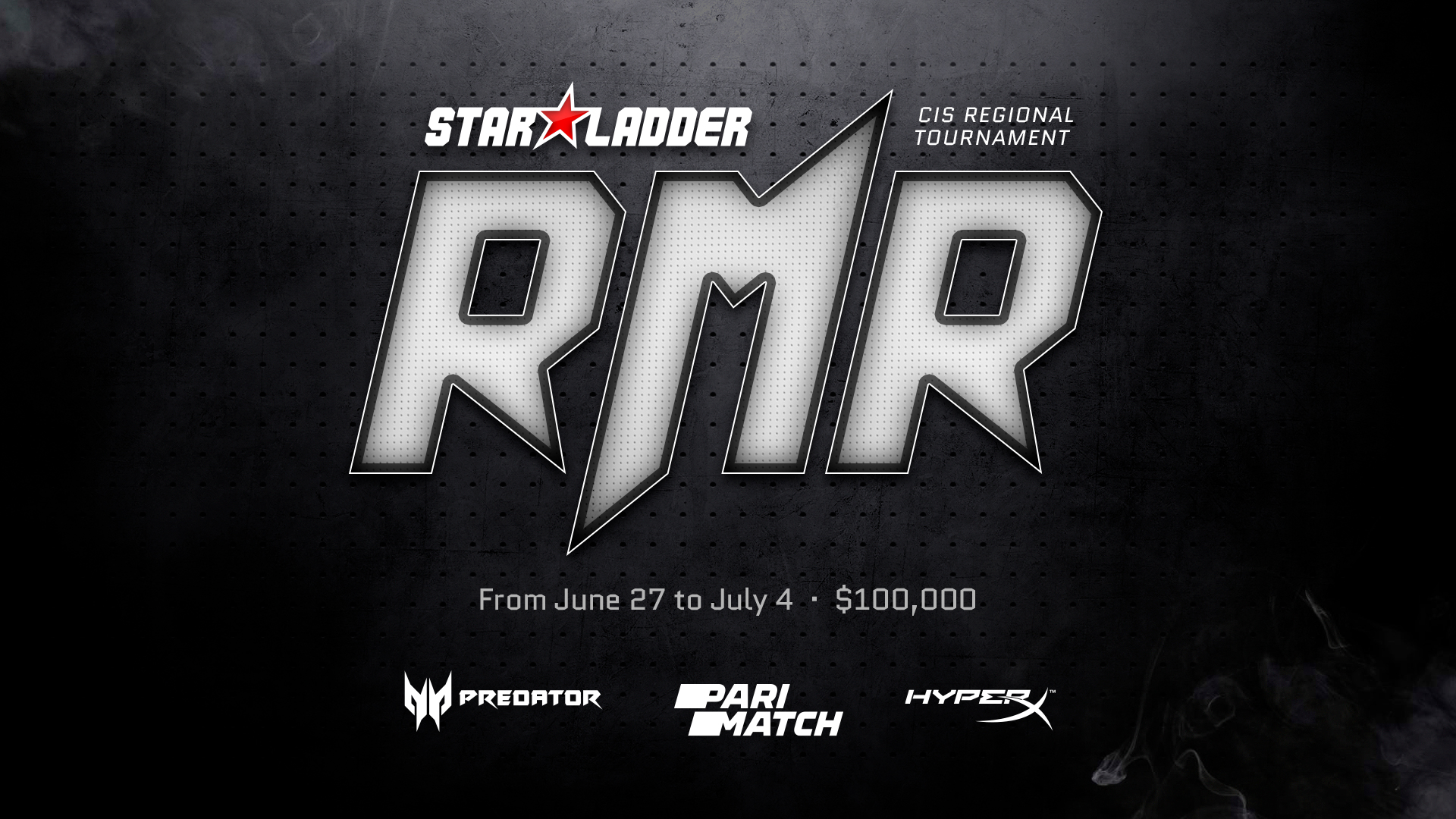 Ten of the best CS:GO teams from the CIS region will compete in the StarLadder CIS Regional Major Ranking (RMR) tournament, starting on June 27 at 9am CT.

RMR events serve as a chance for teams to earn points toward the PGL Stockholm Major, which is scheduled to take place from Oct. 23 to Nov. 7. Team Spirit are leading the race in the CIS region with 1,780 points but are closely followed by Natus Vincere (1,680 points), Gambit, and Virtus Pro (1,600 points each).

Gambit and Na’Vi, though, are the best and second-best team in the world, according to HLTV’s ranking. They’ve been placed in the competition’s Group A and will face each other on the last day of the round-robin stage. Gambit and Na’Vi recently made it to the BLAST Premier Spring Finals grand finals earlier this month and Gambit had no trouble beating Na’Vi 2-0.

Aside from the two best teams in the world, the list of competitors features Virtus Pro, Spirit, Entropiq, forZe, and Akuma, who surprised just about everybody in the first CIS RMR tournament of the year, the EPIC League CIS in May. Practically an unknown team until then, they breezed past Na’Vi and Virtus Pro in the group stage to qualify for the playoffs.

But there’s been controversy around how the tournament was organized after suspicious clips of Akuma’s players surfaced. Fourteen of the 16 teams that attended EPIC League CIS released an open letter asking Valve to look into Akuma’s cheating accusations. The Esports Integrity Commission (ESIC) has come up with evidence related to match-fixing and betting fraud on some of Akuma’s matches, but they’re still playing in tournaments.

All of this combined makes the StarLadder CIS RMR tournament a great one to watch, given that there will be exciting matches and possibly more controversy, especially if Akuma play well again or just bomb out of the event in the early stages.

Here’s everything you need to know about the StarLadder CIS RMR.

The StarLadder CIS RMR will be broadcast on StarLadder’s two Twitch channels since the matches in the group stage will be played simultaneously. If your favorite team isn’t playing on the main broadcast, you can follow them on the second channel.

The 10 teams have been split into two round-robin groups of five teams each that will feature only best-of-three matches. The top two teams from each group will advance to the playoffs and the third-placed teams from each group will play the fifth-place decider match. The playoffs will use a double-elimination best-of-three bracket and the two best teams at the competition will face each other in a best-of-five grand final.

The tournament will kick off on Saturday, June 27 and will end on Sunday, July 4 with the consolation final and grand finals.

Despite all the controversy regarding Akuma and ESIC’s recommendation to not invite them to any tournaments, StarLadder invited them based on their performance at the EPIC League CIS RMR. The tournament organizer, though, has agreed to implement five measures that the CIS teams mentioned in their open letter to Valve, which includes not providing data to any third-party with a delay of less than 20 seconds, setting at least a 110-second delay on all of the tournament’s GOTVs, and recording the voice comms of every team and every player screen.

Gambit are the favorites to win the StarLadder CIS RMR event, given that they won the BLAST Premier Spring Final over Na’Vi, IEM Summer over OG, and beat Virtus Pro in the grand finals of the EPIC League CIS. They’ve won three consecutive trophies in less than a month and all of their players are playing well, especially Ax1Le, sh1ro, and Hobbit. If they win one more time, we can start saying that they’re establishing an era in CS:GO.

Na’Vi need to answer back after finishing in fifth at EPIC League CIS. S1mple and crew struggled against weaker teams at the last RMR event, which shouldn’t have happened given that they proved to be a squad capable of beating the best teams in the world. Will they be prepared to face local teams this time? CS:GO fans will find out next week.