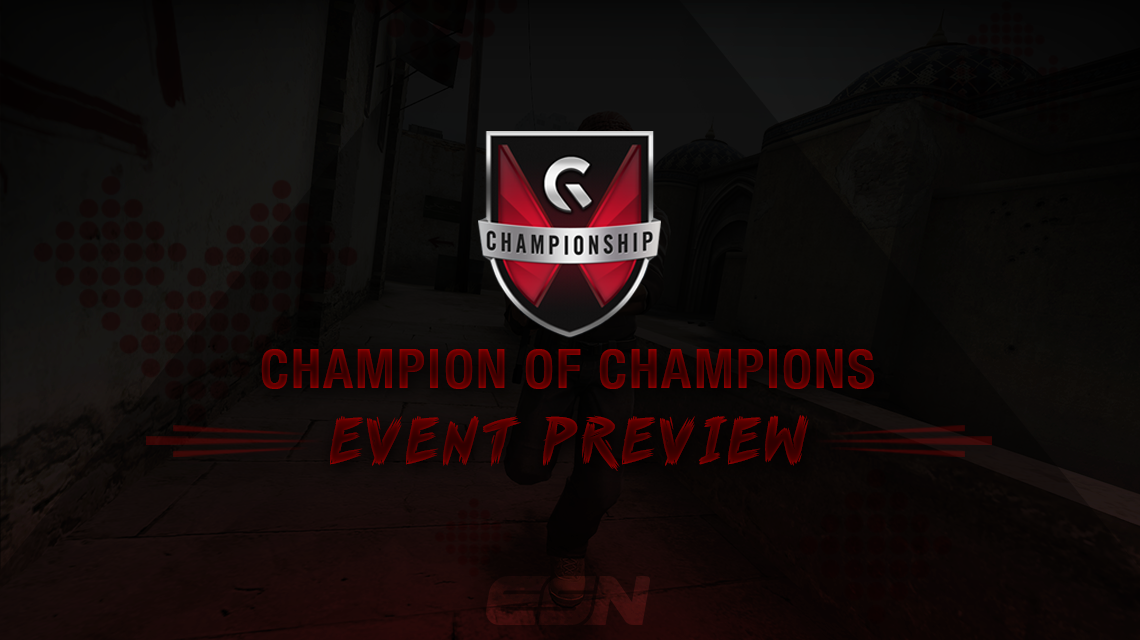 The Gfinity Champion of Champions event for Counter-Strike: Global Offensive is approaching fast, beginning on Sept. 26-27, 2015. This event will feature four teams from previous Gfinity CS:GO events, competing in a Semi-final and then Grand final for a share of the $100,000 prize pool.

The competing four teams were seeded by Gfinity allowing the matches to be set up. The teams will play in a best-of-five knockout format with the winner of each series advancing to the Grand final. The two winners will go on to play another best-of-five series in the Grand final for a chunk of the prize pool and the coveted title, ‘Gfinity CS:GO Champions 2015’.

This tournament showcases a grand prize pool of $100,000, more than previous Gfinity CS:GO prize pools. The prize pool will be distributed as follows:

For this two day special event, there will be a variety of great talent for spectators and online viewers to enjoy. The teams is as follows: Host