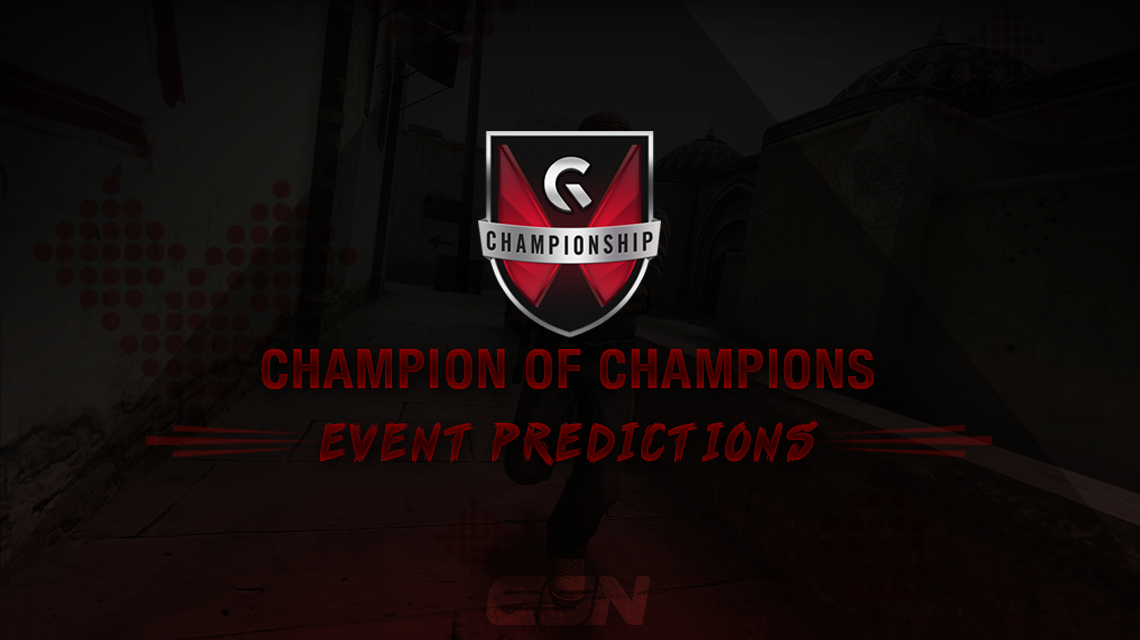 For $100,000 Gfinity Champion of Champions event will see the top four teams from the past events – FNATIC , Team Virtus.pro , Team EnVyUs and Ninjas in Pyjamas – these teams compete for the Gfinity CS:GO Championship 2015. Note : Look out for the people who are italicized.

FNATIC is still the best team in the world, even though not winning ESL Dubai or DreamHack London, the last two tournaments. As always, because of their legendary status and skill, the Swedes have a lot to live up to. FNATIC will need some good performances to succeed, from the best player in the world, olofm and their other fantastic star players. Lately, Flusha has been playing very well, especially at ESL One Cologne where he was the MVP of the major tournament. Since the event will feature best of three’s consistently, FNATIC have a great opportunity to do well since their map pool is gigantic, of course all dependent on if they play well. If FNATIC come back into form, play like they did at ESL One Cologne, this tournament is probably a win. This team can never be counted out, they could have the worst possible form in the previous event and the best in another event, this may sound like inconsistency but it is not. FNATIC realises what their faults were and somehow crawl back to that unbeatable level.

These French giants are coming off with an impressive undefeated win at Dreamhack Open London, the only Dreamhack to be held in Britain. After dominating their group and beating Gamers2. Kinguin they were to face Team SoloMid in the finals. EnVy beat TSM 2-0 with 16-13 being the score for both maps, Dust2 and Inferno. This win may prove that the teams losses against Ninjas in Pyjamas and Virtus.Pro (two teams that will be at this tournament) at ESL ESEA Pro League event in Dubai could have maybe been a fluke. This team hasn’t been together for long and it’s great to see that apEX and KennyS are winning and playing well again. This team has the most star power out of anyone, all players have been fraggers in previous teams. Also, their map pool seems to be slightly more stable after more practice, team chemistry and playing more matches.

A slightly controversial pick but an understandable one now. But, VP have been very dominant as of late, even winning ESL Dubai tournament. The Virtus.Plow seems to be almost consistent now. I think the Poles absolutely have a chance to win this tournament and realistically can beat anyone in attendance on a good day, especially NiP. Their map pool is of course good and probably above average. VP specialise on the lesser played maps and are possibly the best team in the world on Overpass, Cobblestone and Train. It is proven that this team can beat the best.   Neo as their now primary AWPer, Taz having good form and Snax, Pasha playing well again has clearly worked out for this Polish team.

I could have made any of these players the one to look out for because all of them have had up and down performances but I thought I’d choose f0rest since he has been AWPing a lot lately and in fairly impressive fashion. Lately NiP hasn’t played badly and online has won a few of their recent matches and came close to big teams like FNATIC but that isn’t good enough. However, changes seem to be coming and not just one player but rumours like Christopher “GeT_RiGhT” Alesund, Adam “friberg” Friberg and Aleksi “Allu” Jalli leaving NiP. The Ninjas possible lineup could be Patrik “f0rest” Lindberg, Richard “Xizt” Landstrom, Mikail “Maikelele” Bill, Dennis “dennis” Edman and Havad “rain” Nygaard. Which is surprising because GeT_RiGhT and Allu are the best players currently on the team and the only ones that would be even close to consistently fragging. Also, another move possibly on the cards is GeT_RiGhT to Cloud9, the best North American team, so he can fill the role of Sean “[email protected]” Gares who will moved to a coach. Their map pool is all over the place. They don’t have a great map, but can stand their own on each, which may sound like an advantage, but it’s really not.

Who do you believe will win the Gfinity Champion of Champions event for Counter-Strike: Global Offensive? Let us know. Stay up-to-date with event coverage over at our Twitter – @ESNCS.