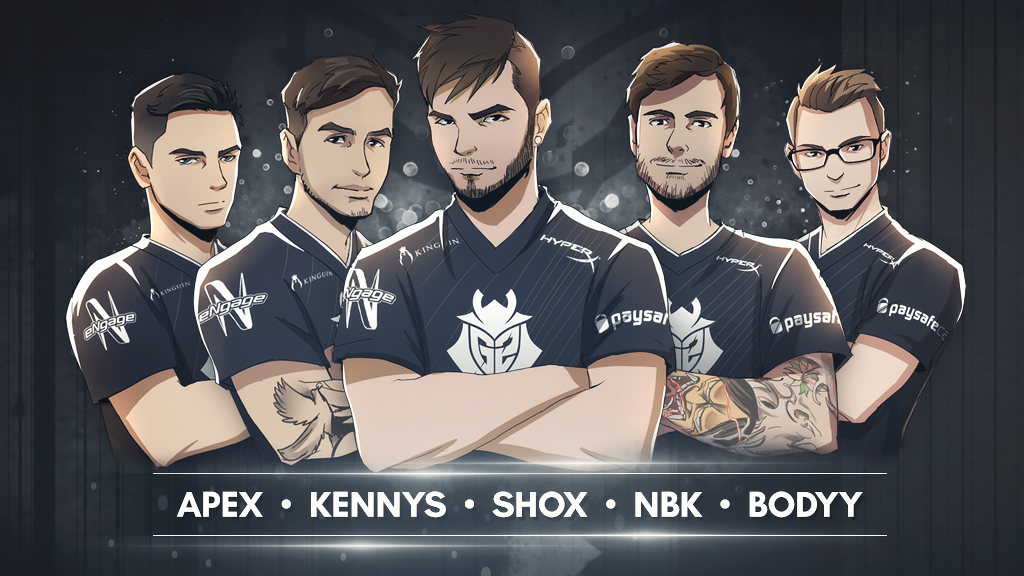 Niclas “enkay J” Krumhorn will be the head analyst for the team and will assist new coach SmithZz in his tactical duties for this French supersquad.

In a statement on G2’s website, CEO and founder of the team, Carlos “ocelote” Rodríguez Santiago, said that, “we decided to increase our commitment in our CS:GO roster significantly with the signing of this superteam.”

This lineup puts together two of the kings in Counter-Strike in one deadly lineup; shox and kennyS. The duo will surely be one of fiercest in the scene now that they are together, with new arrival NBK saying in his statement on the team’s website that the combo “is going to be a deadly one.“

The full statements from NBK, shox, the team’s manager and ocelote can be read on the team’s annoucement here.

Do you think this superteam is capable of challenging world champions, Astralis, for the number one spot? Let us know by commenting below or tweeting us @GAMURScom.