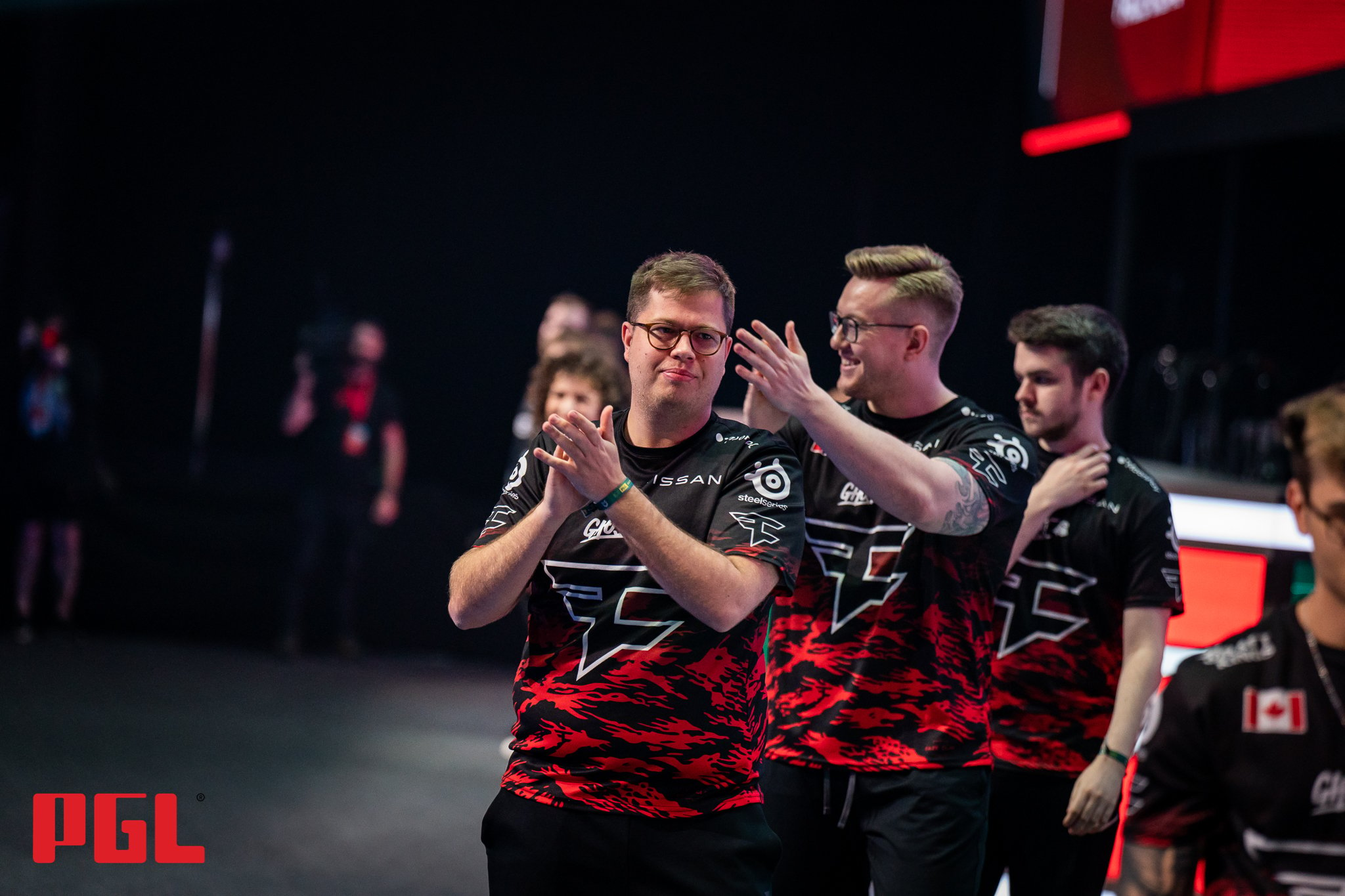 FaZe Clan became the first grand finalists of PGL Antwerp Major after they took down Team Spirit 2-0 today in the first semifinal matchup of the day at the Antwerps Sportpaleis venue.

Even though FaZe swept Spirit, it was not an easy series for them by any means. The international CS:GO powerhouse scraped a 16-13 victory on Mirage thanks to Robin “ropz” Kool’s one-vs-two clutch in the 29th round.

Mirage was back and forth, but it was nothing compared to what both teams played on Dust II. FaZe slowed down after a great start and saw Spirit dictate the rhythm of the game during regulation. The Russians had their chance to close out the game, but FaZe resisted and broke Spirit’s economy at the end of regulation, taking the map to overtime.

Once again, Spirit had opportunities to take Dust II and tie the series, but they fumbled every time they were ahead. The game went to triple overtime and it was then that FaZe displayed their best, which is playing aggressively independent of the side of the map. FaZe showed little respect for Spirit in the final rounds and Finn “karrigan” Andersen closed out Spirit’s casket in the most thrilling way possible: with a knife kill on Abdul “degster” Gasanov, for the absolute delirium of everyone following the game, to win by 25-23.

The second semifinal of the PGL Antwerp Major consists of Natus Vincere and ENCE. They’ll play each other today at 1:25pm CT, and the winner will face FaZe tomorrow at 1pm CT.