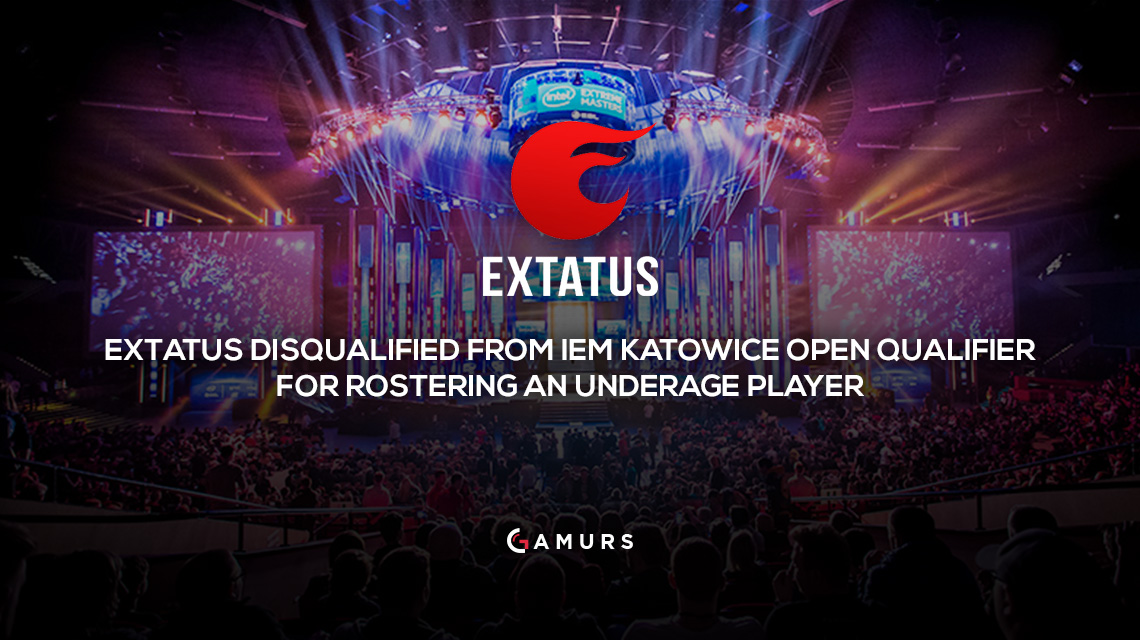 The Czech organization eXtatus has been disqualified from the IEM Katowice Open Qualifier due to one of their players, David “Frozen” Čerňanský, being under the age of 16. The team had just defeated Vega Squadron 2-0, in a series where the winner would make it through to the main Katowice qualifier, before they were disqualified for playing with Frozen, aged 14.

However, this is not the first time that Frozen has played in the IEM Katowice Qualifier, as his team formerly played against Tricked and FlipSid3 Tactics, even managing to record an upset win against the latter. This begs the question that why, if Frozen’s age is something worthy of disqualification, wasn’t it noticed earlier in the qualifying process?

Frozen became prominent in the CS scene for reaching the FACEIT Pro League, a common practice ground for some of the world’s best players, when he was just 13.

GAMURS has reached out to IEM and eXtatus for comments and will update this article with their responses.

Update: Jan Barnet, owner of eXtatus, stated to GAMURS, “The thing is very simple. ESL rules say that players younger than 16 years old cannot play in the offline part of their tournament. It means that online qualication should be able to be played, even with our young talent Frozen. But they disqualified us even during the online part. The fact is that IEM qualification is counted as a part of the ‘process’ connected with the offline part, so ESL made the correct decision.”

What are your thoughts on this situation? Let us know by commenting below or tweeting us @GAMURScom.