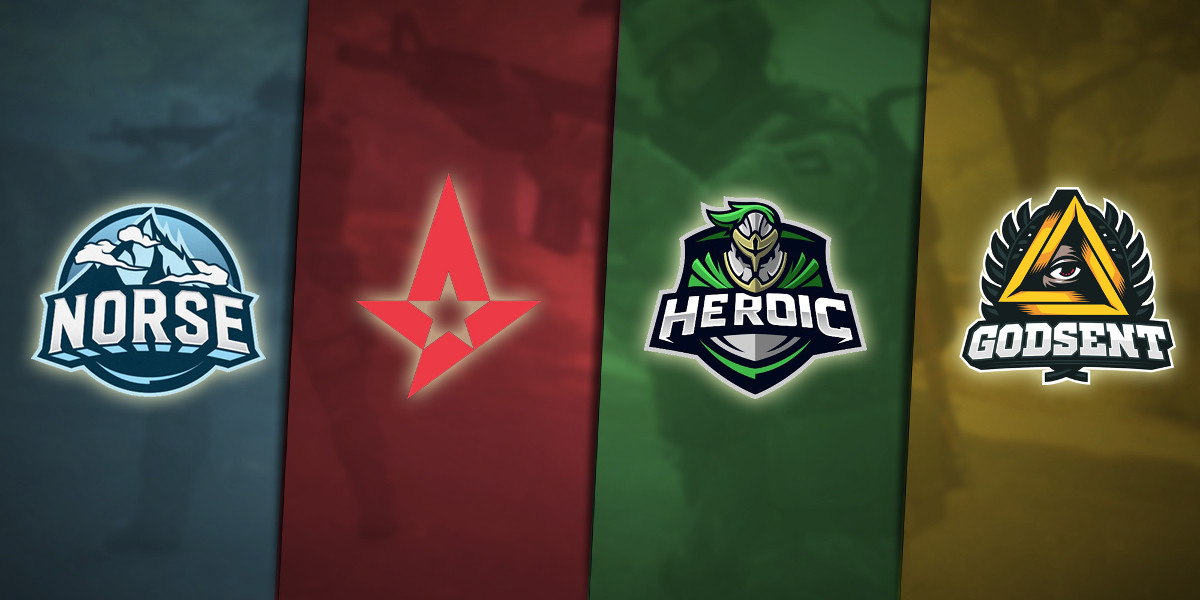 Danish tech investor and serial entrepreneur Nikolaj Nyholm likes the idea of player-owned organizations. That’s why he helps them out. While being involved with Astralis, Godsent, Heroic, and Norse for months, only today did Nyholm officially reveal the agency that represents the teams in commercial activities, media rights, and more.

Nyholm wants to help “create the best esports teams in the world,” according to a statement on the website of his agency, RFRSH Entertainment. But how do they go together, the investor and the player-owned teams? A question that should’ve long ago been answered to full satisfaction. But while promised, the delivery came late.

On Jan. 18, 2016, the day team Questionmark became Astralis, Nyholm initially entered the esports stage. Then still representing Sunstone Capital, an early-stage venture capital fund mainly focusing on technology startups, Nyholm joined forces with Danish angel investor Tommy Ahlers to provide backing for Astralis—an equity funding that made Sunstone and Ahlers shareholders alongside the players. According to Frederik Byskov, managing partner at Astralis, the funding was enough to cover the expenses for 2016, a figure of at least $1 million, as Byskov indicated in an interview with The Esports Observer.

Even though former Fnatic in-game leader Markus “pronax” Wallstein revealed GODSENT on Apr. 4, 2016, it took up until Aug. 15 before Nyholm made his second, widely-unnoticed appearance in Counter-Strike: Global Offensive esports.

In a TwitLonger, GODSENT announced the addition of former Fnatic players Jesper “JW” Wecksell, Robin “flusha” Rönnquist, and Freddy “KRIMZ” Johansson, while Fnatic gained former GODSENT players Jonas “Lekro” Olofsson and Simon “Twist” Eliasson in return. The so-called “Swedish Shuffle” was one of the most heatedly discussed roster moves in 2016. It overshadowed the second announcement GODSENT made simultaneously: The commercial partnership with Nyholm’s agency to represent marketing and media relationships on behalf of the team.

By the end of September, Nyholm announced his partial departure from Sunstone but didn’t officially reveal his ownership of RFRSH, yet. The only public evidence of his involvement with RFRSH was the domain registration by Nyholm on Jun. 15, 2016.

Roughly two weeks after the “Swedish Shuffle,” another player-owned organization was born: Heroic. Founded by the former players of SK Gaming, Heroic followed the example of Astralis and GODSENT and launched their own team, accompanied by the promise to announce “the partners who have helped make Heroic a reality” soon. For more than three months, it remained an unfulfilled promise. But, almost unsurprisingly at this point, Heroic went into a commercial partnership with RFRSH as well. With the official launch of RFRSH’s website today, it has now become clear that a fourth organization makes use of the agency’s services: Norse, a Norwegian CS:GO team owned by its players.

It’s unfortunate that Nyholm didn’t live up to his promise earlier to “talk publicly about things in just a few weeks time,” as stated on his blog on Sept. 28. The same holds true for Heroic, which didn’t fulfill its pledge until today when the team was listed as a client on RFRSH’s website. Preaching transparency while hiding away important details, whether intentional or not, is risky. People will naturally assume something shady is going on.

And Nyholm agrees with that notion.

“We have an interest to be as open and transparent as possible. But we were simply not ready back then. We learned a lot in the meantime. It’s not an excuse but an explanation,” Nyholm tells Dot Esports.

RFRSH Entertainment is now fully set up. The agency offers services for esports teams, established and newly created alike. For one, the teams receive sports-related support. The agency has set up a 600sqm training facility in Copenhagen, Denmark, including three “state of the art practice areas and a players lounge.” RFRSH also represents the teams when it comes to commercial activities and media rights. Nyholm names the American talent agency WME | IMG as an example of how his own agency is supposed to work. A financial interest in the form of holding shares doesn’t exist, Nyholm tells Dot Esports.

“Currently, we’re not shareholders but we won’t rule that out for the future,” Nyholm said. “We’re setting up an investment company on the side that is supposed to directly invest in teams and organizations.”

Then again, Nyholm’s agency is backed by two, now familiar, names: Sunstone Capital and Tommy Ahlers, which provided the initial funding for Astralis. Generally speaking, Nyholm has gathered a very interesting group of people to run his agency. One of Astralis’ co-founders, Jakob Lund Kristensen, left the team to join RFRSH. Former head referee at ESL, Graham Pitt, has found his new home at the agency. And Kasper Hvidt, a former Handball goalkeeper for the Danish national team, has also joined RFRSH.

Astralis, Godsent, Heroic, and Norse reject the old way of simply signing to an organization. These players want to get rid of orders from above and decide as much for themselves as possible. By the looks of it, Nyholm’s agency is well-positioned to enable just that and, in a best-case scenario, everyone involved benefits. Is the Scandinavian model of player-owned orgs, investor-backed and agency-supported, superior to traditional orgs? Only time will tell.