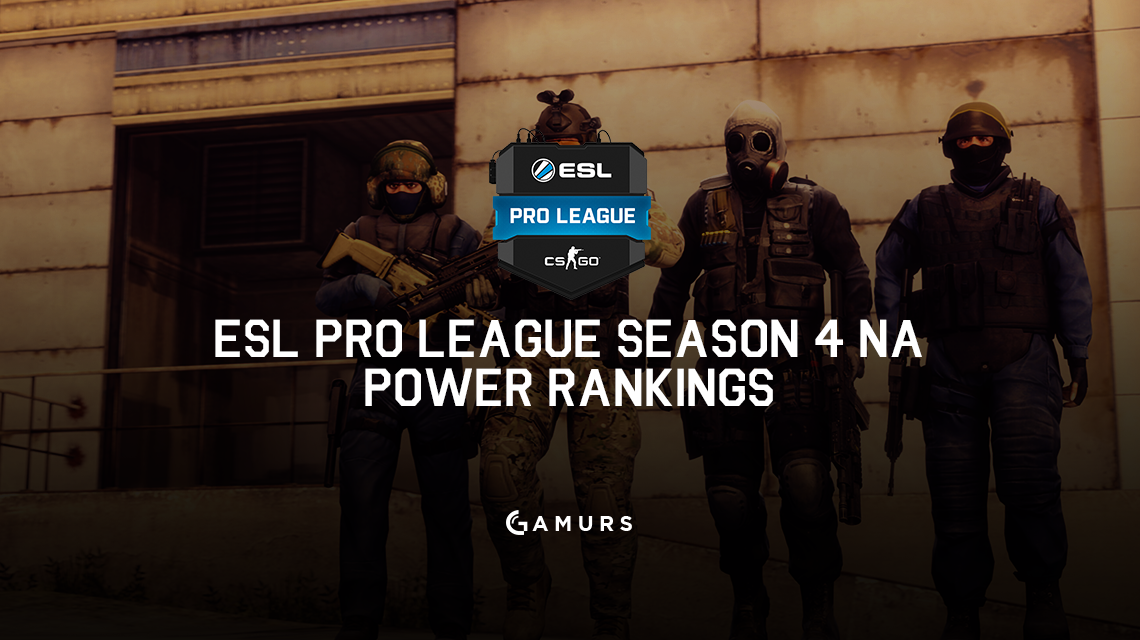 The sky blues’ perfect record in Pro League received a scare in the form of Renegades, narrowly winning an incredibly entertaining game on Mirage 19-16. Everyone in the server showed up with the bottom frag having 23 kills. It was a great performance from Tyler “Skadoodle” Latham (18 of 27 kills with the AWP) that made the difference on Mirage, as Cloud9 swept both Renegades and basement dwellers eUnited

It won’t make up for the humiliations of MLG Columbus and ESL Cologne 2016, but Liquid should feel really good after 2-0’ing SK Gaming and giving them a rude awakening to start the season. Jacob “Pimp” Winneche put in one of his best performances for Liquid on Cobblestone, ending the game at an impressive 27-3-8 and a plump 103.5 ADR. He has shown very promising highs under Liquid but still he (and this team) struggles with consistent form, losing both maps to Renegades after finally prevailing against their Brazilian rivals. An important note: even if Luis “peacemaker” Tadeu cannot IGL under Valve’s new rules, his ability to expand Liquid’s map pool, with Cobblestone being the gem in the crown, may see them go far in Pro League and other ventures.

Despite all the anti-Immortals slander that goes around, more often than not, they show that they are not to be messed with. They outfragged Renegades in an explosive game on Cache 16-13 then flat out stomped them on Cobble 16-2. On Cache, Henrique “HEN1” Teles was the story again, grabbing a whopping 21 kills with the big green gun. The Cobble game was another work of art as all five Brazilians racked up more kills than their Australian counterparts. If Immortals continue to put up performances like this, then the playoffs are a certainty for this lineup.

Renegades’ 16-2 loss to Immortals on Cobble is probably a concern for their map pool, but hot damn did they show us that they are still a talented lineup. They nearly handed undisputed number one Cloud9 their first loss, 2-0’d the runner-ups of ESL Cologne 2016, and then proceeded to 2-0 the major champions with a 16-0 to boot. In week one, I mentioned Echo Fox’s lack of a star player as a weakness. Renegades also lack a true star, but here, I give them the benefit of the doubt due to their ability to turn up against anybody. Ricky “Rickeh” Mulholland continues to prove his worth and has given this team the life it needed to become explosive again, while Justin “jks” Savage and Karlo “USTILO” Pivac continue to put in top drawer performances. Like I said with Immortals before, if this team can be consistent, they can undoubtedly do damage.

Another week of inactivity for Echo Fox. They’ll have a decent test coming up for them in the form of NRG in week 4.

OpTic also took the week off, after a stronger week two compared to their first. They have what could be a tricky series on their hand against Splyce in week 4, especially now that they finally have their full lineup of five. Still, OpTic’s stock has been on the rise so it should be a relatively comfortable win for them.

NRG showed much better form this week compared to their 2-0 drubbing at the hands of Immortals. Johannes “tabseN” Wodarz put on an absolute clinic, dropping an incredible 42 frags against eUnited on Overpass. He and his international brothers would have handed SK Gaming another loss on Dust2 had it not been for a heroic 30-bomb from Marcelo “coldzera” David. Their 2-0 against Winterfox was a total massacre with all five NRG players outfragging their Australian counterparts across both maps. This is the lineup that garnered a lot of respect from their performances in ELEAGUE. Hopefully, they can find consistency, as all other teams struggle to find it.

eUnited’s triumph over Immortals on Dust 2 looked like one of the upsets of the season, but now it really only looks like a fluke when compared to the absolute crushing that SK received in their first week back in Pro League. The season 3 and current major champions received a big-time reality check getting 2-0’d by previous slapping boys Team Liquid and previously forgotten Renegades.

All the praises for coldzera and co. will now be under heavy consideration following their poor performances with stand-in Gustavo “SHOOWTiME” Gonçalves. Nothing will take away from them being the current best team in the world but the absence of long-time support and frequent entry Fernando “fer” Alvarenga has clearly affected this lineup in ways no one could have imagined. Perhaps it was too much to expect of SHOOWTiME, who was not even good enough to cut it on Brazilian compatriots Immortals, but the rest of this team should never let themselves be done as they were by Renegades, getting marvelously 16-0’d on Dust 2, payback perhaps for the dual 16-0’s the Brazilians handed the Australins when they were still Luminosity (16-0 on Cobblestone at iBUYPOWER Cup 2015 and 16-0 on Train at ELEAGUE Season 1).

Even outside of the Renegades series, SK struggled mightily, losing to Team Liquid for the first time in the lineup’s history and also nearly dropping a map to NRG. Perhaps even the best team in the world is not immune to early season jitters, but the hope is it can’t get worse from here. Considering coldzera’s fit of rage on Twitter which prompted him to deactivate his account, it doesn’t look like a certainty.

Winterfox took care of business against bottom half brethren Counter Logic Gaming then got well and truly crushed by NRG. Perhaps then, it was fate that kept them from playing SK Gaming (and perhaps, vice versa). Like last week, their presence on the AWP was very weak, giving up more AWP kills to the other team on three of the four maps they played this week—on Cobblestone, Stephen “reltuC” Cutler managed to grab the most AWP kills in the server despite only managing a measly 8 frags with it. Winterfox have shown they can frag out, but there are bigger problems this team needs to address.

compLexity fall mightily due to the performance of the teams around them, but got to breathe for a week while those teams duked it out. Rumors have begun circulating that Shawn “witmer” Taylor is to be replaced by Corey “APE” Bate, and while the move is an upgrade, it still isn’t enough to consider compLexity anything but a placeholder in the league. Week 5 will be their breaking point when they face Echo Fox, Renegades, and SK Gaming.

Selfless pulled themselves up by their boot straps in week 3 and finally put up a W on the board with all five of Ryu’s men outfragging their CLG counterparts in the 16-5 win on Dust 2. They nearly took Cobblestone as well on the back of Matthew “no_one” Congdon’s 31 frags, but tragically fell in overtime losing 19-15. Any win is a good win for Selfless, but their place in the league also looks set near the bottom of the table. At least it’ll make for some good analysis from Ryu.

Life after Tarik “tarik” Celik and Josh “jdm” Marzano continues to be a struggle. On Dust 2 against Winterfox, they lost the second half pistol round after being down 10-5 but managed to go on a 6-round win streak after the first gun round. It was not enough as Winterfox closed out the following two rounds. On Cobble, they managed a 9-6 lead as the CT side, but were weak on the offensive, only winning 4 rounds. They valiantly fought off Selfless on the same map, winning 19-15 in overtime, but were outclassed on Dust 2. This team still has some fight in it, as evidenced by the performances of James “Hazed” Cobb and Kenneth “koosta” Suen on Cobble and Dust 2 respectively, but with the up-and-down form of all their players, namely the young stars Ethan “nahtE” Arnold and Yassine “Subroza” Taoufik, this season looks grim. Hey Cutler, go slap koosta and put him back on the AWP. NA CS needs it (and so do you).

Splyce also fall on the virtue of many other teams stepping it up but they will have plenty to look forward to in the form of Mongolian import Enkhtaivan “Machinegun” Lkhagva. They face a challenge in OpTic Gaming but both teams are looking to find consistent form, so it may prove to be an interesting series.

How did Immortals lose to this team? eUnited played both Cloud9 and NRG on Overpass and Mirage, and were wrecked on all four occasions. In fairness to them, they have faced some of the better teams in the league and have yet to take on one of the teams closer in rank to them, but if I have to be honest, the only question I have for this lineup is who they’re going to be facing in the relegation match a few months from now.

All statistics provided by HLTV. Send preliminary trade offers so I can reject them to @ohwhatitsmeels.