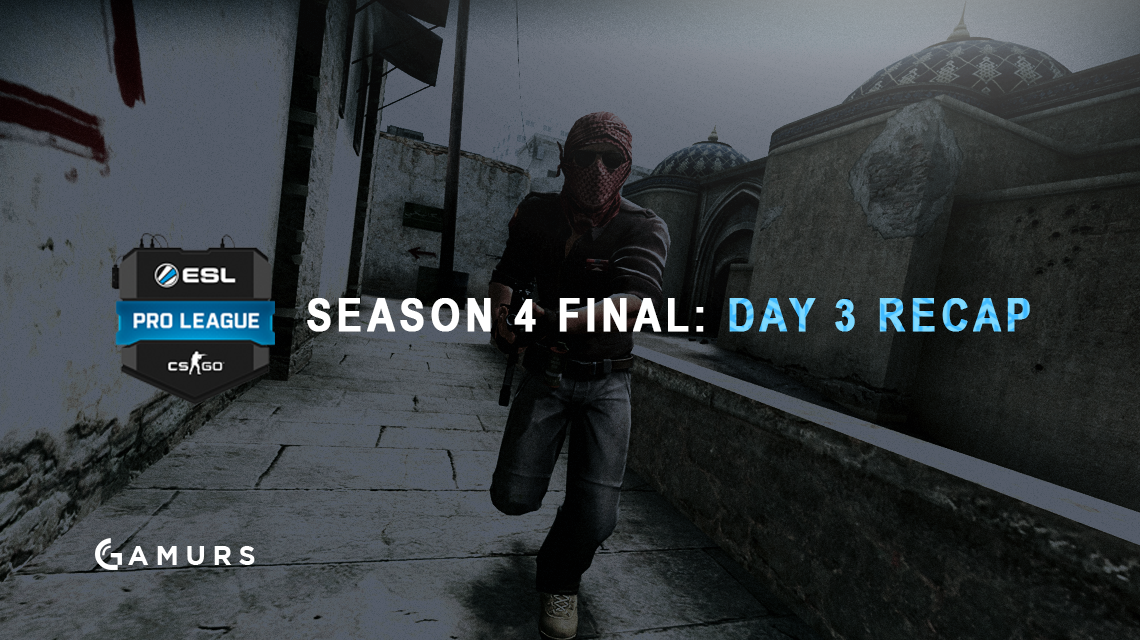 The third day of the finals for the ESL Pro League’s fourth installment has come to an end, and we’ve witnessed some real nail-biters in the stadium today. Made all the more awesome by the electric Brazillian crowd roaring throughout each game, here is how all of today’s matches went down.

One of the most remarkable comebacks, coupled with one of the most horrific chokes took place today, as Immortals forfeited their 13-2 lead to Team Liquid, ultimately losing 16-14. NRG surprised us once more with a performance above what most would have expected from the team, taking Finn “karrigan” Andersen’s FaZe to overtime on Dust II, though eventually losing 22-20. Nevertheless, this offline performance has shown NRG in good light, as although being monstrously outmatched by their opposition, they took two matches to at least the 30th round.

What did you think of day three of the ESL Pro League Season 4 Finals? Let us know below or with a tweet @GAMURScom.