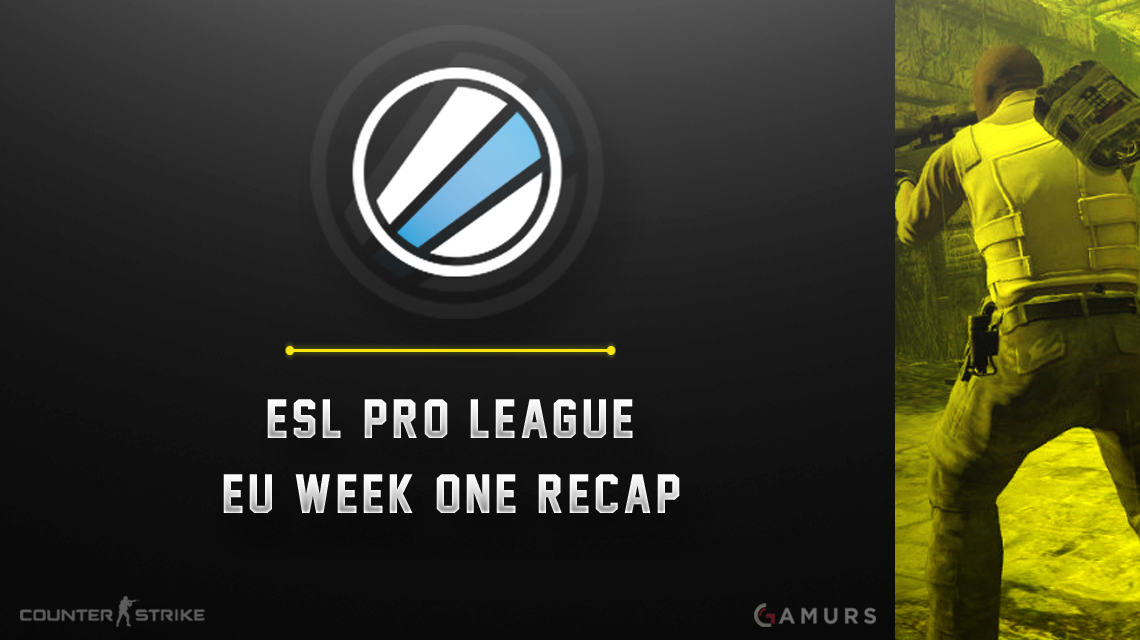 In its first week of ESL Pro League action, the European side of the league has had nine teams already diving back into some competitive Counter-Strike weeks after ESL Cologne 2016.

FaZe Clan and Team X (ex-SK Gaming) had eight matches to compete in. Meanwhile, Natus Vincere, Ninjas in Pyjamas, Virtus.pro, Astralis and G2 Esports all had four matches. HellRaisers and Team EnVyUs also had two matches this week. Mousesports, FlipSid3 Tactics, Fnatic, PENTA Sports and Team Dignitas have yet to play a match in the Pro League thus far.

Here’s a quick rundown of the matches played in Week One.

– Virtus.pro vs. Ninjas in Pyjamas

– Team X vs. Ninjas in Pyjamas

What did you think about the first week of action in the ESL Pro League? Let us know by commenting below or tweeting us @GAMURScom.